This video describes the military situation in Ukraine on the 15th of August. 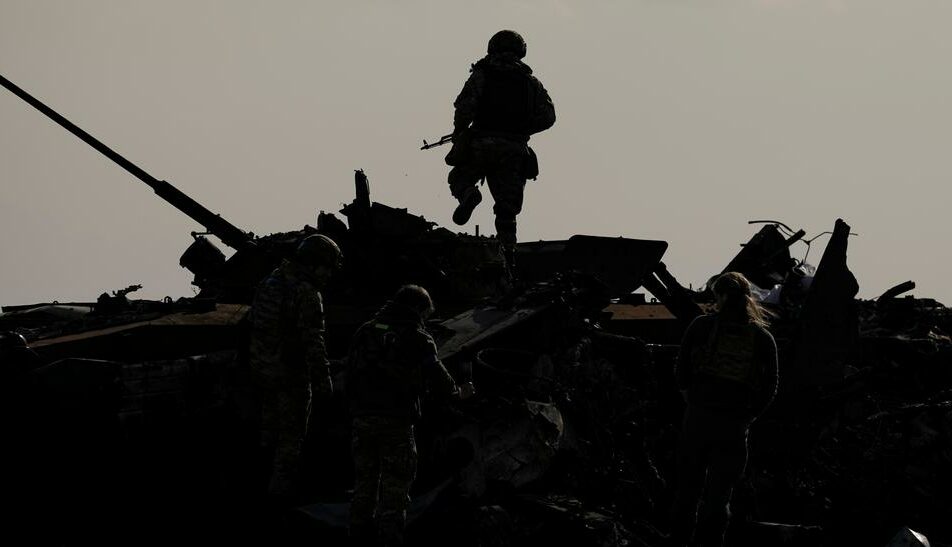 Thirdcasket
It is often the UK who directs the US. In Libya, the British and French were very culpable, then witch hillary got involved too. The US gets all of the blame for everything but is the UK the worst culprit? Our people are spied on to the nth degree and our PEDO insitutionalised problem is DIRE.
The British, US French and Israel are not a force for good.

SobringMeMyBroadsword
United Kingdom…… hmmmm. Well , you know the old saying, “Mess with the bull, you get the horns”. It is one thing (reprehensible) to give arms to the UkroNazi’s, but quite another to actually manage their military, provide targeting data, and most likely, operate these weapons systems. Not much of a distinction I suppose, but I would rate it an act of war, for either the UK or USA, to utilize their actual human assets, to operate said systems, and by default, be complicit in the killing of Russian soldiery. Sounds as if Dima is giving a lot of sway, to the USA in this matter, and barbecuing the Brits. Apparently the intelligence concerning UK’s is solid. I seriously doubt the UK will escape a “payback” reprisal….. but probably not immediate, because the Russians are both patient and smart. You know, sometimes WAITING / PREPARING for a reprisal is part of the punishment, simply not knowing how or when. You know the saying …..”The coward dies a thousand deaths, the brave only once”.

EndOtime
It’s frustrating to watch but Russia is using a very effective strategy against the Ukes. It called “the revenges of time”. Russia knows that US foreign policy staggers about on the whims of drunken Congressional leader and sycophants. It also understands that the passage of time makes it more and more obvious to Western populations that their governments have backed not only the losing side Geo-politically; but destroyed their economic stability in the name of backing Neo-Nazi ideologists at the center of the Zelensky coup.
The once great flow of arms and money did not produce the results America needs/needed it to in order to justify further support. Ukraine is bankrupt and international lenders are not lining up to finance a losing war effort; they’ll happily wait for the Zelensky mob to be thrown out then buy up the left overs at pennies on the dollar. That is what Russia is doing as well.
Russian forces seems quite happy to simply grind whatever treasure and manpower the Ukes are willing to send; they have be very effective in using rear attacks to weaken rotational supports and the increasing news of desertions shows a crumbling morale. The Ukes have had some media success showing HI-MARS attacks on Allied target but these are one off events made by well-hidden dwindling assets directed from NATO aligned Intel organizations.
Time my friends is delivering the cold true of realization to Zelensky and his Nazi brethren; they too are be sacrifice on the altar of failed American policy as they watch the end pace of USD hegemony quicken around the globe. A cold and hungry winter awaits Europe so how can the Ukes expect anything better.
Be Well

SobringMeMyBroadsword
Also, more reporting on the nuclear power plant shelling (by Ukraine). Why has the UN (a worthless Star Wars bar scene), not spoken up (against), this shelling of the largest nuclear plant in Europe? This is WAR CRIME, and their silence sanctions it. The Russians need to nip a nuclear disaster in the “bud”, before “a nuclear event” occurs, by threatening (promising) a similar crippling event…. near oh, say Poland (but on Uke turf), or Lithuania, then maybe “cooler heads” in such countries would prevail upon the Comedian, and stop this non-sense.

EndOtime
Also Russia is obviously showing NATO, EU and the Americans that it can do more with less. The West has done its best thru the Ukes and achieved nothing. The West cannot escalate the situation in Ukraine because if Russia decides to mobilize why would it stop at Ukrainian borders? It would only make sense for Russia to push NATO out of the Baltic and then crush Finland, Sweden and the darling Norway back into the abyss from where their useless nations have risen their heads from. The West does not want to poke the Bear too much lest it stop respecting the “peace” Europe claims to want.

AsylumBoss
Rothschild filth control my country, the UK, and they also own most of the farmland in Ukraine, thats why our military are their bitches.

EndOtime
Hard truth, if elections were held in America and Russia tomorrow; would Biden win in the USA and would Putin win in the Russian Federation?
Also howmany American would actually vote for Putin? given that he is an actual leader who would fight for his people over special interest?

EndOtime
Misdirection is one of the oldest tricks in the book; rapid public info fingering the UK Intel agencies is most definitely wrong. Pathetic close ground cover for those whom are now in the midst of heavy scrutiny. American, NATO, Canadian,British and even French are and have been on the ground in Ukraine. The idea that these ops are carried out with just “Intel” is a crock of shit. The main reason that so few advanced systems have been sent to Ukraine is that there are so few Western forces there to use them. The west uses it electronic inlet and Satellite surveillance to find holes in which to deliver their attacks. Grand plans require grand schemes; but truth is, on the ground where the dirty work gets done is where Russia has been hitting them. The past attacks in Odessa where not leaked out so loudly and followed by extreme outrage over a few targets of nothing. I believe the rotational hub of NATO troops was hit and many loses were incurred. That is to say the crews running the CIA/British?French Intel troops were eliminated. These bodies will have to be explained back home on American soil – most unpopular to the image of American invincibility. The American will have no choice to undertake an assessment of their own regarding how vulnerable to infiltration their communication line are in the field and why every attack they make is followed up by a destruction of their free mobility for these “hidden” networks surrounding deployment of the Himars systems. -as Homer Simpson would say – “DuH”

PrevPrevious200% Rise in Neonatal Deaths or Spontaneous Abortions and Miscarriages in Scotland
Next14 FBI Whistleblowers Have Come Forward: Rep. JordanNext