“Fourteen FBI agents have come to our office as whistleblowers, and they are good people,” Jordan told Fox News. “There are lots of good people in the FBI. It’s the top that is the problem.”

“Some of these good agents are coming to us, telling us … what’s going on—the political nature now of the Justice Department … talking about the school board issue, about a whole host of issues,” he added.

Two months ago, Jordan said that six FBI whistleblowers approached the committee. Two came forward about a memo related to alleged violence and intimidation at school board meetings and four in connection to the Jan. 6, 2021, Capitol breach. In the Senate, meanwhile, Sen. Chuck Grassley (R-Iowa) said in July that whistleblowers had come to his office to provide information, including disclosures relating to investigations into Hunter Biden’s overseas business dealings.

“It’s becoming a well-worn trail of agents who say this has got to stop, and thank goodness for them and that American people recognize it, and I believe they’re going to make a big change on Nov. 8,” Jordan said, referring to the midterm elections.

In June, Jordan sent a letter to FBI Director Christopher Wray warning that several former FBI officials were coming forward, while alleging the agency is “purging” employees who have conservative views.

“In one such example, the FBI targeted and suspended the security clearance of a retired war servicemember who had disclosed personal views that the FBI was not being entirely forthcoming about the events of January 6,” Jordan wrote in a statement. “The FBI questioned the whistleblower’s allegiance to the United States despite the fact that the whistleblower honorably served in the United States military for several years—including deployments in Kuwait and Iraq—valiantly earning multiple military commendation medals.”

It comes as Republicans stepped up calls on Aug. 14 for the release of an FBI affidavit showing the justification for its seizure of documents at Trump’s Mar-a-Lago home.

A search warrant released on Aug. 12 after the unprecedented raid on Aug. 8 showed that Trump allegedly had 11 sets of classified documents at his home. The Justice Department also claimed to have had probable cause to conduct the search based on possible Espionage Act and obstruction of justice violations.

Republicans are calling for the disclosure of more detailed information that persuaded a federal judge to issue the search warrant, which may show sources of information and details about the nature of the documents and other classified information. 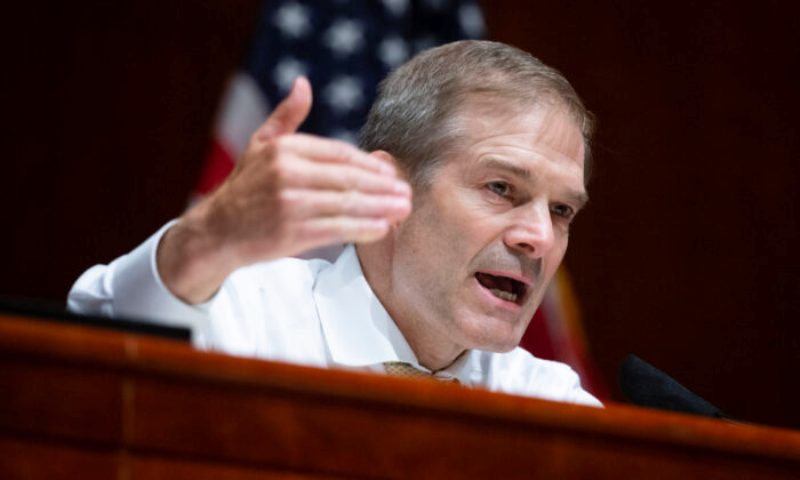