It doesn’t matter if it was the FBI or Facebook leadership who decided to censor the Biden laptop story.

Mark Zuckerberg’s apparent revelation on Joe Rogan’s podcast is currently receiving a good amount of media attention—as it should.

Zuckerberg stated that the FBI tipped Facebook off about “Russian propaganda” right before the release of the Hunter Biden laptop story. The nation’s preeminent federal law enforcement agency taking action to influence the outcome of a presidential election is certainly worth looking into.

When pressed about disclosing the exact text of the alleged FBI request, Zuckerberg has responded that the agency never actually put any of its apparent warnings in writing.

Facebook’s parent company META was quick to slightly backtrack the statement and say that the information relayed by its CEO was nothing new.

Due to “Russian interference” in the 2016 election, and according to its own intelligence reports, the FBI was expecting an upcoming dump of more “disinformation” and was simply warning the social media company based on a general pattern.

The problem is that the FBI already had the laptop in its possession (obtained in 2019) when Zuckerberg stated that he was ordered to “be vigilant” for an imminent wave of fresh lies coming from those pesky Russians. The implication is that the FBI was knowingly prepping the various social media platforms to censor information that it actually knew to be true.

And not only true, but harmful to one specific presidential candidate. Simultaneously, stories that include abject lies about former President Donald Trump were free—and still are free—to float around the Twittersphere and Metaverse with impunity (if not being actively boosted by site administrators). 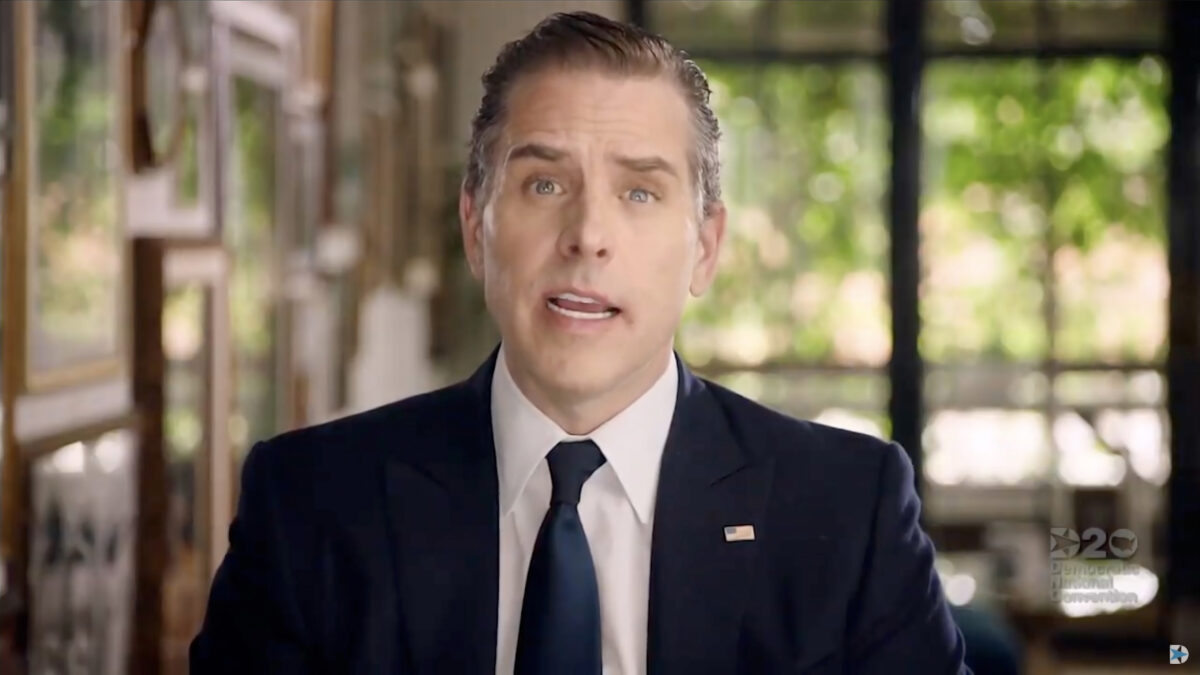 Did Zuckerberg accidentally let slip the fact that the militarized arm of the federal bureaucracy was actively influencing the American election in favor of its preferred candidate? And if so, why would they do such a thing?

The partisan actors in America’s intelligence and federal law enforcement agencies clearly dropped the ball in the 2016 election. They wrongly assumed an inevitable Trump loss to Washington-darling Hillary Clinton and thus allowed the situation to play out.

The view from America’s metropolitan power centers and “cultural” hubs reaffirmed the forgone conclusion. The institutions that were in place—news media, the entertainment industry, the Washington establishment, including the Republican Party itself—were trusted to have created an environment in which no political outsider could win the presidency. Especially one who was put through the onslaught they leveled against Trump. No one could endure that.

That trust turned out to be unwarranted.

It’s hard even now to emphasize the panic that took place in Washington on the eve of Nov. 8, 2016.

Social media was hammered for its inability to actively work against the Trump campaign. The federal bureaucracy—not only the FBI, but all intelligence and law enforcement agencies, regulatory bodies, and executive institutions generally—was thrown into a tailspin with the imminent arrival of a populist leader who couldn’t be trusted to bend the knee like previous Oval Office residents.

To their credit, they did try to make up for 2016 by hindering the 45th president’s administration at every turn, indicting, arresting, and investigating his allies and himself, as well as crafting the story that Russian propaganda was a deciding factor in 2016 (one look at the “evidence” gathered by congressional investigatory committees is enough to convince any normal American who still practices the lost art of common sense that it was negligible at best). Perhaps they resolved not to leave 2020 to electoral chance.

The other apparent explanation for Zuckerberg’s comment is a reasoned decision to provide a cover for the fact that it was actually Facebook that took the initiative in censoring the story. It’s certainly no stretch to imagine that this is the case.

The institution clearly preferred Joe Biden to Trump. The glaring left-wing bias of social media leaders and employees is a secret to no one. Many have additionally questioned the influence of Facebook in pouring tens of millions of dollars into 2020 voting initiatives that were overwhelmingly located in districts that heavily leaned Democrat (the influx of “Zuckerbucks,” as it is commonly referred to).

Did Zuckerberg assess this as an opportune time to scapegoat the FBI? The institution is currently experiencing record low levels of public trust given the recent Mar-A-Lago raid, so it’s not a crazy hypothesis that Facebook was attempting a low-cost way to clean off its public image by kicking Washington when it’s down. 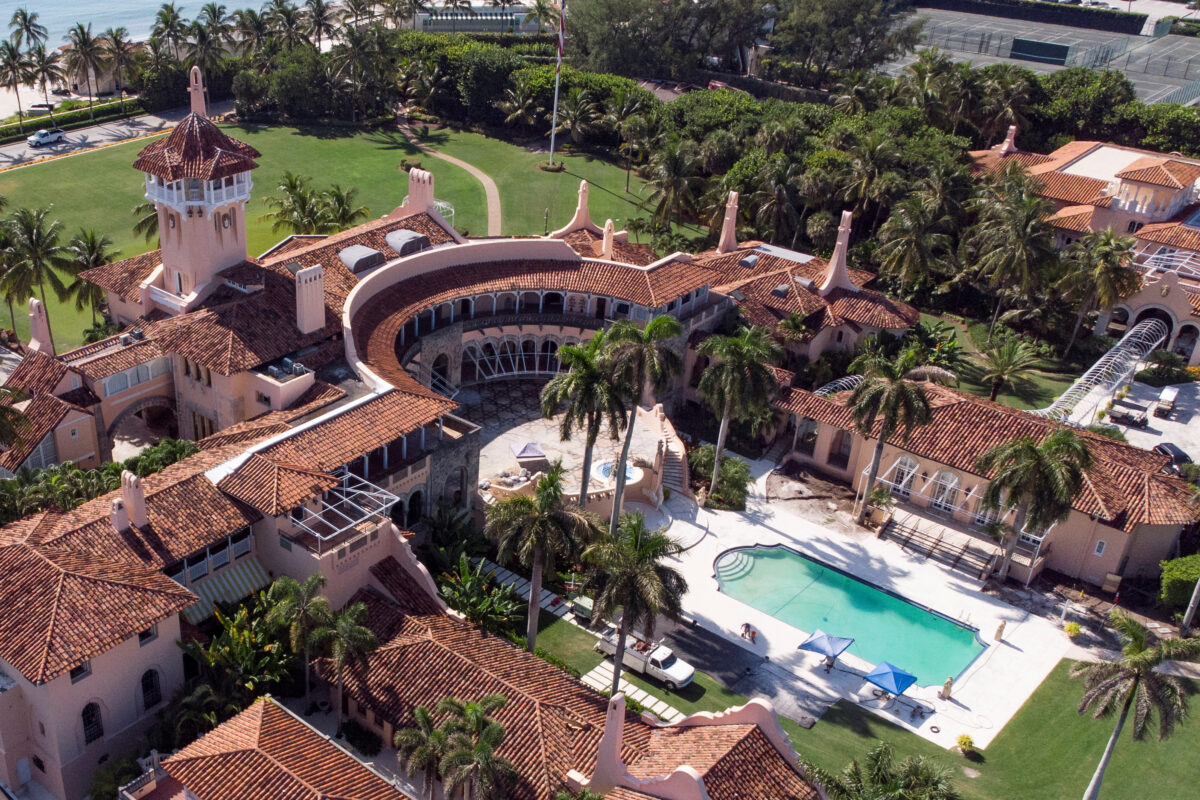 The truth is that it doesn’t really matter. The answers to these questions are largely irrelevant.

Posing it as an “if, or” is predicated on the false premise that the FBI, the Washington-based establishment in general, and the various mediums of information distribution are separate entities that do not coordinate with one another to ensure favorable outcomes for themselves.

Those favorable outcomes happen to be categorically opposed to the interests of the American population. Little surprise there.

Social media entities like Facebook serve as the primary arbiters over the information that is relayed to the American people. The narrative is largely curated by the corporate “mainstream” media sources that would otherwise be unable to compete with the new communication technology unleashed by the internet.

Without actively working in conjunction with the social media giants, traditional news outlets such as cable networks and large-print publications couldn’t keep wraps on stories given the unprecedented proliferation power of crowd-sourced news. Their control of the narrative and their ability to direct the national conversation would be largely negated.

An incestuous relationship is created in which social media serves not as competitor, but laundering operation for the traditional centers of information distribution. The ability to curate acceptable discourse is more than protected—it is amplified. That explains why censorship over dissenting voices is such an essential part of this process; it is a defense mechanism to protect against groundswell efforts to alter and shift that national conversation.

Every individual’s ability to visibly like, share, and comment on the curated story effectively became part of the information war. Media narratives—crafted to serve a specific political agenda—are incorporated into an individual’s online identity. A BLM fist, a vaccine emoji, or a Ukraine flag in a name serves to integrate users into an entity that is larger than themselves.

The inevitable result has been the rise of the “NPC”— non-player characters, in reference to video game characters who are not controlled by a user and repeat the same preset list of phrases—as a tool for ensuring greater fealty to the government. An attack on the latter’s narrative subsequently becomes an attack on the individuals who have imbibed it and ensures that the NPC will defend the prescribed agenda all the more vehemently.

It doesn’t matter if Facebook or the FBI took the initiative in censoring the Biden laptop story. They operate as arms of the same entity: the American power center. Contrary to what many would argue, the latter doesn’t even particularly dislike Trump (at least not personally). They dislike what he represents, which is a challenge to their hold over the reins of control. That makes this an existential battle for them. Keeping Trump away from office and mitigating his reach and influence is a war for survival—their survival, not ours.

Once this fact is grasped, the unceasing vitriolic attacks on Trump and his supporters, the J6 Commission and the various legal cases, “Russia collusion” and “disinformation” and every other boogeyman that they tell us is hiding under the American bed is put into its proper perspective.