Imagine a perfect world, where everyone lives in harmony and there is equal opportunity and abundance for all members of society.

It sounds like a fairy tale, yet the One Small Town movement is making it a reality.

Based on the Ubuntu philosophy – rooted in African origin meaning humanity, or more literally, ‘I am, because you are’ – the idea is a simple yet powerful one; instead of monetary exchange, people contribute their natural talents or skills for the greater benefit of all.

This way of thinking is in contrast to the typical corporate structure, and instead aspires to create a new system in which competition is turned into collaboration.

So, where is the magical One Small Town and how can you visit?

Well, it’s not technically in one place. The idea is that it will spread everywhere, rather than one location, and that people all over the world will live in a community that reflects its principles.

Coined the ‘revolution of consciousness’, the utopian ideology also hopes to abolish violence and conflict as they will be eliminated by virtue of humanity being placed at the heart of living.

Using a framework named ‘contributionism’, it echoes the native American Cherokee tribe who have a similar philosophy that says, ‘If it’s not good for everyone, it’s no good at all.’

The brainchild of South African author and explorer Michael Tellinger, his Ubuntu Planet organisation is focused on creating the first ‘One Small Town’ to lead by example.

The first town would adopt the blueprint and serve as a role model for all other towns globally to implement the objectives so we change the world collectively.

This means anywhere in the world can endorse the manifesto, which includes providing the town with an independent supply of electricity without having to rely on the national grid and rejuvenating the land with diverse industries to provide work for everyone not just a chosen few.

There are also goals to support farmers in growing organic food to banish genetically-modified companies that destroy agriculture, as well as promote the growth of traditional healing plants and prevent these natural remedies from being wiped out.

In addition to this, the policy also supports teachers to develop an alternative curriculum and prepare children with real skills for life outside the classroom.

There is strong focus on community spirit too, whereby each person who contributes three hours per week towards town projects receives their share of benefits from all that is created.

Speaking about the programme, the One Small Town mission statement reads: “The movement unites people from all walks of life into higher levels of consciousness and a simple plan of action to create a world of abundance and prosperity for all – across all borders and cultures.

“A world that can never fall back into the mess we find ourselves in today. No one homeless, no one hungry, everyone cherished for their talents and contributions.”

It continued: “We are the creators of our own reality. We are divine powerful beings with infinite creative powers. But it requires the energy of action to create that reality.

“Let us act now, do something today that will initiate that beautiful future for you and your loved ones and all of humanity. Do not sit on the fence and wait for someone else to do something. ” 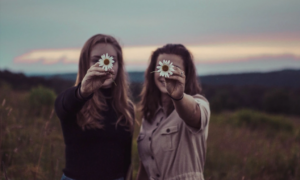 PrevPrevious“Unvaxxinated People Are the Healthiest on the Planet. Vaxxines Are Causing a Pandemic of Chronic Illness”
NextCrypto Investor Katie Haun Raises $1.5 Billion, the Largest Debut Fund Ever by a Female VCNext