They asked for video submissions “Based on your experience with the COVID-19 pandemic, what do you believe should be addressed at the international level to better protect against future pandemics?”. 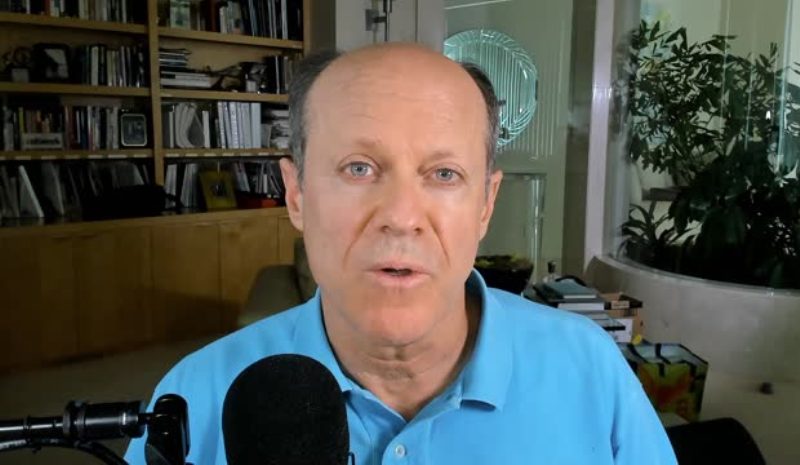 billwagner3
I wouldn’t be so nice. The WHO needs to be disbanded. It’s run and financed by criminals. Let’s not mess around here any more. Brock Chisholm, who founded the WHO in 1947, wanted to eradicate right from wrong. What does that tell you about the WHO? It was predicated upon something inherently evil. And this is just the tip of the iceberg.

Emilahp
Steve, EVERY THING THAT HAPPENED BEFORE, DURING, AFTER COVID WAS ON PURPOSE. Obama-Soros-KlausSchwab Regime took Moderna’s rat poisoning mRNA vax made in 2013, which killed everything it touched & used it as a vax for Covid.
Covid has a patent on it which means it can’t be a natural virus but it’s a man made virus with a patent. Look up Dr David Martin, he traced all patents, viruses etc, Dr Martin is a genius. He’s suing the Fed Govt, it’s foundations etc.
Putin came out on Thursday and said that Covid was lab made & they spread it all around the world by sending to different govt labs and then dispersing the virus into the population. That was how it was spread all over the world.
Putin is a white hat, he’s working to help defeat the DS, Obiden-Soros-KlausSchwab, Crooked NATO, UN. & more. The corruption is deep and wide and aound the Globe.

evantalks
Great message, Steve. My only concern is that this is 100 seconds, not 90. So they will not even look at it because they said cap it at 90 seconds. They’ll use any excuse to silence and disqualify people with important messages who counter their false narratives and humiliate them with facts.

buddhi1
Steve hit the covid target as always but covid is not the target, covid is an inconsequential player, it is downstream. We are facing a zero privacy surveillance-coercion and control one-world centralized Ai managed totalitarian state; a Western version of China. As all processes and systems are replaced by technology, freedom becomes dysfunctional for those running the world. They need to eliminate us or make us into machines. Techo-totalitarianism (the worse form of globalized psychopathy) is the proper target. It’s the only target. We need to stop thinking like pedestrians living in the last millennium. All that’s over – everything has changed beyond our imagination. We need to stop embarrassing ourselves.

PerfectTrust
Nice try Steve, but …
I believe they’ve already made up their mind …
Our only hope is to appeal to their larger P&L issues …
Somebody needs to show therm that is not in their best financial interest to proceed.

Linthesquid
Steve, your composure and intellect shine through. Thank you for all you do and are doing to help right this terrible wrong (many wrongs) so this never happens again. People in power need to be held to account and apparently also schooled in how wrong they were. Bravo!

ImMikeD
“mistake”. How is it a mistake to shut out your opponents so you can increase your power and make billions of dollars?

ProfoundGreetingsfromNeptune
It’s time to start calling this what it is: a genocide. Accuse them to their face. That’ll put them on the back foot. It’s time to stop participating in this charade by pretending these people are well-intentioned but are simply making bad decisions. This is a genocide; this is a culling. And it is being carried out with militaristic efficiency. If we simply state that as our reason for not taking their genocide juice, no one can coerce us, and it gives us the opportunity to state succinctly why we believe these genocide jabs are, in actuality, the billionaires’ bioweapons of choice.

DrMikeYeadon
Steve diplomatically characterises what’s happened as “a mistake”.
In my opinion – and I’m among the qualified scientists severely censored & smeared – it’s absolutely not a mistake. It’s determinedly deliberate.
Why would the authorities do this on purpose?
Because they’re lying all the time about everything & voices like mind blow up their scheme in a few minutes.
No channel will feature me any more, not even those notionally on our side. I’m too toxic for Fox News or GB News. I’ve repeatedly offered to focus on one topic or another, like “vaccine” design & development. Not interested. The only person with 30+ years in rational drug design & development.
Funny, that.

Josephdifrances
It’s so sad. He addresses these people as if they were sincerely interested in people’s health, and not the cynical tools of a greater evil global agenda.

Mercs26
Removal of all NGOs, and 3 letter agencies , lobbyists , and zio captured military industrial complexes , removal of all banking cartels and their Fiat debt notes that are inflationary by design to steal wealth from humanity . Removal of all maritime magistrates serving the BAR and lord Mayer of London while pretending to be common law judges . A Removal of all court officers and IMF banking trusts created by the cestui que vie acts that bond and traffic all people by their birth certificate via the Vatican, and Rothschild venetian nobility that practice their pseudo british maritime law under the Justinian deception of parse syntax of blacks law, and enslaving humanity.