The establishment media viewed the 15 votes required to elect Kevin McCarthy as speaker of the House as evidence of a dysfunctional Republican Party. The talking heads repeatedly misrepresented that heroic battle as a personality conflict or a fight for certain members to be appointed to certain committees.

However, it was that very resistance offered by members of the House Freedom Caucus that led to the adoption of a vitally important House rule that could give us one more opportunity to restore much of our constitutional republic.

That one rule alone, which McCarthy now supports, could lead to the exposure of the long train of abuses that have been visited on Americans by a politicized FBI, Justice Department, and the larger security state.

For the past six months, the organization I have the privilege to head, America’s Future, has been conducting an examination of how two components of the federal government have been weaponized against the American people. The results have been published in a series of 18 reports called “Unequal Justice Under Law,” which have focused on the FBI and the DOJ.

Those reports provide important context as to exactly what needs to be exposed and reformed. In fact, the most recent of these reports, issued on Jan. 6, called for the creation of a new “Church Committee,” which is very much like what we hope the Weaponization Subcommittee will be. A review of history from nearly a half-century ago is instructive.

The Church Committee, named after its chairman, then-Sen. Frank Church (D-Idaho), was created in the aftermath of President Richard Nixon’s resignation in August 1974. On Dec. 22, 1974, New York Times reporter Seymour Hersh released the first in a series of articles that professor Loch Johnson describes as having “accused the CIA of massive ‘spying’ and illegal intelligence operations directed against … American dissidents.” A massive public outcry resulted, in response to which the Senate created the Church Committee.

The committee operated for 18 months, during which it “interviewed 800 witnesses and reviewed some 110,000 classified documents during 126 hearings.” One of its purposes was to propose legislation “to strengthen or clarify the national security, intelligence, or surveillance activities of the United States and to protect the rights of United States citizens with regard to those activities.”

Just because a committee is created, an investigation is conducted, and facts come to light doesn’t mean that matters automatically improve. For example, the committee discovered Orwellian spying by intelligence agencies, including the CIA’s Operation Shamrock, which at that time was “probably the largest governmental interception program affecting Americans ever undertaken.” Agents of the National Security Agency were “reviewing 150,000 telegrams monthly.” Compare that modest effort to the type of total surveillance conducted today.

The committee discovered the CIA’s Operation MKUltra, which involved “mind control” experiments generally centered on behavior modification via electroshock therapy, hypnosis, polygraphs, radiation, and a variety of drugs, toxins, and chemicals. In 1957, one CIA officer wrote of the MKUltra program:

“Precautions must be taken not only to protect operations from exposure to enemy forces but also to conceal these activities from the American public in general. The knowledge that the Agency is engaging in unethical and illicit activities would have serious repercussions in political and diplomatic circles and would be detrimental to the accomplishment of its mission.”

Today, the main problem may not be experimentation with dangerous drugs, but since 1957, the “unethical and illicit” activities of the deep state have only grown worse. And the desire of deep state operatives to hide their evil acts through abuses of the system by which documents are classified continues.

I truly doubt that if Elon Musk hadn’t purchased Twitter and arranged for independent journalists to expose the collusion between big government and Big Tech the new Weaponization Subcommittee would never have been created. However, if it’s able to expose what has been hidden, we may have our best chance to derail the campaign of fear and intimidation that the deep state continues to wage, not against lawbreakers but against hundreds of Jan. 6 protesters who did nothing more than attend a rally to petition the government.

As I travel the country and speak with hundreds, even thousands of Americans, they agree that the federal government is “broke.”

That means different things to different people. But at a minimum, it means that the government has abandoned its biblical role to “punish evildoers and praise them that do well” (1 Peter 2:14). In fact, our federal government has inverted this role, as it praises evildoers and punishes those who do well. Another biblical principle that has been inverted is the notion that leaders serve the people. Now, the people are required to give homage to the leaders (1 Peter 5:3).

I don’t know what it will take to get the government under control, but I want the American people to have the covers pulled back and the depth of the evil of our federal government exposed for all to see. Only then will we have the chance to inspire and mobilize enough Americans to demand and achieve true change. Therefore, Americans need to get behind the men and women who will be appointed to this subcommittee, as they’ll face tremendous pressures and threats. The deep state won’t give up its grip on the throat of the nation without a fight.

“Hiding evil is the trademark of a totalitarian government,” Church said in 1975. “There is no more pernicious threat to a free society than a secret police which is operating beyond the law. … If these abuses had not been uncovered and had the agencies gone unchecked, we might well have seen a secret police develop in the United States. Once that begins, the Constitution itself is in very real danger.”

Church was right in 1975. His words are exponentially more on point in 2023, as advances in technology and a horribly bloated federal security state have only expanded the government’s ability to destroy Americans’ Fourth Amendment rights.

The new Weaponization Subcommittee provides the opportunity to expose evil and enact meaningful reforms. But if the lesson is that the deep state won’t allow itself to be reformed, then it’s time that entire programs, and perhaps entire agencies, be disbanded completely. 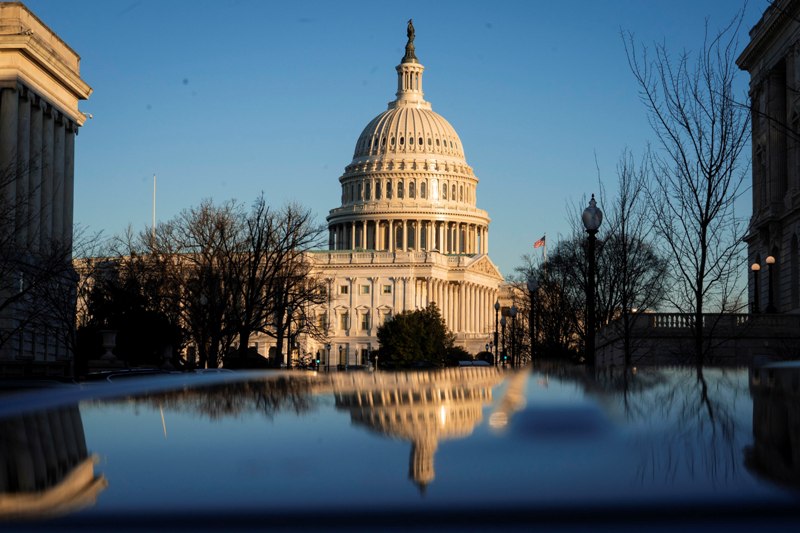