When you cannot silence the person challenging you, you ignore them. Adams has provided ridiculous advice that has endangered lives and he won’t retract it. Is that how science works?

Former US Surgeon General Jerome Adams not only gives out ridiculous advice, but when anyone armed with facts that prove he’s wrong tries to challenge him, he ignores them or blocks them.

That is not how science is supposed to work. 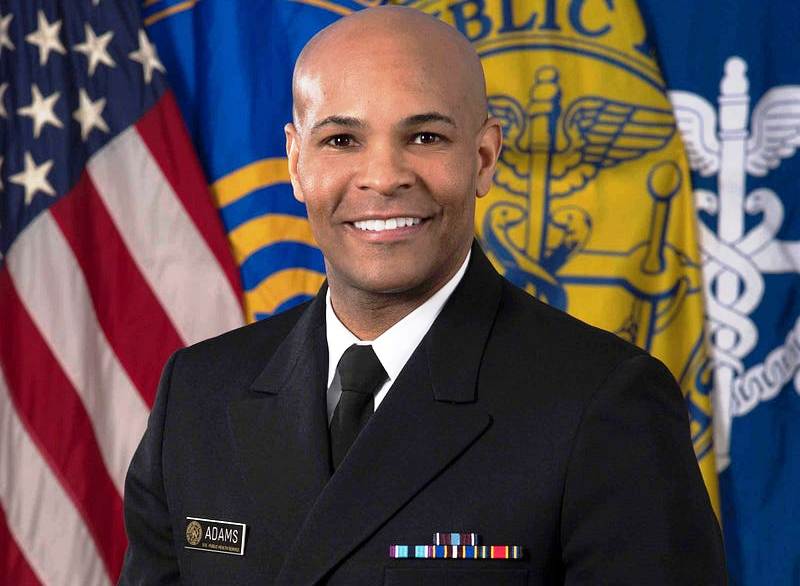 Former US Surgeon General Jerome Adams runs and hides when challenged about the misinformation he is spreading. He should be ashamed of himself.

I just got off the phone with Megan Mansell who is an expert on industrial hygiene including face masks and respirators. She told me she challenged former US Surgeon General Jerome Adams on his advice about face masks on Twitter.

Adams indignantly asked her for her qualifications.

She then rattled through her long list of qualifications. Suffice it to say, there are only a few people in America who are more qualified to speak on this subject than she is. And none of them will challenge what she says.

Adams, realizing he was talking to someone capable of calling him out, then did what any legitimate scientist would do when challenged: he blocked her on Twitter!

I asked Megan about the dangerous video Adams posted on how to make a face mask from a t-shirt. She laughed and said she uses that video all the time to show people how bad the advice coming from people at the top of the US government is. The fact that YouTube hasn’t taken it down as misinformation is additional proof on how YouTube is promoting information that gives people a false sense of security which puts them at risk of dying.

Here’s one of the recent comments on his video, which has over 500K views:

Jerome Adams ignores me as well

I also challenged Jerome Adams on my Substack to defend his recent statements about masks after I noticed that a tweet of his with 1.3M views was promoting misinformation.

After all, all three randomized trials of face masks and COVID showed masks made NO DIFFERENCE. The latest randomized study showed N95s worn by medical professionals performed no better than surgical masks worn by medical professionals. Surely, Dr. Adams should be admitting he was wrong at this point. Any honest scientist would do that. But Adams isn’t an honest scientist, so he doesn’t.

I didn’t hear from him. So I sent him an email.

I didn’t hear from him. So I sent him a text message to his private cell phone.

I didn’t hear from him. So I left him a voicemail.

I didn’t hear back from him.

This is ridiculous. These people have a public duty not to spread misinformation, and blocking/ignoring people who disagree with you is definitely not how science works.

Here’s his earlier advice: do not buy masks

There are not new scientific studies that came out ever that changed anything. The recommendation from people in power doesn’t come out of science. They just decide what to tell you, regardless of what the science says.

In short, Jerome Adams isn’t following any science at all.

An even some dumb industrial hygiene instructors are requiring surgical masks in class. Did the laws of physics change? If it did, I didn’t get the notice:

Jerome Adams an embarrassment to anyone who believes in science

And if the former top dog is an embarrassment, and NOBODY in the medical community is calling him out on it, what does that say about them?

It says that when the top people are giving bad advice, it is not acceptable to speak out, even when they are out of office.

So the silence from the medical community about the current Surgeon General means nothing. That’s just the way they roll. They are sheep.

Poll results from my earlier article

This says it all, doesn’t it?

It is appalling to me that these people refuse to let anyone who is qualified challenge them.

Furthermore, no one in the medical community is calling out the misinformation being spread by the current and former US Surgeon Generals.

They should all be ashamed of themselves.