As it is similar to what TruthGroup.social is planning, with its PayPal alternative TruthPay, and cryptocurrency Truthcoin.social.

It already has both a Facebook alternative with thousands joining monthly in Truthbook.social and a Twitter alternative without the spambots and an edit button in Truthtweet.social.
And a YouTube alternative in TruthTube.video 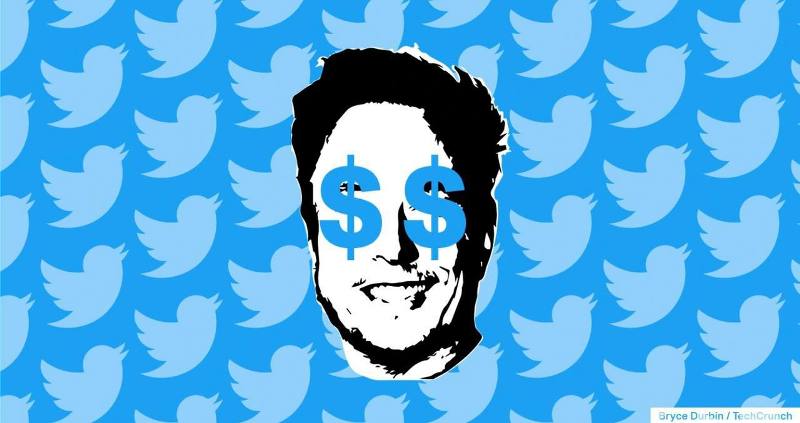 Elon Musk details his vision for a Twitter payments system

Elon Musk detailed his vision for Twitter’s plan to enter the payments market during a livestreamed meeting with Twitter advertisers, hosted on Twitter Spaces on Wednesday. The new Twitter owner suggested that, in the future, users would be able to send money to others on the platform, extract their funds to authenticated bank accounts and, later, perhaps, be offered a high-yield money market account to encourage them to move their cash to Twitter.

The new remarks followed a report this morning by The New York Times which confirmed Twitter last week had filed registration paperwork that would allow it to process payments. The report cited Twitter’s filing with the Treasury Department’s Financial Crimes Enforcement Network (FinCEN), noting that a business would need to register before it could conduct money transfers, exchange currency or cash checks.

In today’s meeting, Musk explained how paid verification, which Twitter is rolling out now with its revamped Twitter Blue subscription, as well as support for a creator ecosystem, could pave the way for a payments system on its platform.

He stressed that, initially, Twitter would need to make fundamental technology architecture changes in order to better support video. The company was recently reported to be working on a “Paywalled Video” feature that would allow creators to charge for access to their content. This suggests Twitter could be moving into a space where it may try to compete more directly with various social media video providers, like TikTok, Instagram Reels, YouTube Shorts and others. The Washington Post saw mockups of this concept where a tweet with a video could be unlocked for as little as $1.00. It said creators may be able to choose from preset prices, like $1, $2, $5 or $10 when paywalled videos were launched.

As a result, creators would end up with a cash balance as they began to monetize their content.

In addition, Musk noted that Twitter’s paid verification program would help in its plan for payments because anyone who subscribed to Twitter Blue would have already been verified by the “conventional payment system.” That is, Twitter Blue subscribers have to sign up using a credit or debit card and have their payments processed through the app stores’ in-app purchase system, which helps to combat fraud.

Musk then explained how this payments system could scale, saying that, once users gained a cash balance, Twitter could prompt them to move that money on its platform. It could even make a small donation to users’ accounts to get them started.

“Now we can say, okay, you’ve got a balance on your account. Do you want to send money to someone else within Twitter? And maybe we pre-populate their account…and say, okay, we’re gonna give you 10 bucks. And you can send it anywhere within Twitter,” Musk said.

Later, the user could move their money out of Twitter by transferring it to an authenticated bank account, he added.

In the longer term, however, Musk appeared to be toying with the idea of establishing bank accounts on Twitter’s platform that would pay a high-interest rate to attract users. This could become a competitor, perhaps, to Apple’s recently launched Savings Account for its cardholders, various fintechs or other payment providers, like PayPal and Venmo, which encourage their users to retain cash balances within their own ecosystems.

Explained Musk, “the next step would be this offer for an extremely compelling money market account where you get an extremely high yield on your balance.” If such a system existed, he believed people would move cash to Twitter.

“And then add debit cards, checks and whatnot and…just basically make the system as useful as possible. And the more useful and entertaining it is, the more people will use it,” he said.

Musk didn’t offer any details about plans for cryptocurrencies, though The Information reported this is also expected to be a part of its new payments system.

Of course, any such ideas spouted by Musk at this time may be later abandoned, tweaked or entirely revamped if or when they come to pass. Twitter is entering an experimental era and much of what Musk says is in the works, is just the idea du jour, and not necessarily a glimpse into Twitter’s road map.

That said, the move to enter the payments business ties to Musk’s larger plan to turn the social media platform into an “everything app” or “super app” called “X.” While that plan today is still fairly vague, the general sense is that Musk aims to combine payments, social networking, entertainment and other things into one experience, similar to China’s WeChat (though that plan could be misguided.)

Musk has experience in payments, of course, as he founded an early digital payments company X.com. It’s not surprising that he would try again, given the opportunity Twitter presents.

His ideas about Twitter payments, however, may not have been good fodder for a conversation with advertisers who are already worried about Twitter’s long-term commitment to their goals, given the company’s move into subscriptions, which signals a desire to reduce reliance on ad dollars. Musk tried to assuage these fears by saying that Twitter was thinking about protecting advertisers’ brand safety in the longer term, not just about its ability to drive short-term sales.

PrevPreviousThe Economist on LinkedIn: Why Belgium is Now the Cocaine Capital of Europe
NextTruthGroup Seeks Sophisticated Investors to Fund the Fight Back Against Globalists with its Censor Free Social Media Platforms and Offers Fee SharesNext