Thousands of Children Medically Abused and Experimented on to Satisfy a Political Agenda. The Tavistock Is Being Closed in a Massive Wake Up Call for “Gender Clinics” but Who Will Take Responsibility for the Damage That Has Been Done to These Children?

Thousands of Children Medically Abused and Experimented on to Satisfy a Political Agenda. The Tavistock Is Being Closed in a Massive Wake Up Call for “Gender Clinics” but Who Will Take Responsibility for the Damage That Has Been Done to These Children? Thousands of Children Medically Abused and Experimented on to Satisfy a Political Agenda. The Tavistock Is Being Closed in a Massive Wake-Up Call for “Gender Clinics” but Who Will Take Responsibility for the Damage That Has Been Done to These Children?

“Not safe or viable”… “Activists influencing senior doctors”. Thousands of children were medically abused and experimented on to satisfy a political agenda. The Tavistock is being closed in a massive wake-up call for “gender clinics” but who will take responsibility for the damage that has been done to these children? 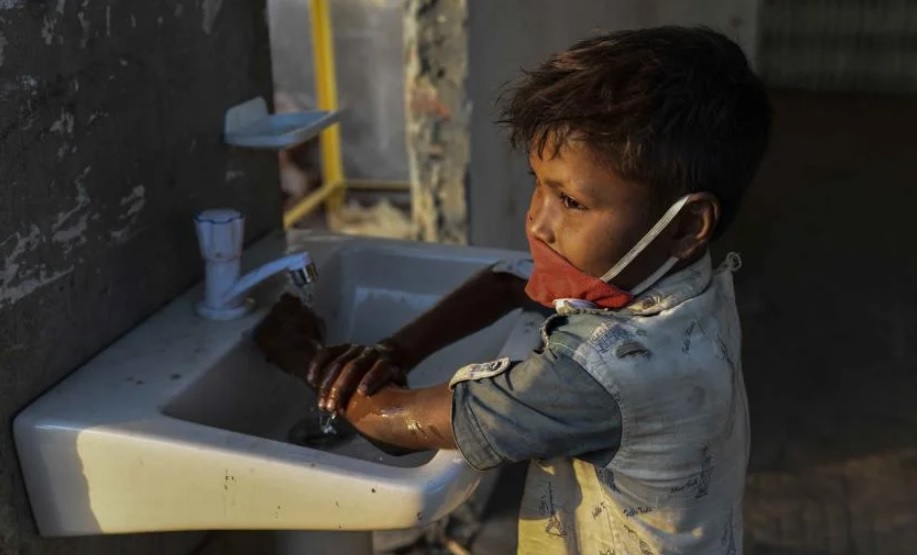 An Earthquake in Trans Medicine: Are We Paying Attention?

Britain’s National Health Service closed a controversial clinic that provided gender-affirming care and puberty blockers to thousands of children, but it’s not yet clear whether the news could upend similar practices in the U.S. 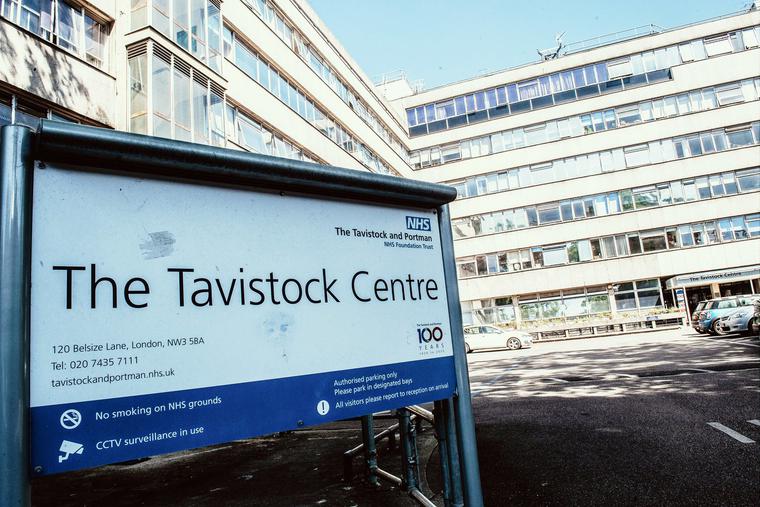 The Tavistock Centre is seen on July 29 in London. The clinic is set to close after an independent review criticized its services.

Britain’s National Health System announced the closure of the Tavistock Gender Identity Development Service last week. The shakeup could have seismic consequences for similar practices in the U.S., where activists have promoted “gender-affirming” care for children who suffer from gender dysphoria — a condition in which the patient feels psychological distress from an incongruence between their bodily sex and their inner feelings of being male or female. Gender-affirming protocols encourage patients to align their pronouns, names and outward physical traits with their inner feelings. Puberty blockers are said to “pause” normal physical changes as a first step toward the ultimate goal of presenting as the opposite sex.

The shuttering of the London-based clinic marks a “victory” for “those who say self-proclaimed gender identity should not trump biological sex,” stated The Economist after the decision was announced. “The tide in Britain appears to be turning against groups who espouse the belief that gender identity trumps all else, and towards maintaining support for sex-based rights and evidence-based medicine.”

The closely-watched move followed the release of a damning report by Dr. Hilary Cass, a former president of the Royal College of Paediatrics and Child Health, who was commissioned to investigate claims and questions raised by the clinic’s gender-affirming practices, including the provision of puberty blockers for children as young as 10. Whistleblowers alleged that the clinic was under pressure from transgender activists to jump-start the transition process, while failing to give sufficient weight to patients’ mental-health history.

The decision to close the clinic will shift “gender care” for youth to regional children’s hospitals, where a more “holistic” approach has been recommended, and those who receive puberty blockers will be part of a formal clinical trial that will follow their progress into adulthood.

In her report, Dr. Cass noted that the impact of puberty blockers on children had not been studied with sufficient scientific rigor. Did the medication “pause” puberty or serve as “an initial part of a transition pathway?” she asked. Was brain development “temporarily or permanently disrupted by puberty-blockers?” U.S. physicians worried about these practices have raised similar questions, even as professional medical groups have signed off on the practice.

Dr. Paul Hruz, a U.S. academic pediatrician endocrinologist and a physician-scientist, told the Register that the European medical community had more experience with evolving treatment models for gender dysphoria, and so the forced closure of the Tavistock clinic should be a wake-up call for American physicians who work in this field.

“Treating physicians in the U.S. need to pay attention to what is going on in Europe,” said Dr. Hruz, “But rather than doing so, the activists are doubling down and making claims that the affirmative approach is being established as the most effective approach.”

Sue Evans, a nurse and whistleblower who previously worked at the Tavistock clinic and tried to raise the alarm about its practices, said that the news offered a cautionary tale of a once prestigious clinic derailed by “activist-driven medicine.”

“Tavistock specialized in therapy — talking through problems with patients — and … we did not generally prescribe drugs,” Evans wrote in an Aug. 4 column for Common Sense on Substack. She had expected the same approach would be used in the treatment of gender dysphoria.

Instead, “certain staff didn’t hesitate to recommend puberty blockers — even for vulnerable kids” who had other mental health issues.

Furthermore, “senior clinicians in the service would regularly meet with Mermaids, a transgender patient-advocacy group.”

“[A]s time progressed, it seemed clear that groups like Mermaids were exerting influence over doctors and clinicians in the service — sometimes dictating the expectations of care for our patients.”

And when these activists began to push back on the medical community’s long-standing position that gender dysphoria was a “mental illness,” clinicians faced pressure to introduce puberty blockers more quickly.

Evans joined the clinic almost two decades ago, when the number of youth seeking medical treatment for gender issues was small. But the numbers began to climb, and then took off once social media networks encouraged young people to question and reassess their gender identity.

In 2001, there were just 250 young patients, most of them male. By 2021, there were more than 5,000, and three-quarters were teenage girls with no prior history of gender dysphoria.

Whistleblowers like Evans were relieved when the NHS finally took action after Dr. Cass determined that Tavistock was not a “safe or viable long-term option” for the young patients who sought treatment.

Dr. Cass confirmed that doctors and clinicians often failed to investigate and address underlying mental health issues, such as depression, autism and histories of abuse and trauma. That failure left the patients at “considerable risk” for future problems, she warned. The report noted “critically important unanswered questions” regarding the provision of puberty blockers to very young children.

It flagged the lack of patient follow-up, which would have given clinicians the chance to evaluate the actual benefits of the drugs over time.

Dr. Hruz, the U.S. endocrinologist, noted that Dr. Cass’ findings “were consistent with the conclusions of Finland’s Council for Healthcare Choices (COHERE) and the Swedish National Board of Health and Welfare. Unlike the United States, these countries have elected to move beyond politics and ideology to best serve the surging population of youth who experience sex-discordant gender identity.”

He welcomed the shift in focus to the evaluation and treatment of “associated psychological morbidity, whether this is primary or secondary to the condition of gender dysphoria.”

But Dr. Hruz also emphasized that many questions “remain unanswered regarding the best approach to addressing the well documented suffering in affected individuals.”

He suggested that physicians and clinicians in this field must squarely address the “the deficiencies in scientific evidence [supporting] current treatment models,” and called for “more rigorous testing that included consideration of alternate hypotheses” regarding the cause or reasons for the condition, and “psychological intervention.”

Elsewhere in the U.S., the reaction to the news from Britain has been mixed, even muted.

“The overhaul of services for transgender young people in England is part of a notable shift in medical practice across some European countries with nationalized health care systems,” the New York Times reported last week in a story that acknowledged concerns regarding “the dearth of data on long-term safety and outcomes of medical transitions.”

But U.S. physicians who provide gender reassignment surgery told the Times they were worried the Tavistock clinic closure would “fuel the growing political movement in some states to ban such care entirely.”

At present, however, there is no sign that this earthquake in the world of transgender medicine will upend the Biden administration’s stated support for gender-affirming care and its equally strong opposition to so-called “conversion therapy” designed to help trans youth resolve the incongruence between their inner feelings and bodily sex.

In June, Biden issued an executive order directing the Department of Health and Human Services to restrict coverage of “conversion therapy” for trans youth in federally funded programs.

Leor Sapir, a fellow at the Manhattan Institute, explained in a June 16 article for City Journal why the executive order attacked “conversion therapy,” and what that meant for the debate over puberty blockers for children.

The term “conversion therapy,” Sapir noted, “was initially used by gay rights advocates to describe efforts by mental health professionals to make same-sex attracted people heterosexual. In recent years, transgender activists have appropriated the term to target the use of psychotherapy as a measure of first resort for helping minors with gender-related distress to feel comfortable with their bodies.”

Why do trans activists oppose this psychotherapy as a first step?

“They insist that any effort to explore whether a teenager’s transgender self-identification might result from some other factors — say, a combination of past sexual abuse and depression — is scientifically proven to be deeply harmful.”

But the early history of medical interventions for gender dysphoria contradicts this position:

The original Dutch Protocol, which laid the foundations for pediatric gender transition, insisted on lengthy psychological prescreening of candidates. … What the Dutch experts knew then, and what researchers know now with even know now with even greater confidence, is that minors seeking transition tend to have extraordinarily high rates of mental-health problems, including anxiety, depression, attention-deficit and eating disorders, and autism.

But cracks are forming within a U.S. medical establishment that has allowed activists to drive treatment protocols, just as Tavistock permitted Mermaids to take a place at the table.

“It’s perhaps no coincidence that on the same day the Biden administration made its announcement, the New York Times Magazine ran a long article acknowledging, for the first time, that affirm-only therapy is controversial among medical experts,” wrote Sapir. The article from the paper of record not only registered “the growing skepticism within the research community over the safety and reliability of ‘social transition’ and puberty blockers,” it cited the work of Abigail Shrier, author of Irreversible Damage, a book once banned on Amazon for violating its user protocols.

Fissures in the establishment’s support for gender-affirming treatment are just visible. Let’s pray that Tavistock’s closure will pave the way for a long-awaited reckoning.

PrevPreviousElon Musk Says He Will Buy Twitter on One Condition
NextHow They Plan to Bankrupt Us All?Next