PayPal has confirmed it is exploring a stablecoin. Here’s how experts see the potential impact of a PayPal Coin.

PayPal confirmed on Jan. 8 it is “exploring a stablecoin” that could be called PayPal Coin after a developer found evidence of such a stablecoin within the source code of the company’s iPhone app.

PayPal senior vice president of crypto and digital currencies Jose Fernandez da Ponte said at the time that if the company plans to move forward with the stablecoin, it will do so while working closely with relevant regulators — an approach that could help the fintech firm avoid thewrath of United States senators that doomed Meta’s Diem cryptocurrency project.

The company has clarified that the source code found on its iPhone app was developed in an internal hackathon. When Cointelegraph contacted PayPal to learn more, a spokesperson confirmed the previous reporting but did not offer any additional commentary.

The potential impact of a PayPal stablecoin in payments overall and in the cryptocurrency industry is hard to estimate, and while some experts see the firm’s move as an extremely positive one for the space, others believe the stablecoin would be more of the same.

PayPal itself has well over 350 million active users and already lets users in the U.S. and United Kingdom buy, sell and hold Bitcoin (BTC), Ether (ETH), Bitcoin Cash (BCH) and Litecoin (LTC) while enabling payments in these crypto assets. While it’s unclear how many of PayPal’s users have paid with cryptocurrency, it’s well-known that stablecoins are mostly a tool used to trade and take advantage of opportunities in the decentralized finance space.

PayPal further pushing into the cryptocurrency industry through the launch of a stablecoin could see other traditional banking and payments companies explore blockchain technology more, according to Marwan Forzley, CEO of online payments platform Veem. Forzley told Cointelegraph that stablecoins will “likely become a part of the global payment scheme,” as moving money in a secure environment with on- and off-ramps with different applications “is a major need of small businesses.” Forzley added:

“PayPal Coin could fuel general interest in payments overall. Consumers and small businesses alike are looking for a safe and reliable alternative to traditional currencies and payment networks.”

Max Galka, CEO of blockchain search engine Elementus, seemed to agree with Forzley’s assessment, noting that with globally recognized platforms such as PayPal supporting cryptocurrencies, stablecoins are immediately put in a “trusted realm for a large swath of the population.”

To Galka, PayPal launching its own stablecoin would “definitely open up cryptocurrency to more people” who “have not had the inclination to really figure out this niche space.” Galka told Cointelegraph:

“Right now, there aren’t that many well-established, trusted organizations in this space where trust is such a critical component. PayPal would be one of the first major financial companies to embrace crypto.”

He said it’s a “very natural fit for PayPal to develop a stablecoin,” as the move puts the firm “squarely on the map as a cryptocurrency company,” which could boost its other cryptocurrency offerings, while the trust people have in the firm could see PayPal Coin “serve a lot of additional purposes from what traditional stablecoins can offer by using that [trust] as their payment rails.”

Arbel Arif, founder and CEO of crypto marketplace Shopping.io, told Cointelegraph he applauds PayPal’s move into the crypto sectors and added that having “big players enhancing the e-commerce crypto transactions brings us a step closer to the new era of commercial trading.”

Speaking to Cointelegraph Tim Frost, founder and CEO of wealth management platform Yield App, said that cryptocurrency payments are “finding their way into the mainstream” as a “number of companies now allow digital asset owners to pay with digital currencies using standard Visa or Mastercard.”

To Frost, whether or not PayPal launching its own stablecoin would jumpstart a transition to a more cryptocurrency payment-focused world isn’t clear, although he does believe it has the potential to do so.

Not everyone agreed that PayPal Coin could be revolutionary, however. Speaking to Cointelegraph, Rytis Bieliauskas, chief technology officer of cryptocurrency payment gateway CoinGate, said he does not see how a PayPal stablecoin is “fundamentally different from what PayPal already does,” assuming it’s “centrally controlled” and has its value guaranteed by the firm.

Bieliauskas added that it’s “interesting to see that PayPal wishes to use crypto as a positive PR move,” which, to him, suggests the public now sees cryptocurrencies as something positive, rather than negative.

While PayPal made it clear it would be working with relevant regulators on its stablecoin if and when it moves forward with the project, it will still have to overcome regulatory challenges because of the scope of its business.

That’s according to Eli Taranto, chief business development officer at EQIBank — a licensed digital bank working with corporations and high-net-worth individuals. Taranto told Cointelegraph that PayPal’s geographical footprint will see it face “worldwide regulatory issues” when it comes to crypto, which will “be quite interesting and a necessary challenge.”

To Taranto, PayPal’s revenue coming from transactions means it will “have to connect as many tokens and chains as possible, building faster, better, fully automated cross-chain instruments along the way.” He added:

“This may eventually serve as a catalyst for mass adaptation of crypto and give the crypto processing industry a boost, as venture capital will begin to flow to this relatively new sector.”

Taranto said that if PayPal manages to appease regulators, it will affect other institutions, which will “see it as a sign that a path to global regulatory compliance has been created.”

Stablecoin issuers have notably not only faced scrutiny from regulators, as the cryptocurrency community often pressures them to be as transparent as possible about the backing of their stablecoins. Launching a stablecoin will see PayPal deal with heightened scrutiny, so it’s worth asking, What’s in it for them?

How PayPal benefits from a stablecoin

Ultimately, PayPal issuing its own stablecoin is an improvement to its bottom line. Caleb Silver, editor-in-chief at financial information portal Investopedia, pointed out that in the third quarter of 2021, transaction-related expenses cost PayPal $2.7 billion according to its most recent quarterly filing.

The use of a high transaction throughput blockchain like Solana could see PayPal save a very significant amount in transaction-related expenses. The firm currently does not allow users to buy or sell Solana (SOL) on its platform, and on which blockchain it would deploy its stablecoin is unclear.

Speaking to Cointelegraph, Jerald David, president of digital asset investment firm Arca, said PayPal is “uniquely positioned to adopt cryptocurrencies due to their captive client audience and because this potential product offering is an enhancement to their existing core business.” David added:

“By marrying the efficiencies of blockchain technology with their existing business model, they can help instill and solidify the confidence of individuals and small businesses in the digital asset industry.”

To Arca’s president, it’s likely that if people are going to end up adopting digital assets one day, they’ll be doing so through a third party that has earned their trust, just like PayPal.

What’s known about PayPal’s stablecoin plans is very little. Steve Moser, the developer who found PayPal Coin’s code on the company’s iPhone app, revealed later on that PayPal had references to stablecoins linked to the pound and euro within the application, suggesting PayPal would launch various stablecoins linked to different fiat currencies. 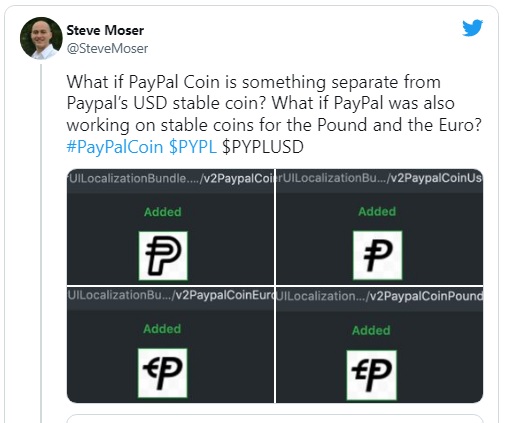 Shortly after PayPal Coin started making headlines, however, PayPal removed images for its euro- and pound-linked stablecoins. A reference to Neo within the code stayed, suggesting it may also be on the firm’s radar.

The real impact a PayPal Coin may have will depend on the company’s implementation of the stablecoin. While it has the potential to ingrain crypto into traditional payment systems, it also has the potential to be “just another” stablecoin. The best-case scenario is seemingly one crypto enthusiasts dreamed about years ago, before Bitcoin traded in five-figure territory, which shows just how far we’ve come in only a few years. 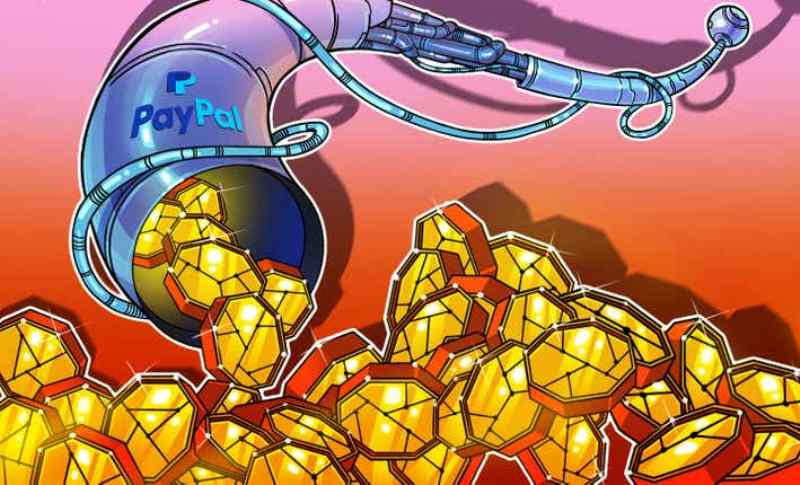 PrevPreviousThe Truth Is Like a Lion. You Don’t Have To Defend It
NextWhat’s the Real Agenda?Next