Why would the FDA behave this way? Why aren’t they safeguarding public health from a clearly lethal treatment? And on the other hand, why aren’t they allowing doctors to help people with early treatment? Zelenko explains:

“In the mid-‘90s, it became obvious that the American economy was doomed. The Medicare and Social Security systems would become insolvent, and that would cause a tsunami-like effect nationally and internationally. And it was unstoppable. It was [mathematically inevitable].

Medicare, according to Congressional Budget Office, in 2027 will begin the process towards bankruptcy. So, security as of today [will last until] 2034. Now, the major stakeholders in the world economies saw an existential threat. They understood that their power and wealth was in real jeopardy.

And so a plan was developed, which was beyond the technology at that time, but the technology was being developed. So, for example, the Human Genome Project was mapped and completed.

Then CRISPR technology was developed, which is gene editing or gene splicing in very precise ways. That was sold as a way to cure genetic diseases. There’s a defective gene. You can just cut it out and splice in, cut and paste, basically, a healthy gene.

That’s the upside. The downside is that it creates possibilities to do gene editing for nefarious reasons. In 2015, Bill Gates said that the world population needs to be reduced by 15% through the use of vaccines because of global warming.

external-content.duckduckgo-150×150 The Plan to Tag Us for the New World Order Slave System
Dr. Zelenko’s vitamin pack that serves as an over the counter alternative to Hydroxychloroquine and a targeted vitamin mix to boost your immunity. Keep from getting Sick!
The same Bill Gates in 2020 said 7 billion people must be vaccinated. So, the obvious rhetorical question is, ‘Why would I take a vaccine for my health from someone who’s advocating the use of vaccines to reduce the world population?’

In 2016, Klaus Schwab, in an interview said something very strange. He said that within 10 years, by 2026, every single human being will be tagged with a digital identifier. What does that mean, and why?

Anything that seems to give people hope, lessen anxiety, encourage reintegration with your loved ones seems to be immediately vilified, even early intervention. If you look at the NIH, they recommend, as of today, not to treat COVID unless they’re in the hospital with lung damage. Don’t do that.

And so, I was wondering, what is really going on? And why this incessant push to vaccinate everyone? Why jail doctors for using meds at work? Because it encourages the vaccine hesitancy.

Then I realized something. There were two patents that I became aware of. They’re separated by a year, but they’re linked in the puzzle, in the concept. One was August 31, 2021, that describes … nanotechnology engineering.2 It basically describes the following:

That there is the capability, the technology, already existing, in these vaccines that allows for the measurement of biometric data, meaning your heart rate, your respiratory rate, temperature, and then the transmission of that data with your location to a third party.

That didn’t even make sense to me. Like what? But then I realized there’s another patent owned by Microsoft. This one I remember by heart. It’s an international patent, WO202060606. You can’t make this stuff up. That patent describes linkage of biometric data transmission to cryptocurrency.

Then I got it. And by the way, 2026, when everyone’s supposed to be tagged with a digital ID, let’s call it an internal Auschwitz tattoo, is a year before the beginning of the insolvency of Medicare and the beginning of economic collapse.

And so, the real agenda has become obvious to me.

It’s never been about health. COVID-19 is easy to treat. It was always about using fear and mass psychosis to get 7 billion people to willfully get injected with the technology that would permit them to participate in the new cryptocurrency-based system, the system that the world will use for finance.

Fiat currency and all the traditional ways of transactions will be gone. The only way that you actually will be able to participate in transactions, of buying bread, let’s say, is having a transmitting sensor of information with your location. It’s the mark of the beast, if you really want to know. With that, you can then buy bread for your family …

Gates and Schwab [are] both talking talk about how these vaccines change who you are. What does that mean? They explain it. [With] the gene editing technology, they are making the human better. That’s transhumanism. I call it Human 2.0. Human 1.0 is the version made by God. We are is imprinted [with God] in our genetic code. We’re made in the image of God because we have his code in us.

Now, would you give Bill Gates or Klaus Schwab the password to your home security system? Why would we give him access to our genetic code? Human 2.0, in the demented, depraved, deranged minds of these people is the next step up in the evolution of human beings. And I’m saying that if you allow that to happen to yourself, you’re no longer made in the image of God. You’re made in the image of Bill Gates and Klaus Schwab.” 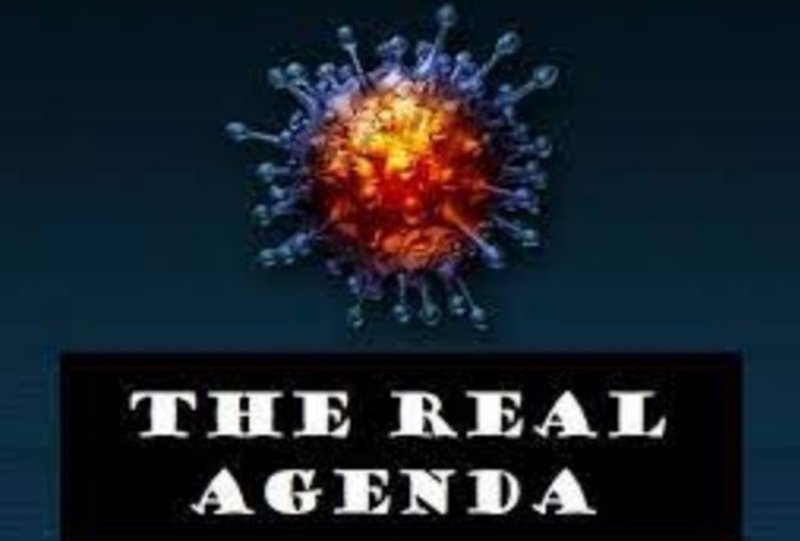 PrevPreviousPayPal Stablecoin: What It Could Mean for Payments
NextCoinbase Lists Solana-Based Project Tokens for the First TimeNext