The largest cryptocurrency by market capitalization has risen six consecutive days and gained over 12% since last Sunday upon a broader asset rally and Luna BTC buys. 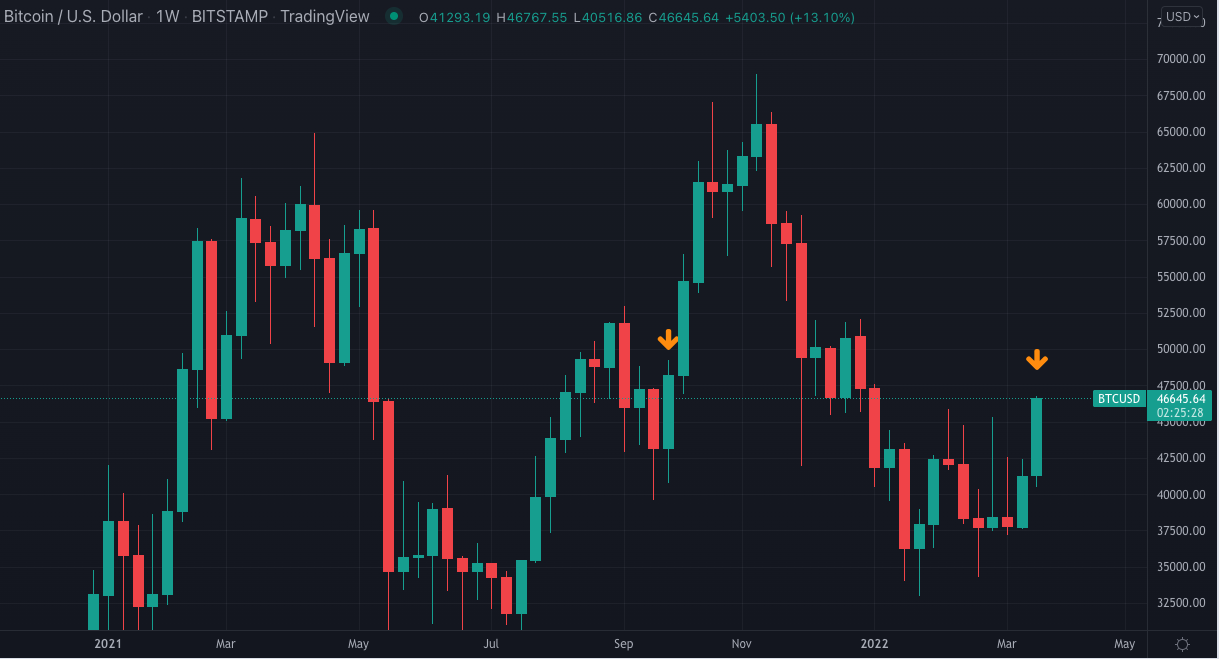 Bitcoin briefly blew past its 2022 yearly breakeven point of $47,201, reaching as high as $47,524 before settling back in the $46,850 range by early afternoon Asia time, according to CoinDesk data.

The largest cryptocurrency by market capitalization is up 5% in the last 24 hours, according to market data. Bitcoin has gained over 12% since last Sunday after climbing six consecutive days.

In a note published Monday morning Asia time, Singapore’s QCP capital pointed to a broader rally in global asset prices as a reason why this “bullish momentum” is likely to continue in the near term. The fund also pointed to the continued bitcoin buys from Luna as a reason for the continued momentum.

“One notable buy flow this week was the 125 million USDT purchase of BTC by Luna Foundation Guard (LFG). This purchase is part of the plan to systematically accumulate a total 3 billion USD worth of BTC as a reserve for TerraUSD (UST),” QCP wrote.

Ether and most other major cryptos were also blooming. The second largest crypto by market cap followed a similar pattern to bitcoin on Sunday and was changing hands at over $3,250, its highest level since early February. Solana, Cardano and Avalanche, among other altcoins were well into the green. Popular meme coins Dogecoin and Shiba Inu, were up about 6% and 3% respectively.

Trading was accelerating after weeks of low volumes.

“Trading volumes are up as buyers try to turn this resistance line into support and take further steps up in pricing,” Joe DiPasquale, the CEO of fund manager BitBull Capital, wrote to CoinDesk, but added: “If we don’t remain above this line, we will consolidate lower than here.”

DiPasquale said that Bitcoin had had “a strong week, especially given the quarterly options expiry” on Friday and noted that Bitcoin had “shown resilience” following the Federal Reserve’s decision last week to raise interest rates and the continued escalation of Russia’s invasion of Ukraine with its economic fallout.

But he was also cautious in his appraisal of the coming days. “While market participants are starting to get bullish and the fear and greed index is at neutral, BTC bulls will want to see the price consolidating above $46,000 for further continuation,” he said. “The coming week is also important as it marks the end of the quarter, and we could see increased volatility after that.” 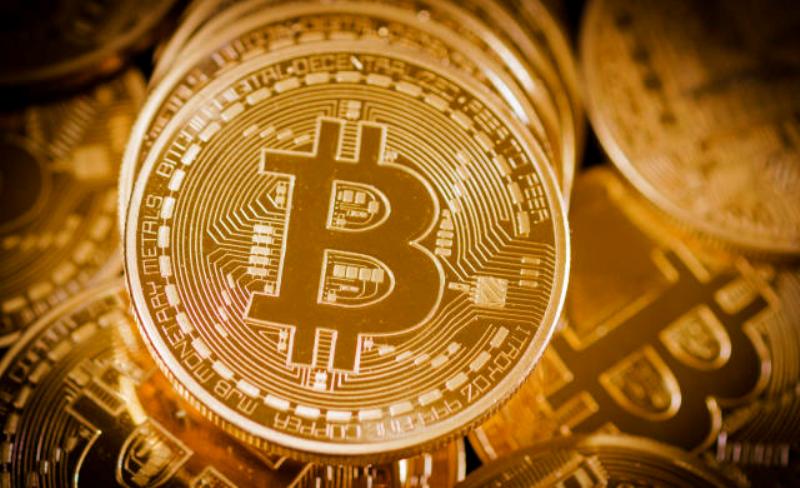