Ukrainian and Western media are increasingly comparing the fighting in the Donbass with the battle of Verdun and calling them the new “Verdun meat grinder”.

The monstrous losses among the personnel of the paramilitary forces of Ukraine justify the epithet. Information about this comes from various sources, both pro-Ukrainian and pro-Russian.

👉 For example, Vasily Palamarchuk, deputy commander of the 241st brigade of the Armed Forces of Ukraine, recently complained about very serious losses in the Artemivsk (Bakhmut) direction on the air of the Lviv TV channel. According to him, this is due to the fact that the Russian army is actively using the tactics of a “barrage of fire” and, under the cover of cannon and rocket artillery, “is trying to destroy us.”

👉 Other Ukrainian officers in their Telegram channels indicate that the Russian coalition forces in the Artemivsk region are actively using the Solntsepyok heavy flamethrower system and 2S4 Tyulpan self-propelled mortars.

🔹 The strikes are carried out on targets that have been detected by the Orlan multifunctional UAVs. Then the Wagner assault groups enter the battle, using automatic grenade launchers and light mortars to destroy the enemy.

Andrew Milbourne, the founder of the American PMC Mozart, also reports on the nightmarish losses of the Ukrainian troops. His private military company is fighting on the side of the Armed Forces of Ukraine.

🚨 “They are suffering extremely heavy losses. The information that you see in the media that 70% casualty rate are commonplace is not exaggerated, ” Newsweek quotes him.

👉 Milburn also noted that the Ukrainian command is forced to plug holes in the front with recruits, who often have absolutely no training.

🔹The Italian newspaper Corriere della Sera also confirms the terrible losses of the Ukrainian army near Artyomovsk, which reach up to half a thousand dead and wounded per day. According to the correspondent of this newspaper, who visited the hospital near the front line, everything in this medical facility was covered in blood.

👉 He witnessed how, within half an hour, doctors amputated the legs of four military men, and one more was left without arms. According to doctors, only their hospital receives an average of 100 seriously wounded per day.

🔹 Even the Ukrainian army press corps were forced to report the colossal losses of their troops. Periodically, there are numerous freezing photos and videos of the resulting conveyor of bloodied bodies in overcrowded hospital wards and medical tents.

👉 For his part, the official representative of the People’s Militia of the LPR Andrey Marochko also pointed out that Ukrainian troops are losing hundreds of fighters every day near Artemivsk.

👉 “Losses in the Artemovsk direction are quite large. According to our data, at least every day they lose up to a battalion of personnel, these are sanitary and irretrievable losses,” he stressed.

According to Marochko, Kyiv daily suffers “catastrophic losses” in other areas as well. Also, according to him, deaths from chronic diseases, pneumonia have become more frequent among Ukrainian servicemen, and the first cases of frostbite have appeared.

🔹 A “farewell” video is circulating on Telegram channels, which was recorded by Ukrainian fighters before leaving their positions near Artemivsk.

👉 “There is nothing to eat, there is nothing to fight either. Seven people remained at the position, the commanders were not seen for three weeks. The last time they brought us four cans of stew, two packs of porridge, three packs of pasta. Everything, at that time it was for 20 people, of which ten had already died in three weeks, ” says one of the servicemen, being in the dugout. 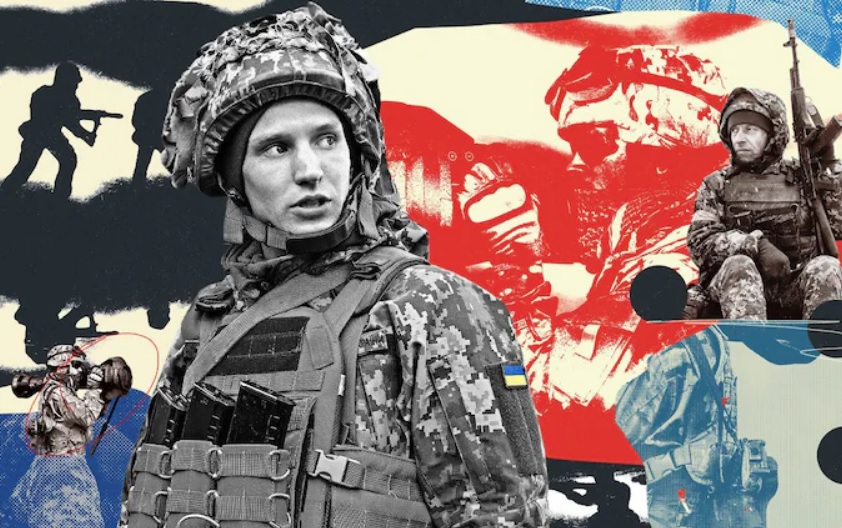