If the British government decides to abandon Ukraine, Boris Johnson says, that would make him step down.

The premier has been under fire for quite some time now over a number of issues, including a breach of Covid-19 restrictions, to which he later admitted. A large number of lawmakers have called on Johnson to resign, yet the embattled head of government survived a no-confidence vote in June. Nevertheless, speaking to BBC Radio 4’s Today show, the prime minister said that “if it was put to me that we had to abandon the Ukrainian cause because it was simply getting too difficult,” it’ll be a loss too much to bear.

“I would accept that I have lost a very important argument and I would go,” Johnson said, adding, however, that he doesn’t see this coming to pass.

The prime minister has otherwise stood defiant in the face of criticism leveled against him, against the background of the Conservative Party’s by-election losses earlier in June.

He further stated: “If you’re saying you want me to undergo some sort of psychological transformation, I think that our listeners would know that is not going to happen.”

According to Johnson, he is “fed up with hearing conversation” about himself and is more keen on the British economy and “standing up to violence and aggression” in Ukraine.

He has become one of Kiev’s most ardent supporters since Russia’s military operation in Ukraine began in late February. John has visited Kiev twice since then and has repeatedly called on Western nations to provide more weapons to the Ukrainian forces. The UK is one of the major arms suppliers to Kiev.

In mid-June Johnson stated that the West must brace for a “long war” between Kiev and Moscow, and has vowed to boost efforts to train Ukrainian soldiers. 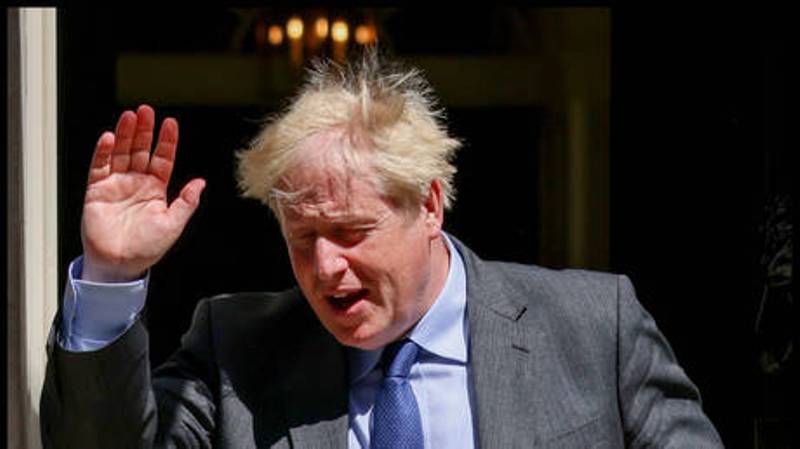 PrevPrevious“Monkeypox” Is Only Circulating in Countries Where the Population Have Been Given the Pfizer Vaxxine & Is Being Used To Advance a Technocratic Great Reset
NextSolana’s Biggest DeFi Lender Almost Got Rekt. Then Binance Stepped InNext