We’ve challenged PolitiFact to a live, recorded debate earlier today. The two parties are polar opposites: one defends the narrative and the other exposes the truth.

The request from PolitiFact to remove the fact check recording

Recently, I got an email from PolitiFact’s Editor-in-Chief, Angie Holan, requesting I remove the recording of my conversation with their so-called “fact checker,” Gabrielle Settles who was doing a fact check on VAERS.

I refused her request.

Gabrielle asked if she could record the call and I consented, so that entitles all parties to record the call. PolitiFact did not deny that we both consented. She wrote,

I am not in the least embarrassed by how she conducted the interview. I’m asking that you remove the video as a professional courtesy because the reporter did not consent to be recorded.

First of all, she should be embarrassed by the interview. The interviewer was clearly focused on proving an agenda and showed no interest in exploring evidence that was counter her agenda. I gave her the story of the century if she would just follow up on what I suggested she do.

Secondly with respect to permission, by asking me if it was OK to record the call, she is giving implied consent for the call to be recorded since she is doing the asking. All parties on the call consented to being recorded meaning the conversation is no longer private and all parties can record the call.

I then raised the stakes: I challenged PolitiFact to a debate to settle the matter once and for all in front of a live Internet audience as to who are the liars and who are the truth tellers. Here is the email I sent on Feb 25, 2022 at 2:58pm PST:

They can have as many people as they want on their side, the more the better since it will remove all excuses when they lose.

We can use the debate rules suggested here, or anything else they are comfortable with.

The purpose is simple: to ascertain who is really spreading misinformation.

Of course, the problem with a debate is that usually one side wins. If it is the misinformation spreaders, the narrative is crushed. This is why nobody wants a debate: they can’t take the risk.

PolitiFact can’t win a fair debate. There is way too much information out now on how dangerous the vaccines are that is impossible for them to explain.

This is why I don’t think that there is a snowball’s chance in hell they will accept.

I sent the email to Angie earlier today and have not heard back. I will update this article if I do. Don’t hold your breath.

Watch the video that they don’t want you to see

The video they wanted me to remove exposes how the fact checker had absolutely no interest in exploring any of the evidence that proved that the VAERS data was correct.

In short, the video proves that these so-called fact checkers aren’t interested in the facts; they are interested in defending the false narrative.

Be sure to check out the original story (it’s point #5 in this article), and be sure to watch the video if you haven’t already. It shows just how biased these fact checkers are.

Be sure to check out the comments at Rumble on the video:

Other points about VAERS:

In the meantime, California wants to ensure that no doctor can question whatever the government says

California just introduced a bill that would enable medical boards to take away the license of any doctor who spreads “COVID-19 misinformation.” This is a tacit admission that they can’t win on the facts, so they have to use threats and intimidation to keep the truth from emerging. Their only weapon is censorship.

They define COVID-19 misinformation as anything going against the government narrative.

In short, they want to take away the free speech rights of doctors who would no longer be allowed to question anything the government says. After they do that, citizens will be next.

Florida is doing the opposite: Protecting the rights of doctors to speak freely

Meanwhile, Florida is doing the opposite by proposing a law that would protect the rights of doctors to speak the truth.

We live in interesting times.

Byram tried to debate the authorities in Canada, but they were a no show. He likes courts because the other party is forced to appear.

Here is what he wrote:

Hi Steve, I can’t get any of the narrative-pushers in Canada to debate the science. It would be great if you could have some success with this in the US. But, I agree with you; they almost certainly won’t. Those who don’t stand on the science will never engage in a conversation. People who love the narrative need to start asking their ‘champions’ why they keep refusing to step into the arena with the dissidents. At some point they are going to have to admit that their ‘champions’ are cowards and do nothing more than ‘talk the talk’ from behind their keyboards. A lack of scientific expertise becomes quite apparent when one has to respond off-the-cuff to another scientist in real-time. One place that the ‘experts’ for the narrative cannot hide is in court. So far, I have been seeing them crushed in this venue. This is why many court decisions are being made on technicalities; to avoid ruling on the evidence, the weight of which is not in favor of the narrative.

They are censoring doctors in the UK

GPs have been warned that criticising the Covid vaccine or other pandemic measures via social media could leave them ‘vulnerable’ to GMC* investigation.’1

*GMC = General Medical Council. This is the body that can strike doctors from the medical register so they cannot work as a doctor.

‘Vulnerable to GMC investigation’. What a deliciously creepy phrase that is, dripping with unspoken menace, whilst pretending to be helpful. It sounds like something the Mafia would come up with.

‘I would keep quiet about this, if I were you.’ Baseball bat tapping gently on the floor. ‘No, this is not a threat, think of it as advice from a friend. We don’t like to see anybody making themselves, or their family, vulnerable, and getting seriously injured now, would we?’

It seems that, unless you prostrate yourself before the mighty vaccine, and intone ‘Our vaccine, which art in heaven, hallowed be thy name…’ and suchlike, you will be attacked from all sides … simultaneously. Indeed, to suggest that vaccines are not perfect in every way is the twenty first century’s equivalent of blasphemy.”

They are censoring doctors in Australia

Elizabeth Hart in the comments notes that muzzling doctors from questioning the Covid jabs is the same in Australia.

AHPRA, the regulator of ‘health practitioners’ here, issued a Position Statement dated 9 March 2021, which states: “Vaccination is a crucial part of the public health response to the COVID-19 pandemic. Many registered health practitioners will have a vital role in COVID-19 vaccination programs and in educating the public about the importance and safety of COVID-19 vaccines to ensure high participation rates.”

Health practitioners are also warned: “Any promotion of anti-vaccination statements or health advice which contradicts the best available scientific evidence or seeks to actively undermine the national immunisation campaign (including via social media) is not supported by National Boards and may be in breach of the codes of conduct and subject to investigation and possible regulatory action.” (Search for AHPRA position statement 9 March 2021 to download PDF.)

In regards to ‘anti-vaccination’, in practice, any questioning of Covid jabs in Australia is regarded as ‘anti-vaccination’, as tennis star Novak Djokovic discovered when he tried to come here recently to participate in the Australian Open. The Immigration Minister banished Djokovic from Australia because he “has previously stated that he ‘wouldn’t want to be forced by someone to take a vaccine’ to travel or compete in tournaments”. For being an individual wanting to retain his bodily autonomy, Immigration Minister Alex Hawke considered the presence of Djokovic “may be a risk to the health of the Australian community”, presumably as Djokovic might inspire Australians to make their own informed decision about the Covid-19 jabs, counter to government diktats. (See the court judgement here: https://www.judgments.fedcourt.gov.au/judgments/Judgments/fca/full/2022/2022fcafc0003 )

What does the antagonism against Novak Djokovic mean for critical thinking Australians who have similarly made their own informed decision to refuse to consent to Covid jabs that don’t prevent infection nor transmission, injections which purportedly provide questionable ‘protection’ of very limited duration, against a disease it was known from the beginning wasn’t a serious threat to most people?

Now we have a dire situation in Australia where millions of people have been coerced to be jabbed to maintain their livelihoods under state government and business/employer mandates, this directly flouts the obligation for valid voluntary consent to be given before vaccination.

I’ve complained about this matter to medical organisations in Australia, see my email to the Medical Board of Australia, AHPRA, RACGP, RACP, AMA, 8 June 2021: https://vaccinationispolitical.files.wordpress.com/2021/06/coercive-covid-19-injections-in-australia-medical-board-of-australia-ahpra-racgp-racp-ama.pdf

After perseverance, I finally received a response from AHPRA, which confirms: “Practitioners have an obligation to obtain informed consent for treatment, including vaccination. Informed consent is a person’s voluntary decision about health care that is made with knowledge and understanding of the benefits and risks involved.” See: https://vaccinationispolitical.files.wordpress.com/2021/10/response-from-ahpra-re-informed-consent.pdf

But this isn’t happening! With so many people being coerced and manipulated into submitting to the jabs under state government and business/employer mandates, this isn’t authentic voluntary consent. The situation is really bad in Australia, which I suspect is possibly the most mandated jab country in the world.

We want to make sure people know the truth about PolitiFact. I literally handed Gabrielle Settles the story of the century and she had no interest at all in pursuing any of it.

Everyone should watch the video of how they operate.

If PolitiFact and others want to end misinformation, all they have to do is debate us. Instead, governments are passing laws to censor doctors since they don’t have the facts on their side.

All over the world, governments do not want the people to hear the fully story. 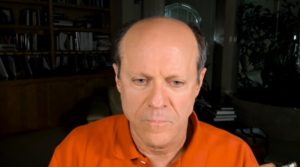 PrevPreviousDr. Ryan Cole – Faucci Ordered a Ban on Autopsies on C0VID Patients
NextmRNA Injections for C0V-19 by Pfizer Reverse Transcribes Into Human DNA in As Little as Six Hours Post-ExposureNext