– We are ALREADY in World War III, but the governments aren’t telling the people.
– China has reportedly pushed 200,000 troops into the fray, along with supplies
– Russia is preparing for GLOBAL warfare, a fight to the very end
– Everybody needs extra iodine and stored food in case FALLOUT contaminates new crops
– Poland is now handing out iodine to citizens
– How #iodine really works (and how it doesn’t)
– What happens to immunosuppressed vaccinated people when global radiation is unleashed in a nuclear war?
– Horrific #FAMINE is right around the corner, and will persist through 2023
– World’s food supply requires TWO YEARS of great harvests to normalize
– Poor US food harvest being reported now, will worsen food supply chain 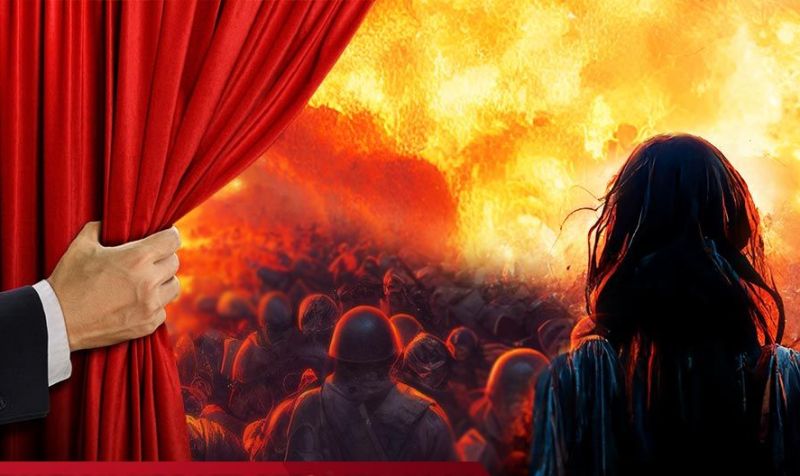 cblackink
My observation is that there is a difference between intelligence and wisdom-which includes the gift of discernment. Discernment is key.

Pistola1A
I’m smart enough to know the planes that are spraying on me this morning is probably not fungicide. Dept of Ag says probably fungicide. Yea right. Illinoiis harvest. I wouldn’t eat corn if I were you. Not safe and effective. And if I have to worry about taking iodine orally, well, just fkg shoot me man. I’ve had enough.

MsProLifeAmerica
For every dollar given to find a cure, is a dollar taken away from finding the real cure.

Donkey-CaCa
Sounds just like the American Cancer Society grift… The elitist scumbags have all sorts of grifts to enrich themselves from charities! The DemocRATs are the KING of gifts and the Republican’ts want in on the grift…

cack eraser
COVID-19 has never been isolated, just a computer alignment (not even sequenced) fraud to get the jabs in the arms. The spike protein (biotoxin) like other bioweapons would require some stable shell. Nano lipids and nanotech (graphene oxides) would be a possible delivery system. Earlier so called viral developed bio-weapons must have cultured not as DNA/DNA replicating sequences but exosomes that acted not as detoxifcation messengers but their binding causing disease, Don’t forget the history of EMF poisoning aswell. The PCR and lateral flow basically look for broken down human genetic fragments from cytopathic effect (cell toxicity) not the viral nonsense the globalist sell, as that would show they have been poisoning us via many ways.

War Profit
Who is in charge of every government on the face of the earth? The answer is Satan.
Putin was allowed to invade, the world is a stage and all the worlds leaders are acting out their prepared scripts.
Every war is a bankers war. Satan gets what he wants, sacrificed souls which many are damned.
Bankers and governments get kick backs from weapons manufacturers.
Before these wars start, they have already selected the cities to be sacrificed, winners determined.
They have given you a heads up as to what they have planned. Thermo-nuclear war.
How else can they eliminate the last armed society, destroy American cites with nukes.
Biden, Putin, and all the rest of the leaders on earth are playing their parts in which the current world is structured.
Burn it to the ground, out of its ashes, their Phoenix will rise.
Only God knows the day and the hour.

topdrifter
“Force Majure” is the goal, as soon as that nuke pops all of our evil DC swamp-creatures are off the hook. Especially Biden, he’s the dirtiest swamp creature in the world.

Kdog
USDA tries to kill you then we must trust their certified organic makes sense right.

John Pietrusiewicz
I was hit with a toxin, after the Trump rally in Alaska, that effected my spinal column. I was laid up in bed for 20 hours. I awoke about 80%. It took another two weeks, and I was fine. Without good nutrition I would have been laid up for a lot longer and might have even passed. The bioweapon agenda is 100% real.

Azurite-Crystal
The Globalists are in Ukraine and are a threat to Russia 100 percent.
IMHO the US should be supporting Putin not Ukraine.