Embargoes designed to hurt Russia impact “colonies” in the West instead.

Western attempts to isolate and punish Russia have backfired on their creators, Russian President Vladimir Putin said on Thursday. Speaking to a group of young entrepreneurs in Moscow, he pointed out the economic consequences of anti-Russian sanctions on the countries that imposed them.

“If someone tries to contain us in some regard, they ultimately contain themselves,” Putin told a group of young entrepreneurs, engineers and scientists in Moscow, ahead of the upcoming session of the St. Petersburg International Economic Forum (SPIEF).

“For example, they limit the exportation of our fertilizers – and their prices go up, far more than here. They try to limit our energy exports, and their prices go sky-high. They even try using my name to label their inflation, but the reality is we have absolutely nothing to do with it!” he said, to laughter from the audience.

The latter appeared to be a reference to US President Joe Biden’s insistence that the record price of gas at American pumps was a “Putin price hike,” though polls show most Americans are not convinced.

“This is solely the result of the huge mistakes they themselves made,” the Russian leader added. “And now they’re trying to, forgive me ladies, cover up a certain spot by blaming everything on Russia.”

Putin has repeatedly pointed out that, insofar as Moscow’s military operation in Ukraine has anything to do with Western economic woes, it’s because embargoes against Russia imposed by the US and its allies have disrupted the supply of oil and gas, fertilizer and even grain to the West.

Record inflation in the US and EU, however, was due to their own policies – specifically the runaway money-printing in Washington – and “nothing at all” with the conflict in Ukraine, the Russian leader said in an interview last week.

In Thursday’s Q&A session, Putin shrugged off the departure of many Western companies from Russia, saying the choice to miss out on the country’s great potential was their loss. He attributed the exodus to “the internal state of these countries, which cannot make sovereign decisions.”

There is no in-between status. Either a country is sovereign, or it’s a colony, no matter what you choose to call it. But if a country, or a group of countries is unable to make sovereign decisions, it is already, to a certain extent, a colony, which has no historical prospects of surviving in the current geopolitical struggle. 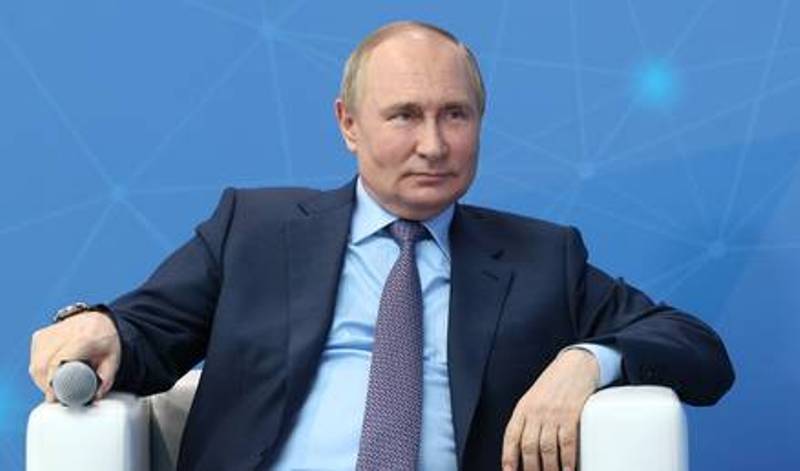