One of the German diplomats who snickered when then-President Donald Trump said Germany would “become totally dependent on Russian energy” didn’t respond to a question on whether his views have changed as rising energy costs amidst the war in Ukraine seem to prove Trump right.

Trump made the remarks during a speech to the United Nations General Assembly in Sept. 2018.

Trump said during the same speech: “Reliance on a single foreign supplier can leave a nation vulnerable to extortion and intimidation.”

At the time, Germany and the United States disagreed strongly about the construction of Russia’s Nord Stream 2 natural gas pipeline to Germany.

Germany maintained that the project was strictly commercial, while American officials worried Russia could use a new pipeline to place geopolitical pressure on Europe.

To many who heard it again, Trump’s warning sounds prophetic.

Sanctions on Russia after it invaded Ukraine have helped drive up the price of energy around the world, inflicting some of the greatest pain on Germany. Before the war broke out, over half of the country’s natural gas came from Russia.

German energy prices exceeded $1,000 per megawatt-hour for the first time on Aug. 29, following months of rising prices for households and businesses alike.

In mid-August, the German government introduced a new natural gas tax—2.4 cents per kilowatt hour—on consumers to go into effect in October as temperatures fall and demand rises with the approach of winter.

That Russian state-owned company has continued turning down the spigot of gas to Europe. In recent weeks, it has cut the volume in Nord Stream 1 to just 20 percent of its capacity.

The pipeline was temporarily shut down for maintenance again on Aug. 31.

Back in September 2018, one member of the German delegation was described as not only laughing but also “shaking his head in disbelief” at Trump’s comment.

That skeptic was Heiko Maas, a member of the left-wing Social Democratic Party of Germany.

At the time, Maas was serving as the country’s foreign minister under then-prime minister Angela Merkel.

He left that role in 2021 and is now a member of the Bundestag.

Maas’s 2018 speech at that U.N. General Assembly did not explicitly address Trump’s comments.

He did, however, criticize climate action “based solely on nationalism, with the objective of ‘putting my country first’”—an apparent jab at Trump’s America First agenda.

Maas later told reporters that Trump’s claim regarding the pipeline “does not correspond to reality,” saying that “Germany is not dependent on Russia, especially not on energy issues.”

The Epoch Times reached out to Maas to see if he had reevaluated Trump’s comments.

In an Aug. 31 email, a spokesperson for Maas said that the politician “will not comment on foreign policy issues.” 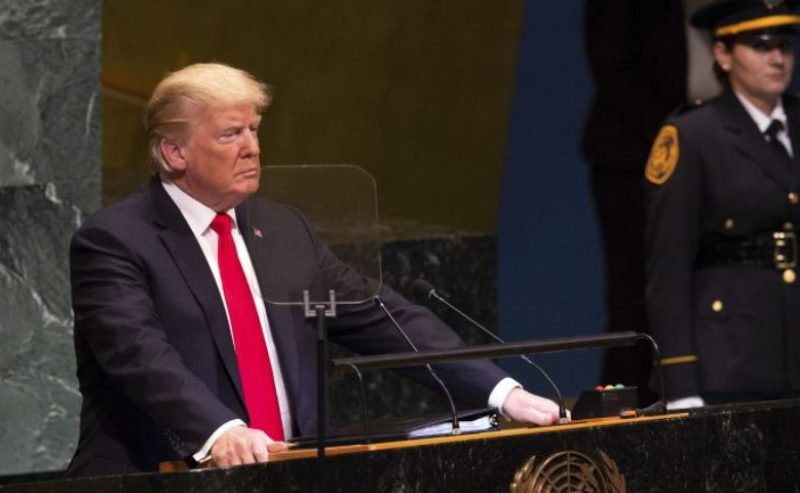 PrevPreviousPutin Speaks at the Plenary Session at the WEF-2022
NextAre You Wondering If It’s a Good Idea to Give Your Kid the COVID Shot?Next