By The Dive with Jackson Hinkle 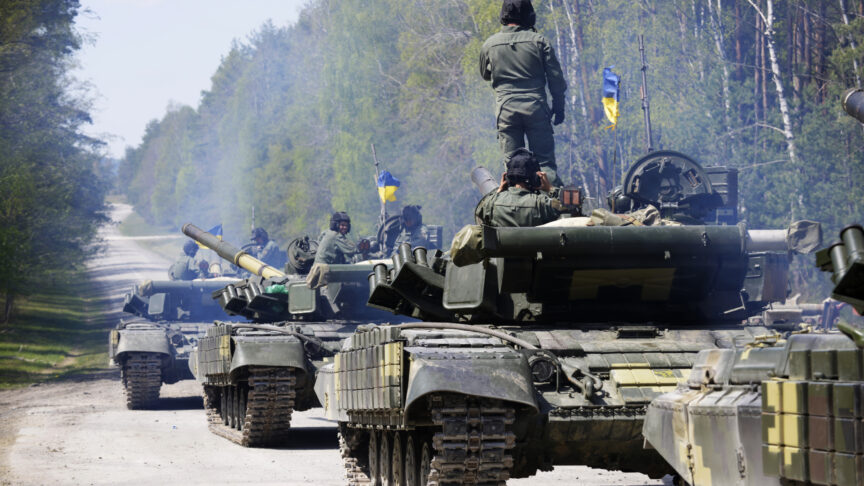 Mark Gregory Holmes
My wife is from Crimea. They do not want to be Ukrainian. They had a referendum where about 85% of the citizens participated and 95+% voted to, once again, be Russian. They are happy there. Ukraine needs to leave them alone.

John V
Thank you! I hope the rest of the world realizes not all Americans support the corruption in Ukraine!

The Globalist
Such an absolute tragedy for Ukrainians on the front lines. NATO pushing men in such a losing battle is a war crime.

Jimme2020
Henry Kissinger’s saying to be our enemy is dangerous, to be our friend is fatal … Ukraine, Europe……

lyin4rmu
Also an important point is a large amount of fighting is done by DPR and LNR militia forces so the KIA number of actual russian military will be much lower than what the colonel estimated.

Counter Service Intelligence
YES NAPOLITANO IS A GREAT GUY I WISH YOU CAN ALL FORM A COALITION JACKSON WHILST YOU STILL CAN TO SPREAD AWARENESS IN A LEVEL THAT WOULD SAVE AMERICA BY MAKING THE AMERICANS TAKE A STRONG STANCE AGAINST ALL THIS.

davidpq lim
I used to read and believe what the western msm reports and if it is true, Russia should now be running with its tail behind the legs. I now looked forward to Jackson’s daily updates. I find it factual and well balanced as he would also back it up with other reports. And it is also good that he would get Col Macgregor to give his comments on this ongoing war.

namur 1990
Donbass Front Lines on Fire: Russian military operations continue in Ukraine. Almost all front lines are marked by heavy positional battles while in the north of the Donetsk People’s Republic Russian-led forces continue their offensive on the Ukrainian defenses along the Bakhmut-Seversk-Soledar lines. The Russian military is set to approach to the road between the city of Bakhmut and Gorlovka in an attempt to surround Ukrainian forces in Bakhmut from the south. Fighting continues in Kodema, the last town on the Russian way to the road.
Russian assault groups have full control of the village of Vershina since August 14. It is located 10 kilometers to the south-east of Bakhmut. Russian-led forces have recently reached the outskirts of Zaitsevo and fighting is ongoing in Veselaya Dolina, where Ukrainian units are still holding their heavily fortified positions.
On August 16, more than 50 servicemen as well as six units of military equipment of the Ukrainian 72nd Motorized Infantry Brigade were destroyed in the area.
Meanwhile, battles continue on the streets of Bakhmut, where Russian assault groups entered four days ago and managed to establish a foothold on the eastern outskirts.
In the city of Soledar, the advancing units attempt to develop their offensive towards the Belokamensk refractory plant and gypsum quarry. Fighting is ongoing on the streets to the north of the KNAUF-Gypsum plant.
Ukrainian officers left the area of Soledar, and soldiers there were left to their own devices.
Ukrainian forces suffer heavy losses in counter-battery duels in the area. More than 50% of the personnel and military equipment of the 15th Battalion of the 58th Motorized Infantry Brigade of the Armed Forces of Ukraine were destroyed.
Positional battles on the Donetsk front lines resulted in heavy losses of the Ukrainian 66th brigade deployed in Marinka. They amount up to 70% of the military personnel.
Advances in the area. DPR units reached the highway between Maryinka and Ugledar. This complicated any military supply to the Ukrainian grouping deployed to the west of Donetsk.
After the town of Peski came under the control of the DPR military, advancing forces pushed the Ukrainian military about 10 kilometers to the west. There, they launched an offensive on the town of Nevelskoye. These gains allow DPR troops to move toward Krasnogorovka as well.
The Russian-led offensive is slowed down by the necessity to break down through the areas that have been fortified by the Ukrainian military for years. On the other hand, Ukrainian forces are yet to claim any significant gains on the front lines.
Weapons provided to Kiev have not had a significant effect on the battlefield, as has been claimed by the West.
Initially, it was about the supply of Javelin anti-tank systems and some unique drones. More recently, HIMARS multiple launch rocket systems and long-range howitzers were being promoted to the role of superweapons by Westerners. However, all of these weapons are being ground up in battle.
Western ‘superweapons’ myth dispelled.

Donald P
You are incorrect. Russia lost more troops in the first month than they have lost since then. The reason is simple, it became an artillery war and a self propelled artillery unit takes zero casualties when blasting a truck 5 miles away.

Jacinto Chua
Sad that many politicians believe their own narrow mindedness and caused this tragedy. It’s time to stop this nonsense. NATO cleared out their warehouses of ancient stockpile and field tested their new weapons with Ukrainian lives. It’s sick. Remember karna. She pays back with interest.

Onny Deky
Jackson Hinkle,you are just a great mind and an icon to the rest of the world.You are so resourceful in your journalism,A true visionary.Telling the real truth as it is on the ground,and how it would be.From the beginning of the Russia-Ukraine war, l have been following your reports.l noticed that all you were saying is exactly what we see happening in Ukraine right now.The trajectory of the war is following exactly what you were pointing out.Your mind capability is way above your age expectation.God bless you more youngman.

snow white
Well American so lucky;)still have the hope as long as the leadership like Col McGregor can help them being adult standing on the ground avoiding all the unnecessary sh*t!

Tom Martin
Crimea has been part of Russia since 1776. It was Khrushchev who was half Russian and Ukrainian that assigned it to the Ukraine which was ruled by Moscow anyway. Never having dreamed this would have happened.