Scott Ritter is a former US Marine Corps intelligence officer and author of ‘SCORPION KING: America’s Suicidal Embrace of Nuclear Weapons from FDR to Trump.’ He served in the Soviet Union as an inspector implementing the INF Treaty, in General Schwarzkopf’s staff during the Gulf War, and from 1991-1998 as a UN weapons inspector.

The director of the Central Intelligence Agency (CIA), William Burns, made headlines recently while answering questions from reporters about the threat posed by Russian nuclear weapons within the context of the ongoing conflict in Ukraine. “Given the potential desperation of President [Vladimir] Putin and the Russian leadership, given the setbacks that they’ve faced so far militarily, none of us can take lightly the threat posed by a potential resort to tactical nuclear weapons or low-yield nuclear weapons,” Burns said.

Burns’ statements were derived from a fact-set being promulgated by Ukraine, the US and the Western media which holds that Russia has suffered serious setbacks in Ukraine and is desperate to salvage the military situation on the ground. Russia disputes this assessment, holding that what it calls the “special military operation” in Ukraine is proceeding according to plan, having transitioned into its second phase, which focuses on the destruction of Ukrainian military forces in and around the Donbass region.

Burns himself was unable to provide any concrete evidence to back up his claims about the possibility of Russia using nuclear weapons in Ukraine. “While we’ve seen some rhetorical posturing on the part of the Kremlin about moving to higher nuclear alert levels, so far we haven’t seen a lot of practical evidence of the kind of deployments or military dispositions that would reinforce that concern,” Burns said. “But we watch for that very intently, it’s one of our most important responsibilities at the CIA.”

Burns’ exaggerated and unfounded concerns were put front and center on the international stage by Ukrainian President Volodymyr Zelensky when answering a question posed by a CNN reporter about the potential for Russia using nuclear weapons in Ukraine. “We shouldn’t wait for the moment when Russia decides to use nuclear weapons,” Zelensky replied. “We must prepare for that.”

Russian Foreign Minister Sergey Lavrov was dismissive of Zelensky’s analysis of Burns’ remarks. “[Zelensky] says many things,” Lavrov said, speaking to a reporter during his recent visit to India. “I cannot comment [on] something, which a not very adequate person pronounces.”

Lavrov noted that the US and Russia had, during the June 2021 Summit between US President Joe Biden and Russian President Vladimir Putin, reiterated the Cold War-era understanding that “there could be no winners in a nuclear war,” a statement which was adopted by the Permanent Five members of the Security Council (Russia, the US, China, France, and Great Britain) in January 2022. Lavrov emphasized the fact that this statement remained in full effect, and that Russia would only use conventional weapons in Ukraine.

The statements by Burns and Zelensky, magnified as they have been by a Western media more interested in creating sensational headlines than understanding the reality of the situation regarding Russian nuclear posture, is part and parcel of an overall public relations strategy designed to paint Russia, and its nuclear weapons, as representing an existential threat to world peace.

Russia, and in particular its leader, Vladimir Putin, has left no doubt as to the reality of Russia’s nuclear deterrent capability. Indeed, Putin, when announcing the start of the operation, raised the specter of Russia’s nuclear power status when warning the US, NATO, and the EU not to intervene directly in Ukraine. “Whoever tries to interfere with us, and even more so, to create threats for our country, for our people, should know that Russia’s response will be immediate and will lead you to such consequences that you have never experienced in your history.”

Putin followed that statement up with a more pointed response to what he termed the “unfriendly” actions of “Western countries” in response to the Ukrainian operation. “Western countries aren’t only taking unfriendly actions against our country in the economic sphere, but top officials from leading NATO members have made aggressive statements regarding our country,” Putin said during a meeting with his top officials. He then directed that Russian Defense Minister Sergey Shoigu and the chief of the military’s General Staff, Valery Gerasimov, place Russia’s nuclear deterrent forces in a “special regime of combat duty.”

While anti-Russian pundits in the West jumped on Putin’s directive as an order to elevate the operational readiness of Russia’s nuclear arsenal, the reality is far different – Putin’s orders most likely simply increased the communications capability of the various command and control functions related to Russia’s strategic nuclear forces, with no change in the operational readiness of any frontline nuclear units.

The ability of the West to overact to any news about Russia’s nuclear arsenal displays a deep-seated lack of understanding as to what Russia’s posture is, and under what circumstances its nukes might be used. While such uncertainty may have been understandable in the past, on June 2, 2022, Russia – for the first time in its 30-year history – released to the public a document, “Basic Principles of State Policy of the Russian Federation on Nuclear Deterrence,” which explains Russia’s nuclear war fighting policy.

The Russian “Basic Principles” make clear that nuclear weapons are viewed “exclusively as a means of deterrence,” the use of which could only take place as “an extreme and compelled measure.” Russia’s strategic nuclear forces are organized so that there is “the inevitability of retaliation” in the event of nuclear attack on Russia and that these forces were designed to inflict “guaranteed unacceptable damage” on any potential adversary – in short, any nation on the receiving end of Russia’s nuclear arsenal would cease to exist as a modern state with a functioning society.

The document also outlined two non-nuclear scenarios where Russia would retaliate using nuclear weapons. The first involves an attack by an adversary against critical governmental or military sites of Russia, the disruption of which would undermine nuclear force response actions (i.e. a so-called decapitation strike against the political and military leadership). The second involves any aggression against Russia with the use of conventional weapons when the very existence of the state is in jeopardy.

As Sergey Lavrov pointed out in his statement to the Indian press, none of the conditions set forth in the “Basic Principles” document apply to the current situation in Ukraine.

This does not, however, mean that the Ukraine conflict has not resulted in elevating the nuclear temperature in Europe – far from it. In Sweden, support for joining NATO is growing, and Finland could be filing an application for membership within weeks. If the US-led bloc expands to these two countries, it may be a case for a potential military response by Russia – or at least a boosted build-up of Russian forces. According to Dmitry Medvedev, a former president and prime minister who currently advises President Putin on national security matters, if either Sweden or Finland were to join NATO, “it will no longer be possible to talk about any nuclear-free status of the Baltic – the balance must be restored.”

Medvedev noted that “Russia has not taken such measures and was not going to,” but added that “if our hand is forced, well… take note it wasn’t us who proposed this.”

The talk of Sweden and/or Finland joining NATO comes on the heels of a concerted effort by the bloc to deploy nuclear-capable F-35A fighters. “We’re moving fast and furiously towards F-35 modernization and incorporating those into our planning and into our exercising and things like that as those capabilities come online,” Jessica Cox, the director of the NATO nuclear policy directorate in Brussels, declared recently. “By the end of the decade, most if not all of our allies will have transitioned” to the F-35, Cox said.

The F-35A was certified as a nuclear capable aircraft in October 2021, having been tested using B-61 nuclear bombs. The US maintains a stockpile of some 150 B-61 nuclear bombs at various depots throughout Europe. These weapons are intended to be used by both the US and so-called “non-nuclear” members of NATO. Indeed, Cox had specifically noted that other NATO allies currently operating the F-35, such as Poland, Denmark, and Norway, might be called upon to support NATO nuclear sharing missions in the future. Finland has recently announced that it intends to purchase 60 F-35A fighters, a move that can only be seen as worrisome by Russia considering Finland’s stated desire to join NATO.

The extensive use by the US and other NATO air forces of the F-35A in support of the so-called “Baltic air policing” operation ongoing over the skies of Latvia, Estonia, and Lithuania, is seen by Russia as representing a serious threat, given that every F-35A in the air must be treated as a potential nuclear-armed threat.

Jessica Cox and the other proponents of the F-35A fighter – including Finland – would do well to reflect on the fact that the Russian “Basic Principles” list the “deployment of nuclear weapons and their delivery means in the territories of non-nuclear weapon states” as one of the scenarios “to be neutralized by the implementation of nuclear deterrence.”

Russia may not be preparing to use nuclear weapons in Ukraine. However, NATO’s irresponsible posturing may result in increasing the potential for Russian nuclear weapons to be used in Europe. 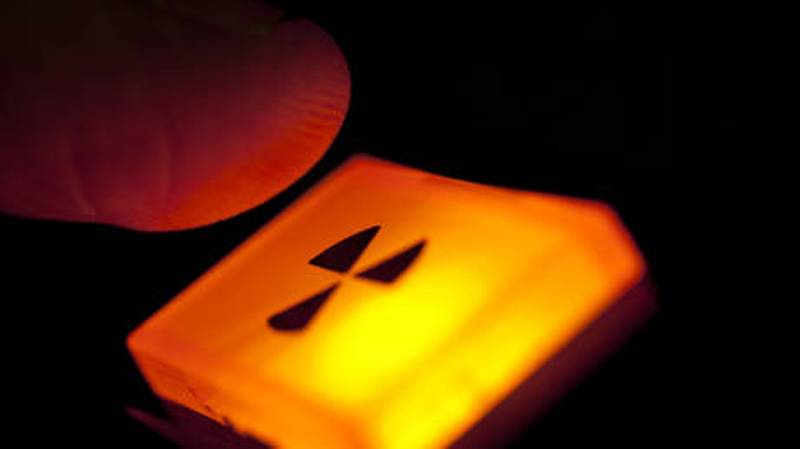