The recent shooting at the Uvalde school in Texas was allowed to happen. Police stood down and waited outside for 40 minutes to an hour while the gunman was inside, murdering children (and a teacher) at will. This is now confirmed by the Associated Press, no less.

This means that law enforcement in Uvalde, Texas were negligent in the mass killings. They didn’t do their primary job: To protect the innocent, even if it means putting themselves in harm’s way. 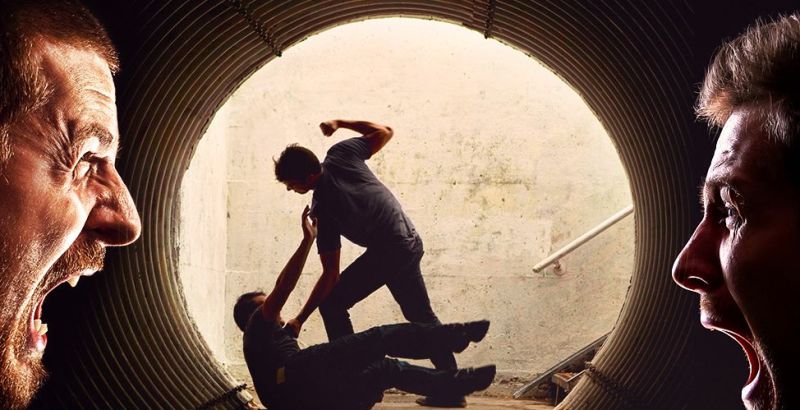 Chickendumplins
We are where we are because of unpunished treason. It will only get worse. Corruption is so entrenched that if justice were to come, it would take the form of war.

Carol Dickinson
Well said Mike! I agree 100% with what you said. The left run only on emotion… with no logical reasoning. I am sure this young man was some how controlled and connected to the globalist narrative to remove our 2 amendment right to bare arms. Have you all noticed these shooting ALWAYS happen in schools with children… because these fascist want more school shootings and more kids killed.. to try to remove our guns. The left are so dark.

S Michael Smith
I was in public school from about 1961. I have a friend and former colleague who is a couple years older, and attended school in Durham, NC. He remembers that they had an indoor targeting range at the school, a part of one of the official youth training programs of the day. They learned proper firearms handling, etc. Imagine that today…!

LibertyLiz
The really pathetic part is that the demonrats are the ones orchestrating and carrying out these “attacks” via their alphabet agency minions. And it’s also possible that a certain entity that approves certain “permits” was well aware of this kid’s derangement, making him an excellent candidate for the “job”… which makes you wonder if he purchased his “tool” of destruction at a “shop” (store) at all because part of the “narrative” is to make all factions involved in these purchases look like the “bad guys”. Funny how the doctors butchering children in the womb, the enablers and perpetrators of crimes against children, don’t fall into this category.

Janet Singer
Guns don’t kill – Hate kills.
Russia has said they are Christian … is that why the American Government wants to destroy them???

daid frankel
IT’S NOT THE GUNS: America’s left-wing culture of DEATH and self-mutilation is a FACTORY that produces mass shooters

peter
Mike I can assure you that this was a classic deep state FBI falls flag operation just like any mass shooting in the past 20 some years.
These planned mass shootings are conveniently happening the same time the Demoncrats are having their gun confiscation campaign. I can guarantee you that more to come from the deep state Gestapo.

NatureHacker
The government only cares about your guns when they want to dissapear you.

Steve Marten
how could this kid with 2 new guns and zero training or criminal history kill 3 adults, 18 kids, and injure 21 more ??thats close to fifty people shot. And all that without planning(on his part) since he was chased there by cops. Why 2 rifles for one 18 yr old untrained kid.? you cant use both at the same time unless you are arnold. @ 2000 a rifle you could buy plenty of clips and ammo. even stupid people can see the illogical explaination here. no one would need an extra rifle. they would need ammo. UNLESS THE WAS ANOTHER PARTY INVOLVED. none adds up and it reeks of biden, obama, deep state, democrat pukes. They kill children because its legal and not sad.to them. the children murdered is not why they are concerned. they want to take the guns from americans and they might be able to do it now.

rolloverandplaydead
The police had to wait until the true perpetuator was fully hidden before they went in–no way for an unskilled teenager to pull this off with no survivors (witnesses). and I’m sure that the surveillance camera was inoperative.
Although the Port Arthur massacre that disarmed Australia had a very high kill rate, there were survivors…

Rea TurRee
We need to think about getting some of the Vets”/Nam” and there after, who most certainly do understand War fare, to stand Gard over our schools. This would give them something to really care about and be so ready to protect….

Normal Human
How many of these events happened between 2016 and 2020? How many happened between 2012 and 2016? Of all these events, are ANY of them without a giant list of questionable incongruities that conflict with one another and do not add up to the official narrative? Is everyone getting tired of the same game play being run over and over again? Can we compare these events to a child’s cartoon series? Do you know that each episode of a cartoon like ‘Inspector Gadget’ has the exact same plot with just different circumstances? Shouldn’t we all question if these items are not being created in the hopes of achieving some goal?

Leland Jossy
I hate to say it but I can see what’s coming… These globalist will unleash the new WHO/DOD/NATO controlled supercomputer super surveillance system Rolled out in some whacked out Democrat state like NY and it will show the success for catching criminals for their violent crimes… Which can include any criminals who don’t Surrender their guns and therefore are declared enemies of the state or domestic terrorists.
The NATO world security system will have the means to apprehend criminals safely with a huge army of drones… They will compare this with human law enforcement and every possible issue they can come up with like George Floyd to show how bad human police are compared to AI police
The Sheeple will unanimously vote for it because they will be terrified of all the false flag operation‘s that will be happening a company worth little proven success stories of the super AI system to protect us home for the greater good… Controlled by the global elites of course. The Sheeple will unanimously vote for huge taxes to pay for 10 times as many 5G towers sold out they can finish exterminating us all once it’s complete