Scientists say neonicotinoids (“neonics” for short), a highly toxic and widely used family of pesticides, is killing off bees and other pollinators — and threatening ecosystem health and food security.

Around the world, bees and other pollinators are dying off in droves, with potential long-term impacts on ecosystem health and food security.

Scientists are now pointing to a highly toxic and widely used family of pesticides known as neonicotinoids (“neonics” for short) as a primary culprit. Here’s what you need to know.

Neonics are a class of synthetic, neurotoxic insecticides that are used on agricultural crops, lawns, gardens, golf courses and in flea and tick pet treatments.

Developed in the mid-1990s, neonics are now the single-most popular insecticide class in the United States.

The way they work is by permanently binding to the nerve cells of insects, overstimulating and destroying them. Exposed insects often exhibit uncontrollable shaking and twitching followed by paralysis before eventually dying.

Even at nonlethal doses, neonics can weaken critical functions, such as an insect’s immune system, navigation, stamina, memory and fertility.

Why are neonicotinoids so bad?

The reason neonics are bad is the same reason they’re used in the first place — to insects, they’re some of the most deadly pesticides ever created.

The problem is that they kill indiscriminately, exterminating not only “pest” insects but also countless butterflies, bees and other wildlife.

In fact, since their introduction, neonics have made U.S. agriculture nearly 50 times more harmful to insect life.

Neonics are considered “systemic” pesticides. This means they can be applied directly to the soil (as a “drench”) around a plant’s roots, or as a coating on a plant seed, which the plant then literally soaks up as it grows.

That makes the plant itself — including its nectar, pollen, leaves, stems and fruit — toxic. What’s worse is that only a small portion of the neonics make it into the target plant, about 2 to 5% for most seed coatings, leaving about 95% in the soil.

Once in the soil, neonics remain active for years, and rain or irrigation water can easily carry them long distances to contaminate new soil, plant life and water supplies.

Given neonics’ widespread use, the result has been vast ecosystem contamination, which we notice most often in water.

A 2015 study by the U.S. Geological Survey found neonic pollution in more than half of the streams it sampled nationwide.

Neonics also harm much of the wildlife they touch. Studies in just the last few years have linked neonics to losses of birds, the collapse of fisheries, and birth defects in white-tailed deer, to name a few.

Despite the threat to our environment, nothing has slowed the widespread application of these insecticides. Neonics are most often used “prophylactically,” which is another way of saying whether they’re needed or not.

So the vast majority of neonic applications — covering hundreds of millions of acres — are treating pest problems that don’t exist.

When they do, neonics can actually make those pest problems worse for farmers by killing off beneficial bugs and soil microbes that improve crop health, resiliency and output.

What do neonicotinoids do to bee populations?

Hundreds of studies, several comprehensive academic assessments, extensive Cornell University research, and even a major pesticide industry–funded field study all point to neonics as a leading cause of massive bee and pollinator die-offs around the globe.

How massive? Well, beekeepers lost more than 45% of their honeybee colonies between April 2020 and 2021, the second-highest loss on record.

And honeybees are likely the “canaries in the coal mine” for the 4,000-plus species of native bees nationwide — like the rusty-patched bumblebee.

In 2017, it became the first bee in the continental United States to make the endangered species list.

This should matter to everyone because wild bees are essential to sustaining the global food supply as well as the health of entire ecosystems.

What effect do neonicotinoids have on human health?

According to the Centers for Disease Control and Prevention, about half the U.S. population is exposed to at least one type of neonicotinoid on a regular basis, with children ages three to five having the greatest exposures.

Other research links neonics to a host of neurological harms like muscle tremors as well as health effects, including lower testosterone levels, altered insulin regulation and changes to fat metabolism.

Peer-reviewed research has even linked exposure to neonics while in the womb to birth defects, such as deformations of the heart and brain.

These pesticides also contaminate our food. Neonic residues are found in 86% of U.S. honey, and they show up in popular produce like apples, cherries and strawberries. And because neonics are actually in the fruit and vegetables themselves, they can’t be rinsed or peeled off.

Does all this neonic use make sense?

For the most part, the use of neonics is all for nothing.

While up to 100% of conventional corn seeds and 50 to 75% of conventional soybean seeds are pretreated with a neonic before planting, study after study shows that these treatments provide almost no economic benefits for growers.

Or worse, they reduce crop yields and damage soil health.

Meanwhile, additional research finds that top fruit crops — including apples, blueberries, and cherries — are now “pollinator-limited” nationwide; the gist being that farmers are producing fewer of these crops because of a loss of pollinators.

Even where pests are a problem, effective and less harmful substitutes, like regenerative growing practices or minimum-risk pesticides, are available.

In 2020, the Trump administration’s U.S. Environmental Protection Agency (EPA) issued proposed determinations that would essentially continue to permit this sort of widespread neonic use across the country.

And while the agency is under new management now, the EPA’s notoriously industry-friendly pesticide office is expected to finalize those proposed decisions this fall with few, if any, meaningful changes.

That has left this work to the states, where we’ve seen increasing action over the last several years, with New Jersey enacting the strongest and smartest restrictions in the country.

That’s great, but only an outright ban by the EPA will protect our pollinators, ecosystems, and health from these dangerous and unnecessary pesticides. 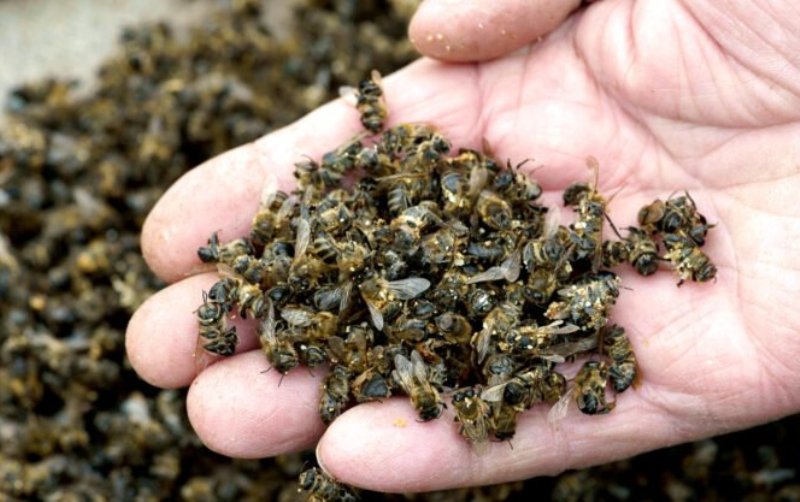 PrevPreviousNeal Stephenson Coined ‘Metaverse’ in 1992. Now He’s Building One
NextThe Sequel To The Fall Of The Cabal – Part 9Next