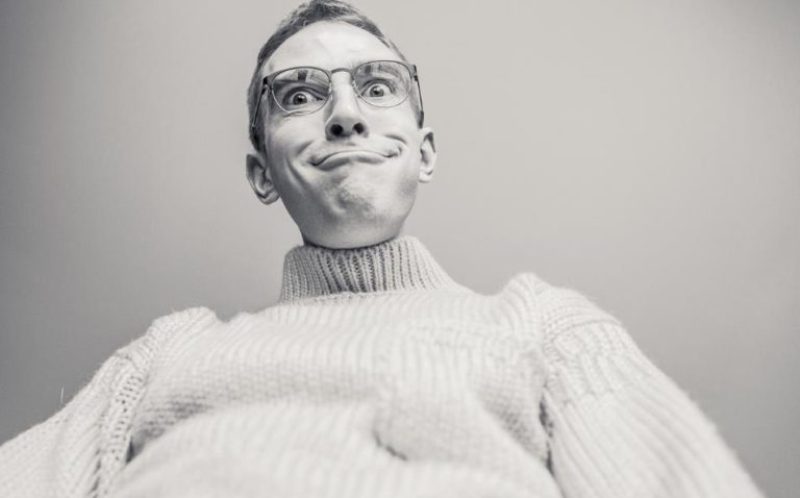 I hope that I am wrong about our immediate economic future, and I hope that all of the other respected voices that are warning of economic doom in 2023 are wrong too.  It would be wonderful if things turn in a positive direction at some point during the next 12 months and 2023 turns out to be a year of peace and prosperity for the entire world.  Of course virtually nobody is expecting the year to start well.  As I discussed yesterday, there is a growing consensus among the “experts” that the months ahead will be quite rough.  But even though it has become exceedingly obvious that short-term economic conditions will not be good, some optimists are still trying to put a positive spin on things.  For example, Moody’s Analytics chief economist Mark Zandi is trying to convince us that we will only have to endure a “slowcession” before things finally turn around…

Many CEOs, investors and consumers are worried about a recession in 2023. But Moody’s Analytics says the more likely scenario is a “slowcession,” where growth grinds to a near halt but a full economic downturn is narrowly avoided.

“Under almost any scenario, the economy is set to have a difficult 2023,” Moody’s Analytics chief economist Mark Zandi wrote in a report on Tuesday. “But inflation is quickly moderating, and the economy’s fundamentals are sound. With a bit of luck and some reasonably deft policymaking by the Fed, the economy should avoid an outright downturn.”

Let’s hope that he is right on target.

And if he does turn out to be correct, let’s hold a big celebration next December celebrating what a wonderful year 2023 was.

I would be up for that.

But I don’t think that is the way that things will play out.

Even now, all of the “mega-bubbles” are starting to burst all around us and the chaos that we have witnessed in the financial markets is unlike anything that we have seen since 2008.

The “bubble economy” that we had been enjoying for such a long time was dependent on a very rapidly growing money supply, but thanks to the Fed the money fountains have now been turned off.

In fact, the growth of M2 has just turned negative “for the first time in 28 years”…

Money supply growth fell again in November, and this time it turned negative for the first time in 28 years. November’s drop continues a steep downward trend from the unprecedented highs experienced during much of the past two years. During the thirteen months between April 2020 and April 2021, money supply growth in the United States often climbed above 35 percent year over year, well above even the “high” levels experienced from 2009 to 2013.

At some point, economic conditions will force the Fed to reverse course.

But for now Fed officials remain deeply afraid of inflation, and so we will remain on the current path.

What this means is that the early portions of 2023 are likely to look a lot like late 2008 and early 2009.  We have already started to see a very alarming wave of layoffs, and this has particularly been true in the tech industry…

Tech-driven companies are embarking on a layoff spree the likes of which not seen since the pandemic, a new report has revealed – laying off more than 150,000 workers within the course of a year.

The concerning numbers were laid bare in a recently released analysis from Layoffs.fyi, which tracks firings in real time through information gleaned in media and company releases.

Through these means, the firm found that the technology sector – which had been largely spared in 2020 amid the mass wave of firings when Covid-19 first surfaced – are now among those with the largest numbers of job cuts, with rates increasingly rapidly over the past few months.

Sadly, it is likely that there will be even more tech layoffs in the months ahead.

In fact, one expert is ominously warning that we will see “a continued cutting of heads in Big Tech because they’re getting ready for the Category 5 storm” that is rapidly approaching…

Wedbush Securities managing director Dan Ives shared a similar sentiment about the 2023 economy on “Mornings with Maria” Tuesday, cautioning that Big Tech companies still need to “rip the Band-Aid off” in terms of layoffs as a “Category 5 storm” threatens the macroeconomic landscape.

“Look, a lot of Big Tech, they were spending money like 1980s rockstars. And I think that really shows,” Ives explained. “Sometimes they were increasing 15, 20% per year. I still think it’s a ‘rip the Band-Aid off,’ still some more headcount cuts. We think potentially another 8 to 10% headcount cuts in Big Tech. You look at what happened with Meta, and that’s a good example. Once Zuckerberg finally read the room, cut in terms of what he needed to, stock ultimately lifted. I think, be that as a catalyst, I think you will see a continued cutting of heads in Big Tech because they’re getting ready for the Category 5 storm in terms of what we’re seeing with the macro.”

But once again, let’s hope that the irrational optimists will be correct and that such a storm can be avoided somehow.

Ultimately, many of the irrational optimists are entirely convinced that there is nothing fundamentally wrong with our system and that just a few minor adjustments are all that is needed to get us back on the road to endless prosperity.

On the other hand, there are people like me that are entirely convinced that our system is fundamentally unsound and that it is inevitable that the entire Ponzi scheme will eventually come crashing down all around us.

Normally, most Americans tend to be quite optimistic about the coming year, but this year is different.

According to a Gallup survey that was just released, approximately 80 percent of U.S. adults believe that “2023 will be a year of economic difficulty”…

When offered opposing outcomes on each issue, about eight in 10 U.S. adults think 2023 will be a year of economic difficulty with higher rather than lower taxes and a growing rather than shrinking budget deficit. More than six in 10 think prices will rise at a high rate and the stock market will fall in the year ahead, both of which happened in 2022. In addition, just over half of Americans predict that unemployment will increase in 2023, an economic problem the U.S. was spared in 2022.

Maybe our leaders will be able to find a way to reinflate all of the old bubbles one more time.

We better hope that they have one final miracle up their sleeves, because the alternative will not be pleasant at all.

PrevPrevious“Experts” Claim Climate Change is Responsible for the Rise in Cancer
Next“Pedophiles Will Save the World”, Says the World Economic ForumNext