Ian Miles Cheong is a political and cultural commentator.
His work has been featured on The Rebel, Penthouse, Human
Events, and The Post Millennial.

Elon Musk was successful in his bid to take over Twitter. The world’s richest man struck a deal with the company’s board of directors to acquire the platform in its entirety for a cool $44 billion.

Musk first expressed his intent to bring about change to the social media platform after asking his audience what they felt about Twitter’s adherence to free speech principles. With the ongoing censorship of conservative viewpoints, and amid calls from the Biden administration to crack down on so-called ‘Russian disinformation’, the consensus was that Twitter had strayed from its original mission.

Once dubbing itself the “free speech wing of the free speech party,” Twitter had become no better than Facebook, YouTube, Reddit, and any number of other platforms when it came to protecting political speech.

But Twitter still had a leg up – journalists, politicians, and influencers of every stripe use the platform as their primary means of spreading their ideas and having conversations about current events. As the de facto marketplace of opinions, Twitter was, and remains, the most influential space for political discourse.

Like his vision for commercial space flight, internet satellites, and electric vehicles, Musk didn’t just see Twitter for what it was – but for what it could be.

“Free speech is the bedrock of a functioning democracy, and Twitter is the digital town square where matters vital to the future of humanity are debated,” Musk said in a statement announcing the acquisition.

“I also want to make Twitter better than ever by enhancing the product with new features, making the algorithms open source to increase trust, defeating the spam bots, and authenticating all humans,” he said, referring to some of the suggestions he’d crowdsourced from his massive following of 85 million.

“Twitter has tremendous potential – I look forward to working with the company and the community of users to unlock it,” he concluded.

Elon Musk’s buyout of Twitter is only the first chapter in his efforts to overhaul the platform – to make it live up to his ideal of a ‘digital town square’.

Contrary to the screeching and flailing of Musk’s illiberal critics, free speech doesn’t mean removing moderation in its entirety and turning the platform into an anarchic free-for-all. What it means is that if someone is banned, they’ll know why they were – and, ideally, the moderation policies will not be ideologically or personally motivated.

Musk summed it up: “I hope that even my worst critics remain on Twitter, because that is what free speech means.” Despite their collective meltdown over the development, Twitter’s progressives can rest easy. They won’t be banned for criticizing Twitter’s new owner.

So, what’s next? For starters, Musk must expose the algorithms that have long afflicted the platform – and if necessary, change or remove them in their entirety. If users are banned, they need to know why they were banned, and how they broke the rules.

Think of content suggestions and content limiting as the twin evils of content-driven algorithms – the beating heart of every social media platform.

Algorithms radicalize. The left goes harder left, and the right goes harder right as each side becomes insulated from the masses due to algorithmically-driven content suggestions. Exposing the algorithms will undoubtedly result in users being surprised to find out how much manipulation took place, and to what extent it has affected sociopolitical discourse.

Shadow banning – a measure that limits the visibility of certain users without their knowledge – must be done away with in its entirety. There is too much risk of abuse in having some shadowy hand artificially restrict the reach of certain opinions while boosting other, ‘acceptable’ viewpoints. How many conservative influencers have been systematically silenced and de-platformed without their knowledge? Only time, and transparency, will tell.

His next move should be to reinstate accounts previously banned for wrongthink – the Babylon Bee, for satirizing transgender Admiral Rachel Levine; James O’Keefe, for the high crime of committing journalism; Steve Bannon, for his political viewpoints and for basically being Steve Bannon; Alex Jones, for his “abusive behavior” when he made fun of a CNN contributor in real life; and Meghan Murphy, who ‘misgendered’ Canadian trans activist and mischief maker Jessica Yaniv.

If Twitter has dossiers – or logs – on its most problematic, high-profile users, Musk must release them. It would go a long way towards facilitating healing and trust.

As a digital town square, users should feel free to hold discussions on any and all issues, no matter how sensitive – transgenderism, the pandemic, the conflict in Ukraine, climate change, elections, and so on. May truth emerge victorious over narrative.

And everyone should be allowed to criticize anyone without fear of retribution by the system – not just those on the establishment’s list of designated targets. No one should be banned for calling a man a man, or for correctly defining the term ‘woman’.

Facts don’t care about your feelings, and Twitter has no business legislating opinions – or facts, for that matter.

As a free speech platform, Twitter must remain neutral to political agendas. Even if there exist ‘right’ and ‘wrong’ sides, people must be free to decide for themselves what to believe, which cause to support or oppose, without being coerced into adopting a viewpoint by hidden algorithms and content moderators with an ideological bent.

Musk will undoubtedly face challenges from within Twitter in his move to make those algorithms open source, revealing their inner workings to every prying eye and programmer on the internet.

Twitter’s board members and investors are going to be the least of his problems. The grunts – the everyday content moderators, coders, and the decision makers in middle management – were the ones who created the algorithms and enacted the bans. The company’s internal culture fostered their actions. Musk must clean house.

Thankfully, with full control of the company, he can do just that. Elon Musk won’t have to drain the swamp. He simply needs to break the dam and allow the waters to flow freely. And when in doubt, he can fire any rogue employee who refuses to get with the program. 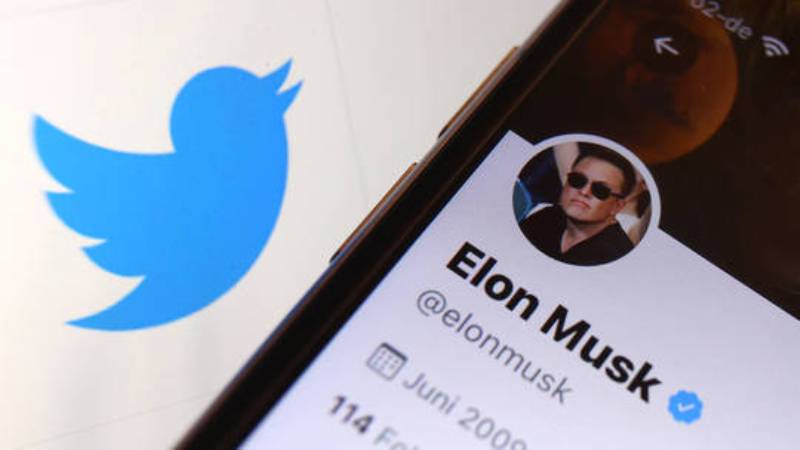