By Molly Schuetz and Giles Turner

Elon Musk may acquire additional shares in Twitter now that he is no longer accepting a position on the social media company’s board, according to a securities filing on Monday.

The abrupt reversal over the board seat over the weekend ignited renewed speculation about Musk’s intentions for Twitter since the Tesla chief executive officer first disclosed he had taken a stake of just over 9 per cent — becoming the company’s largest individual shareholder. By not joining the board, Musk is no longer subject to an agreement to keep his stake below 14.9 per cent. Twitter shares were up 1.7 per cent in late Monday trade on Wall Street.

According to a filing with the Securities and Exchange Commission, Musk has no “present plans or intentions” to acquire additional shares, but “reserves the right to change his plans at any time” after evaluating various factors including the stock price and the “relative attractiveness of alternative business and investment opportunities.”

Any significant changes in Musk’s investment — equal to 1 per cent or more — would have to be disclosed to regulators. If Musk wishes to make a full takeover offer, he can make a hostile bid for the company, and take his offer directly to shareholders. Twitter’s rising share price since Musk first revealed his position in early April makes any further stake-building increasingly expensive.

However, Musk can afford it. He’s currently worth about $US260 billion ($350 billion) according to the Bloomberg Billionaire’s Index, compared with Twitter’s market valuation of about $US37 billion.

The SEC notice also said that Musk could engage in discussions with the board about potential business combinations and strategic alternatives. And, in a twist that may be germane to one of Twitter’s most prolific users, the filing noted that Musk can express his views to the board “or the public through social media or other channels.”

Musk has gone from “helping move Twitter strategically forward to likely a ‘Game of Thrones’ battle between Musk and Twitter,” said Dan Ives, an analyst at Wedbush Securities, “with the high likelihood that Elon takes a more hostile stance towards Twitter and further builds his active stake in the company.”

The sudden about-face came despite Musk having held “many discussions” with Twitter’s directors. But the entrepreneur ultimately declined their offer of a board seat, chief executive officer Parag Agrawal tweeted on Sunday.

“I believe this is for the best,” Agrawal said in an internal memo shared late Sunday. “There will be distractions ahead, but our goals and priorities remain unchanged.”

News that Musk would be joining the board was greeted enthusiastically by investors, who sent the shares soaring about 30 per cent over two days last week. But some employees were concerned about the damage Musk could inflict to the company’s culture, according to the Washington Post. There was also wide speculation that Musk would push to have former President Donald Trump reinstated on the platform.

Twitter shares have jumped since Musk accumulated a stake

By staying off the board, Musk avoids the potential conflict of interest that can arise when a board member has a number of financial interests that may influence how they vote.

The billionaire executive has been vocal about changes he’d consider at the social media platform. Musk wasted no time in appealing to users about prospective moves from turning Twitter’s San Francisco headquarters into a homeless shelter and adding an edit button for tweets, to granting automatic verification marks to premium users. One tweet suggested Twitter might be dying, given the fact that several celebrities with high numbers of followers rarely tweet.

Musk could face scrutiny from US regulators by disclosing his massive stake days later than regulations allow, and because he revealed it in a filing typically reserved for passive investments. Ascending to Twitter’s board so swiftly after the disclosure could have complicated that process.

Musk is already seeking to exit a 2018 deal with the SEC that put controls in place related to his previous tweeting about Tesla. 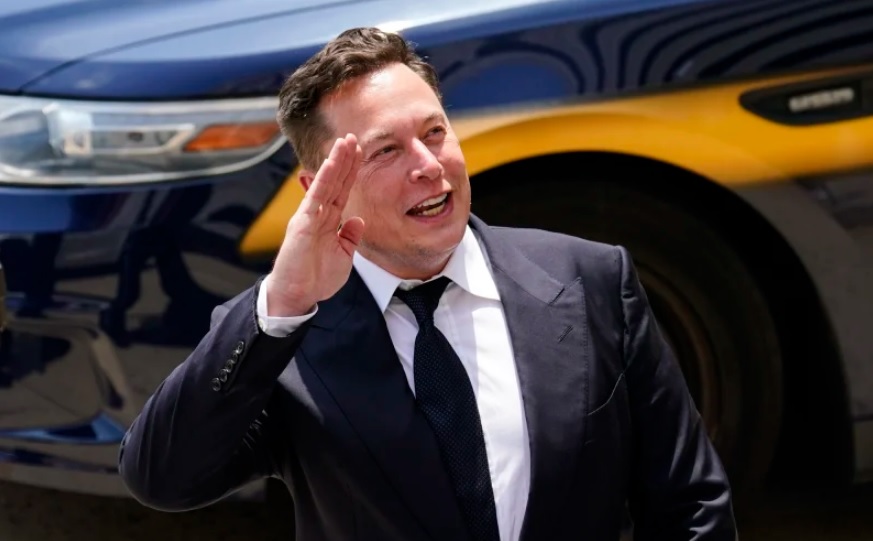 TruthTweet, a Twitter alternative, is a platform that’s free from Globalists control, and not censored like big tech is and it will not support the Great Reset Agenda.

As mainstream media dies, Truth Group https://truth-group.com/ and its platforms rise. Alternate independent media and alternate social media is booming. Every billion in market cap they lose is for the Truth Group to gain.

Truthcoin is the currency behind Truth Group new apps and it will be listed on selected crypto exchanges in late May 2022 to enable supporters to help fund this critical and much-needed alternate social media platform.

Truth Coin is a large supporter of independent media and “Take back Our World” objectives and it launches its Pre ICO ahead of Early June listing.

Smaller donors can donate $250 or $500 but only qualify to get the coin at $0.15 cents not $0.02 cents. For details on how to access this opportunity, click: https://www.truthcoin.social/truthcoins-ico

PrevPreviousTruthTube Soft Launches as a Censor Free Alternative to YouTube and Partners With Independent Global Media, Including the Australian National Review
NextNow – Elon Musk Says Free Speech Is When “Someone You Don’t Like Is Allowed To Say Something You Don’t Like.”Next