Billions of lucrative Covid jabs have pierced arms around the world – but why was there a global mass population ‘vaccine’ response, against a disease it was known from the beginning wasn’t a serious threat to most people?

For the attention of:
People influential on public health/vaccination policy via the scientific and medical establishment (and other interested parties)

Peter Openshaw and Arne Akbar, in June 2020 it was reported a House of Lords committee considering the science of COVID-19 was told “children may have to be immunised to protect their grandparents”, see this article by Sarah Boseley, then Health editor with The Guardian: Covid-19 vaccine may not work for at risk older people, say scientists.

Really?! Did this plan go before an ethics committee? I’d be very interested to read the outcome of careful ethical deliberation on this matter, which amounts to gross over-vaccination of children, against a disease which is of little or no threat to them.

Sarah Boseley’s article notes Covid-19 ‘vaccines’ “may not work well in older people who are most at risk of becoming seriously ill and dying from the disease”.

So why was a vaccine solution ever proposed if it was unlikely to be successful in the vulnerable group?

The Lords committee meeting transcript records Arne Akbar saying: “I hate to keep bringing up flies in the ointment. To have a good vaccine is very important, but vaccines do not work very well in older people. This has been shown with many other vaccines in the past-” Arne Akbar says: “The vaccine alone will help the younger people, which will be good, because if the younger people are not infected they will not spread it to
the older people. But it will not directly help the older group very much, and they are the people with the most severe disease right now.”

But would a vaccine “help the younger people”? It was already known that younger people were not at risk of Covid-19, is it ethical to interfere with their natural immune response? See for example my BMJ rapid response published in March 2020: Is it ethical to impede access to natural immunity? The case of SARS-CoV2, which cites this alarming statement from Heidi Larson, Director of The Vaccine Confidence Project: “We’ve shifted the human population…to dependency on vaccine-induced immunity…We’re in a very fragile state now. We’ve developed a world that is dependent on vaccinations.”

Peter Openshaw, in the Lords committee meeting you said: “Sometimes it is possible to protect a vulnerable group by targeting another group. This is being done with influenza, for example. Over the past few years, the UK has been at the forefront of rolling out the live attenuated vaccine for children, because children amplify the distribution of the virus in the community. It is possible to see that grandparents are being protected by the vaccination of children that are in school using this very benign, nasally delivered vaccine that causes good protection in the nose and respiratory tract. Even though children themselves do not always suffer from severe flu, that is a very simple non-injectable form of vaccine that causes wider protection in the community. So you can get indirect protection using that type of community-based approach to limit the spread.”

It’s astonishing that children are being regularly administered nasal sprays against flu to purportedly protect their grandparents!

And now children are being injected with Covid-19 ‘leaky vaccines’, again purportedly for the benefit of the elderly.

How can this medical interference with entire populations of children, who themselves are not at serious risk with Covid-19 or flu, be ethically justifiable?

I raised this matter in my BMJ rapid response, published in August 2020, see: Is it ethical to vaccinate children to protect the elderly?

This is very important to consider now, as children are being injected with the Covid-19 ‘leaky vaccines’, that don’t prevent infection nor transmission – we have no idea of the long-term cumulative consequences of
these medical interventions they did not need! This is a global experiment in progress, which contravenes ethical principles of the Helsinki Declaration.

Peter Openshaw, you’ve recently been copied on my email to Peter Doherty on this matter, see: Peter Doherty – why did you call for children to be jabbed with defective COVID-19 ‘leaky vaccines’? 29 August 2022.

Again, Peter Openshaw and Arne Akbar, were these plans to inject the young to purportedly protect the old ever put before an ethics committee? Are the deliberations on this important ethical matter openly accessible?

Children are now being hooked onto Covid-19 ‘leaky vaccines’ that do not prevent infection nor transmission, against a disease it was known from the beginning wasn’t a serious threat to most people.

Is it ethical to deny children, young people and others their opportunity for a natural immune response, to plan to make them dependent on ‘vaccine-induced immunity’ – to in effect capture them for the vaccine
industry?

The Covid jabs are now being pressed upon the community every few months – who gave their voluntary informed consent for repeated jabs at the beginning of the Covid jab rollout? And what is this going to mean
for children – is the plan to jab them every few months, to keep them ‘up to date’, against a disease that was of little or no threat to them?

This is an insane situation that should never have happened because it was known from the beginning these injections weren’t going to work for the elderly, and weren’t needed for the young and other interim
generations. As for the suggestion “sometimes it is possible to protect a vulnerable group by targeting another group” – this has to be tracked back now, what was the ethical approval process that allowed this
disaster to happen?

Peter Openshaw and Arne Akbar, I request your early response on this matter of international importance. 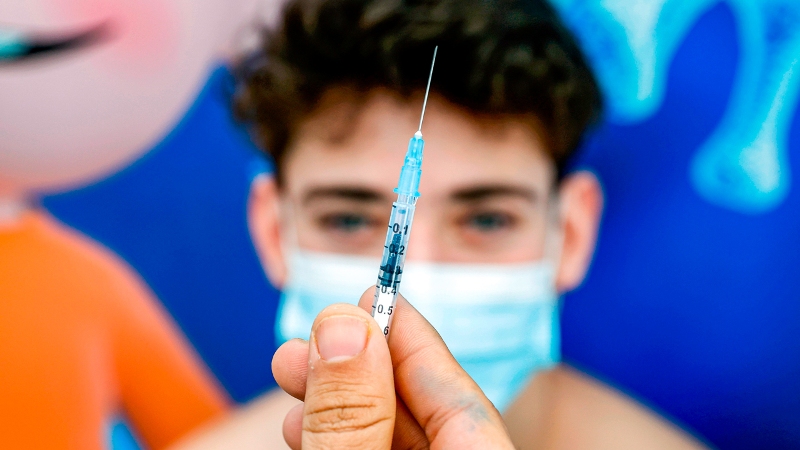