Mathematician and statistician Pavlos Kolias of the Aristotle University of Thessaloniki in Greece has checked EU data on Corona for anomalies. He did so on the basis of Benford’s laws, which expose anomalies in the distribution of the figures.

Kolias noted that the number of “infections” and deaths has been largely misrepresented throughout the EU.

Deviations from Benford’s distribution are a preliminary step for obtaining evidence for data manipulation. Interestingly, Kolias’ study did not receive any funding.

Dutch health sciences professor Sam Brokken spoke of a “statistical bomb”. Notably Belgium, the Netherlands and France scored poorly with a significant and highly significant probability value in terms of “infections” and a very high probability of deviation in the number of registered deaths.

Especially in countries with high vaccination coverage, the deviations were greater. “In short, yet more proof that the figures that reach us every day are not correct,” concluded Brokken. Overall, Denmark, Greece and Ireland showed the greatest deviation from a normal distribution.

Brokken was fired earlier this year by the PXL University of Applied Sciences in Hasselt because as a scientist he questioned the government’s Corona approach. “I was simply informed over the phone that I must stop my activities with immediate effect,” he said.

Not only has he been fired, but he is also being censored by social media companies such as LinkedIn. “It is impossible for me to share any analysis with you. Even a simple link to my website is blocked,” he said.

“What I say is what tens of thousands of virologists and experts worldwide say.” The researcher was nevertheless fired after a televised debate with vaccinologist Pierre Van Damme on 14 February on the Belgian talkshow De Zevende Dag.

“I have been dismissed as an antivaxxer by many journalists, but I am not at all,” Brokken said. “During the debate on De Zevende Dag, I spoke for exactly 1 minute and 49 seconds. I said that I had ethical reflections when administering a vaccine when you know that the general population only shows mild symptoms when they become infected with the virus. We are now at a mortality rate of 0,05 percent for people under the age of 70. Is it then justifiable that we are going to vaccinate an entire population? There is actually no need for that. The same goes for a flu vaccine. That too is only useful for people with a condition or the elderly.”

Sam Brokken pointed out that many experts had agreed with his view. “A month after that televised broadcast, an open letter was published and was signed by 41 000 virologists, immunologists and other experts proposing exactly what I said. Among the signatories are world authorities and professors from the largest universities. Even former Nobel laureate Michael Levitt is included. Why not consider an alternative approach?”

The Dutch Institute for Public Health and the Environment (RIVM) warned in the House of Representatives barely two weeks ago that the Omicron variant could potentially lead to 600 hospital admissions and more than 100 intensive care admissions per day, twice the level at which the last wave peaked. “It’s not all reassuring,” said RIVM boss Jaap van Dissel. He based his prediction on the number of hospital admissions expected in Britain.

As a result of these predictions, the government decided to institute a hard lockdown. Nobel laureate Michael Levitt expressed his astonishment, saying that the Netherlands has set the record for worst approach to Corona ever.

Levitt noted on December 19 that “the Netherlands peaked 18 days ago, as predicted”.

“The RIVM’s fear models again prove worthless and the government’s policy is completely disproportionate and very harmful. Can the cabinet at least admit its blunder and lift the panic lockdown immediately?” noted Member of Parliament Wybren van Haga.

On December 28, summary proceedings against lockdowns will take place. Lawyer Bart Maes has demanded the immediate lifting of the lockdown that is currently in force. “The judge is required to give a ruling immediately because of the urgent interest. After all, every day that this lockdown lasts longer, the material and immaterial damage increases,” said the lawyer.

“The fear surrounding Omicron is therefore purely based on models from the RIVM and, as with the Delta variant, they are miles away from reality, as is already apparent from information from countries such as South Africa.”

The lawyer further highlighted that as a result of the lockdown, many more life years have been lost than life years are gained. Professor Ira Helsloot and economist Barbara Baarsma have also calculated that the corona policy has extended the lifespan of Corona patients by an average of two weeks. However, all other people sacrificed an average of five weeks of their lifespan for this. The cost of this policy was 100 billion euros, according to them.

A report has also emerged that was drawn up by the Ministry of Economic Affairs and Climate, which showed that an additional 520 000 life years would be destroyed if a lockdown was imposed. The government ignored the report. 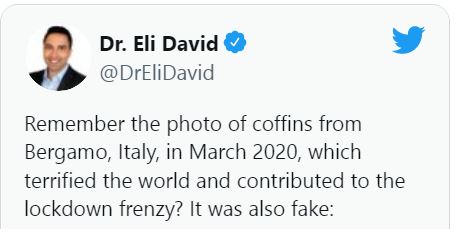 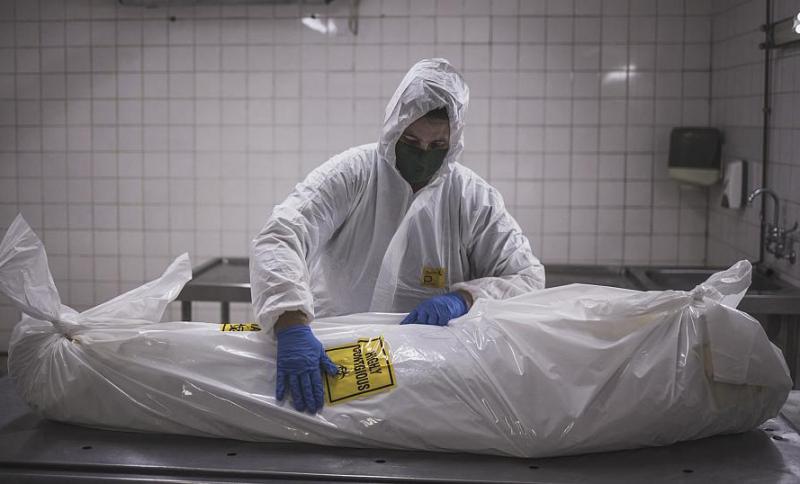 PrevPreviousFirst Mover Asia: Bitcoin Trades Near $47K Amid Low Volumes During Year-End Holidays
Next21 Predictions for Crypto and Beyond in 2022Next