Covid whistleblowers who speak out against the coordinated response by world governments to impose restrictions are ‘waking up dead’ or being locked away in psychiatric wards.

The most recent example is Italian researcher Domenico Biscardi, known for his criticism of the government’s Covid policies and investigation into the jabs. He dropped dead suddenly last week from an alleged heart attack. However, many people, including an Italian Senator, have warned that he is just the latest of a growing list of whistleblowers being intentionally silenced by authorities for daring to speak out.

An ethical media would be highlighting these mysterious deaths on the front-pages, pulling out all the stops to investigate just what was going on. But we live in a very different world now.

Below is an article from the Rair Foundation that documents all of the Covid whistleblowers who have either died or been institutionalized for speaking up:

In the days leading up to Biscardi’s death, he was visited by the Italian Carabinieri Command for Health Protection (NAS). Italian newspaper Il Giornale d’Italia reports that Police were investigating Biscardi because of research he was conducting into the effectiveness of the “vaccines.”

The researcher from Campania was very critical of both the mRNA shots and the more traditional Novavax injections. Biscardi had recently slammed Novavax for its supposed harmful contents, which included ‘mercury and aluminum salts.’

Just before Biscardi’s death, he had announced that he would be going to Europe’s highest court, The European Court of Justice, to protect the population’s rights. He declared, “It will be a new Nuremberg. There will be war; war breaks out, pharmaceutical companies will have to pay billions of euros.” 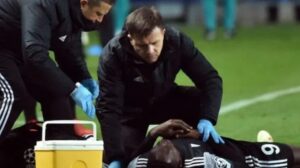 Many people worldwide feel Biscardi is a hero for his brave research into the experimental injections. Recently, the Italian researcher released a video detailing studies on some of the adjuvants in the vaccine, which he says are illegal and unsuitable for human use.

Biscardi’s death, which occurred at a relatively young age, leads to understandable questions from his followers. Why do you drop dead at the age of 53 without any warning – especially when you haven’t opted for the experimental gene therapy vaccinations?

Many have reported that Biscardi was “murdered” because he was about to release shocking information about the injections. Just a few days before his death, Biscardi said he has indisputable proof that there are tiny nano-devices in the Covid “vaccines.”  Biscardi had previously published videos in which he reported on “graphene, nanoparticles, and micro transmitters” in vaccines.

Others claim his sudden death might have been “caused by the excessive stress due to the accusations and questioning he endured during the NAS inspection”.

In a video posted to Facebook, Senator Laura Granato publicly expressed her doubts about his death being from natural causes: “Coincidences? I do not think so.” The Senator was suspended in October from the Senate for ten days for refusing the vaccine stated,

“I am shocked to learn of Doctor Biscardi’s death. So all those who are against these drugs and who are speaking with a modicum of factual knowledge… That means he had said publicly that he had found evidence and was ready to lodge a complaint with the European Court of Justice. (…) They find him dead in the house. Does anyone still believe in these coincidences? Not me”.

At the end of last year, German chemist and engineer Andreas Noack died under mysterious circumstances after making a video about graphene in the corona shot. Like Biscardi, police had raided Noack’s home a few months before his death. The raid occurred at the end of November 2021, during a live stream he was filming. First, Noack’s door was smashed in, after which officers stormed in screaming. An agent with a weapon ordered him to lie on the floor. Then two more officers appeared. One of them ended the live stream.

Noack, who has been regularly critical of the Covid vaccines and lockdowns, published a video about graphene oxide in the vaccine on November 23, 2021. The video, in which the whistleblower explains that graphene oxide forms tiny blades, went viral. His pregnant wife made it on November 27, in which she says that Noack was attacked and killed.

In July 2021, 54-year-old Dr. Giuseppe De Donno, who devised a groundbreaking treatment for Covid patients, was found dead. The doctor’s treatment used the plasma from people who had recovered from Covid to treat patients who had contracted the infection. Unfortunately, the doctor who pioneered hyperimmune plasma allegedly hung himself. Dr. De Donno had developed an essentially free method of creating immunity to Covid using the plasma out of the blood of those who had recovered.

Many claim that powerful globalists and the pharmaceutical industry were hostile to Dr. De Donno because plasma is cheap. They want to continue to render massive profits from Covid, much as they did from AIDS, by selling azidothymidine (AZT) and other patent medicines.

The case is even more intriguing because Dr. De Donno was not against the Covid experimental ‘vaccines”. Instead, he recommended that people get the “vaccine” to protect themselves from Covid but also wanted to focus on treating those who were ill with it.

At the end of last year, prominent vaccination critic 44-year-old Brandy Vaughan, who worked for pharmaceutical giant Merck, was discovered dead in her house by her young son. She saw it as her mission to educate people about the dangers of drugs and vaccines. She said the pharmaceutical industry makes people sick to make money. She also researched vaccines and discovered that they contain dangerous substances that damage the body.

“If I am ever found dead, then there was malicious intent,” Vaughan repeatedly wrote on her social media. In her last post on Instagram, Vaughan warned about the dangers of the flu shot. She posted the message two days before her death.

Well-respected Canadian doctor Mel Bruche was recently locked in a psych ward after exposing the stillbirth explosion in ‘vaccinated’ moms. Reminiscent of the Soviet Union’s treatment of dissidents, the Canadian government targeted the doctor and unlawfully placed him in detention against his will. Furthermore, the doctor was force-medicated with a psychiatric drug known to be dangerous to his age group and forbidden to use his phone.

Dr. Meryl J. Nass, a 25-year Maine doctor, has had her license temporarily suspended and was ordered to submit to a psychological evaluation for the alleged offenses of treating her patients with Hydroxychloroquine and Ivermectin, in addition to sharing so-called “misinformation” about covid and its associated “vaccines.”

It should be noted that Maine is a state with a death with dignity law. Therefore, people sick with Covid can ask to be put to death but not get Ivermectin.

Covid whistleblower John O’ Looney was abused at a UK Hospital and had to be rescued by friends. “I feel very fortunate to have escaped hospital (I never dreamt I would have lived to say that) with the help of family in friends,” stated O’ Looney.

The independent coroner and funeral home director are well known for exposing hospital practices in the UK where nurses are ordered to administer a lethal dose of a medication called midazolam to Covid patients, leading to even more deaths.

O’ Looney had been openly against the vaccine mandates because of the shocking death toll apparently caused by the “vaccines.” Recently, he exposed the pressure being applied to medical officials to falsify death certificates to inflate the number of Covid deaths artificially.

Last January, RAIR warned about the war launched by Globalists against doctors who question the state’s vaccination and Covid narratives. Covid offers a convenient pretext for left-wing leaders to silence critics and consolidate power. Any doctor or researcher who gets in their way and refuses to fall in line will be canceled, some, perhaps even permanently. 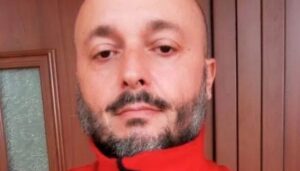