Do you still stand with Ukraine?!
Aborted foetuses from girls and young women are being exported from Ukraine for use in illegal beauty treatments costing thousands of pounds, The Observer can reveal.
The foetuses are cryogenically frozen and sold to clinics offering ‘youth injections’, claiming to rejuvenate skin and cure a raft of diseases.”
(Article from 2005) 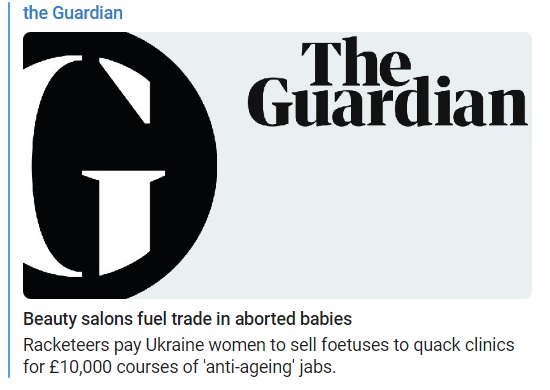 Aborted foetuses from girls and young women are being exported from Ukraine for use in illegal beauty treatments costing thousands of pounds, The Observer can reveal.

The foetuses are cryogenically frozen and sold to clinics offering ‘youth injections’, claiming to rejuvenate skin and cure a raft of diseases.

It is thought that women in the former Soviet republic are being paid £100 a time to persuade them to have abortions and allow their foetuses to be used in treatments. Most of the foetuses are sold in Russia for up to £5,000 each. Some are paid extra to have abortions late in their pregnancy.

Border guards stopped a train entering Russia from Ukraine last week and arrested a ‘mule’ carrying 25 frozen foetuses hidden in two vacuum flasks. The man said he had bought them from a medical research centre.

Ukrainian law allows an aborted human foetus to be passed to research institutes if the woman involved consents and her anonymity is protected. But police say staff at state health institutions are selling them to private clinics offering illegal therapy.

‘It is extremely difficult to detect this because there are corrupt agreements between respected doctors and academics,’ said one senior officer.

Beauty salons in Moscow that buy the aborted material to provide ‘foetal therapy’ are flourishing, despite a Russian ban on all commercial treatments using human cells other than bone marrow. The salons offer injections of stem cells, the undivided cells present in embryos that can adapt into any kind of tissue, although they are still at the trial stage worldwide.

Sergei Shorobogatko, a former Kiev policeman who is investigating the trade, said abortion clinics in the poor eastern regions of Donetsk and Kharkiv are selling foetuses – often untested for viruses such as Aids – without permission.

Abortions performed more than 12 weeks into a pregnancy are restricted in Ukraine. Older foetuses fetch extra because their curative powers are thought to be greater.

‘When a doctor wants a foetus [to sell], he tells a girl there is a medical reason for an abortion later than 12 weeks,’ said Shorobogatko. ‘A special procedure extracts it with the placenta.’

The woman would be paid to wait until a late stage of her pregnancy, or might never even know she was duped, he said. Her aborted foetus would be passed to a middle-man or institution, which would cut it into separate organs before placing these in storage. The material was then sold and taken abroad.

Beauty courses of injections using blends of foetal cells are banned in Ukraine and Russia, but they are widely available in salons that charge up to £10,000. Wealthy clients are told the treatment can stop the ageing process, or eliminate such debilitating conditions as Parkinson’s disease or Alzheimer’s. One fashionable Moscow clinic approached by The Observer promised to ‘take 10 years off your face’.

‘We are talking about a huge, corrupt and dangerous trade in quack therapies,’ said Professor Vladimir Smirnov, director of the city’s Institute of Experimental Cardiology. Outside state institutes, Russian law allows only extraction and storage of human cells, but enforcement is lax.

Earlier this month the Ministry of Health announced that 37 out of 41 clinics offering stem-cell treatments in Moscow were acting illegally. Yet most continue to operate. ‘What is unclear is what people are injected with,’ said Dr Stephen Minger, of King’s College, London. ‘Are they really stem cells or a mixture of tissues?’

Ukrainians, accustomed to tales of illegal privatisations and government corruption, are not surprised. ‘They used to say we were selling Ukraine,’ said one reporter. ‘Now we are selling Ukrainians; moreover, in parts.’ 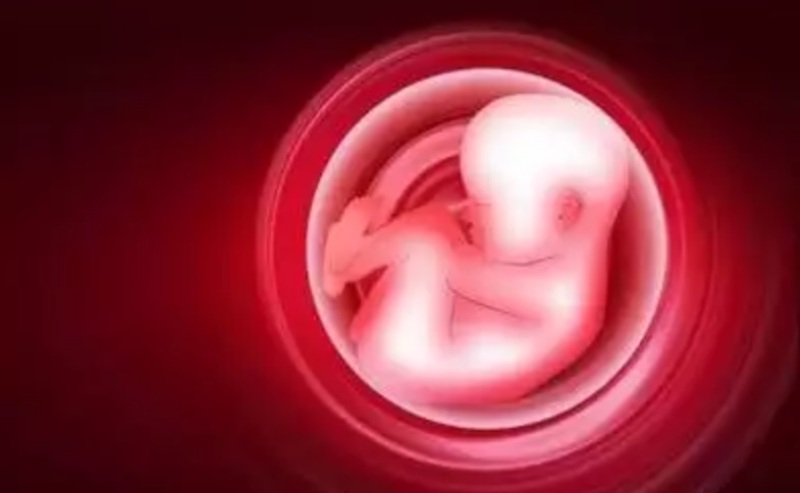