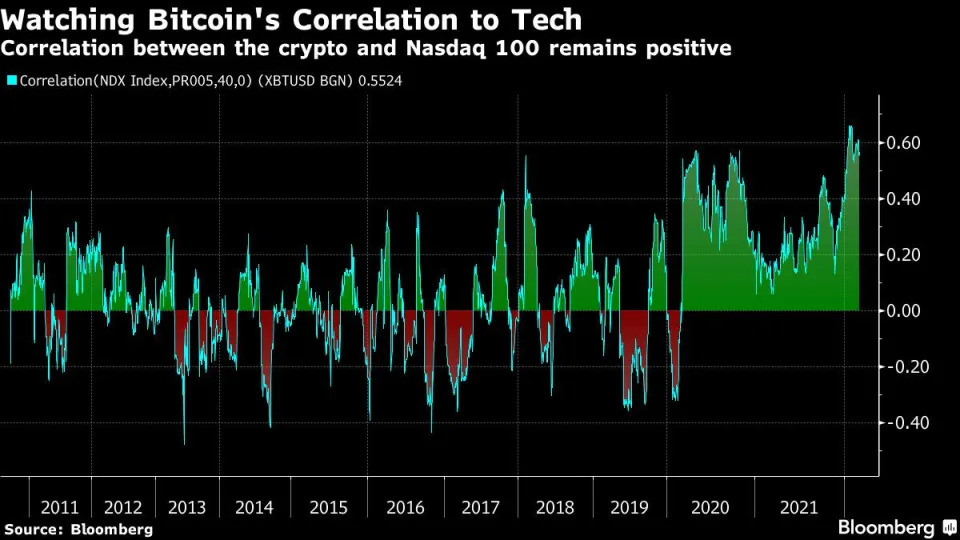 (Bloomberg) — The sustainability of cryptocurrencies as a refuge is already facing a test after the digital alternatives to fiat were championed in the wake of Russia’s attack on Ukraine.

After surging as much as 20% at the start of last week and briefly topping $45,000 on speculation that sanctions and a collapsing ruble would drive Russians into cryptocurrencies such as Bitcoin, the original digital token reverted to acting like just another risk asset by Friday. It was trading at about $38,390 as of 6:56 p.m. New York time on Sunday, close to the lowest since Feb. 28.

Bitcoin was born in the wake of the global financial crisis as an alternative currency outside the traditional monetary system. Since that time, it has been promoted as a means of exchange and a store of value that is detached from governmental control. Those use cases had become secondary as speculation become the primary use case until the war renewed the haven discussion.

“It’s a monetary asset that you can bring with you and not be subject to the banking system,” said Jeremy Schwartz, global chief investment officer at WisdomTree Investments Inc. “A lot of what’s happening in Russia I think helps illustrate for people the value of Bitcoin.”

Schwartz says that while many investors still see crypto as a speculative asset, the actions of the past week “makes you think that there’s a big part of the population that would like to have a place to store their cash and take it with them if they need it.”

The brief rally also renewed the debate around whether cryptocurrencies will be used to skirt the sanctions U.S. and NATO allies put on Russia. Even politicians voiced that concern, with Massachusetts Senator Elizabeth Warren saying crypto is “a shadow world” that Russians and other countries can use to help “sanction-proof” themselves.

FTX CEO Sam Bankman-Fried and Brett Harrison, who is president of the exchange’s American arm, wrote in a blog post that it’s not that easy to use crypto to circumnavigate sanctions.

“The world’s attention on Russia’s aggressive conflict with Ukraine, combined with the new omnipresence of cryptocurrencies, has created the natural question now being asked in all major media: can cryptocurrency be used by sanctioned parties to avoid U.S. sanctions?,” they said. “The short answer is: no.”

The data seems to bear this out too. Ruble-denominated crypto activity was just $34.1 million on March 3, according to Chainalysis. That’s down significantly from a recent peak at $70.7 million on Feb. 24 — and the $158 million record in May 2021.

A more heartening development that emerged had to do with the donations that poured into Ukraine via crypto. Alex Bornyakov, deputy minister of Digital Transformation of Ukraine, said Friday that about $50 million has been raised that way and the nation expects the amount to double in a matter of days. An analysis by Josh Olszewicz at Valkyrie shows the inflows included donations via Bitcoin, Ether, Polkadot, Solana, Dogecoin and others.

While Bitcoin for part of the week decoupled briefly from its usual act of mirroring stocks, some suggested that trend may not last — Michael Novogratz of Galaxy Digital Holdings cautioned against assuming that the digital token is becoming an uncorrelated asset.

David Duong, head of institutional research at Coinbase Global Inc. agrees, saying “it’s tough to sustain the current divergence in performance between crypto and other risk assets in light of the shock to the global financial system more broadly.” Duong partly credits the recent crypto rally to technical factors. “The invasion of Ukraine forced markets to liquidate heavily at the end of last month,” he wrote in a note. “Among other factors, positioning has helped crypto markets retrace, but we think they remain in an unstable equilibrium.

Steve Sosnick, chief strategist at Interactive Brokers LLC, says for a brief while, Bitcoin appeared to be breaking out of its recent tendency to move in the same fashion as technology stocks — but that’s fading. It would have been a solid hedge for someone who held it prior to the ruble’s collapse, “but now it is too valuable and volatile in ruble terms to use it as a means of exchange,” he said.

“Bearing in mind that crypto hasn’t been around long enough to be truly tested in times of crisis, it is important to remember that even gold doesn’t always rally during a financial crisis,” he said. “Also remember that a hedge doesn’t have to rally — it just needs to hold its value. In that sense, Bitcoin has done OK.” 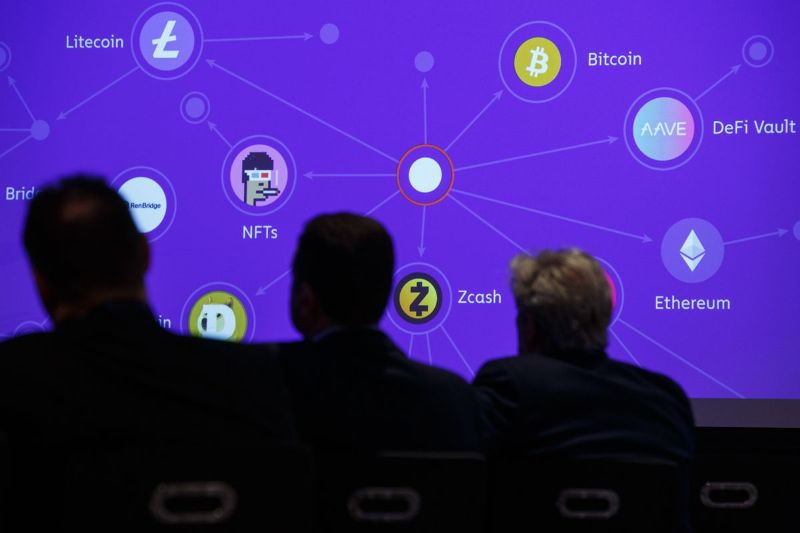