Also, the songs themselves are about NFTs.

Fresh from acquiring a majority stake in Death Row Records, the label that made him a star, Snoop Dogg has released a set of songs on the NFT marketplace OpenSea – a marketing play based around rights and remixes.

The description for these NFTs reads, “Own it. Remix it. Master it.”

That second imperative is the key to the whole conceit. In releasing the song sections (stems) as NFTs, Snoop – or, more likely, some dedicated NFT consultant (perhaps whoever it was that orchestrated the rapper’s NFT influencer cosplay this past autumn) – is inviting purchasers to put out their own remixes for the track.

“You buy it. You own the rights to it all. Buy the Snoop Dogg beat? Make your own track. Reads a post on Snoop’s Twitter account.

The second new Snoop Dogg track, “Feel the Rhythm,” is billed as a collaboration with Mutant Ape #23446 (Mutant Apes are a spin-off of the Bored Ape collection), which appears to be owned by Snoop’s team.

In a collection entitled “Death Row EDM Vol. 1,” you can find one NFT for the instrumental, one for the a cappella, and another for the full track.

Snoop is presenting each of these collections as mixtapes, and has been slowly populating them with NFTs over the past 24 hours.

“Dogg on it: Death Row Mixtape Vol. 1” now includes songs called “My Ape,” and “Wake Up N Workout,” along with several scattered voice memos, all released as NFTs.

The actual songs are sort of bewildering, lyrically. Snoop’s rhymes have always been known for their emphasis on lighthearted jokes and stoner puns, but here the Long Beach, Calif., rapper adds wonky crypto phraseology into the mix.

Over a boilerplate beat (it almost sounds royalty-free), Snoop goes on to name-check OpenSea itself, making several references to Bored Ape NFTs.

Here’s a sampling of the choicest rhymes:

Also, let the record reflect that OpenSea is a terrible platform for listening to music. Trying to skip through these tracks often ends up playing the song again, on top of the one that’s already playing.

But more interesting than the songs themselves are the questions they raise about digital ownership.

Snoop has said he wants Death Row to become a “metaverse label,” releasing NFTs and other crypto projects tied to the music it releases. To some, the move feels like a lazy cash grab. (“Eazy E won,” quipped one commentator, referencing the late rapper’s beef with Death Row in the 1990s).

If Snoop owns his masters, and he’s already paid off what few collaborators he worked with on these two tracks, he’s theoretically in a position to give away 100% of the rights online. (That’s why Royal, a company that sells royalties to songs as NFTs, only works with artists who own their masters. Legally, it’s simpler.) Which is to say, purchasers would be authorized to monetize the remixes they produce.

Of course, an NFT doesn’t grant any legal ownership in and of itself. There’s nothing in OpenSea’s terms of service about conferring the right to remix a song via purchases. You’ll need a real contract for that – something specifying that the controller of wallet ABC will legally own the rights to the music featured in NFT XYZ – and so far, Death Row hasn’t publicly produced one.

What purchasers get depends entirely on that hypothetical contract, said Olta Andoni, an attorney specializing in NFTs. In this case, the document would need to specify that remixes are within bounds. “I would not think it would make sense if it didn’t include monetization rights,” she said.

Right now, the NFTs for these two Snoop Dogg songs represent a promise of legal ownership, rather than the ownership itself. All you’re getting with your purchase are the tokens.

And perhaps the bragging rights. 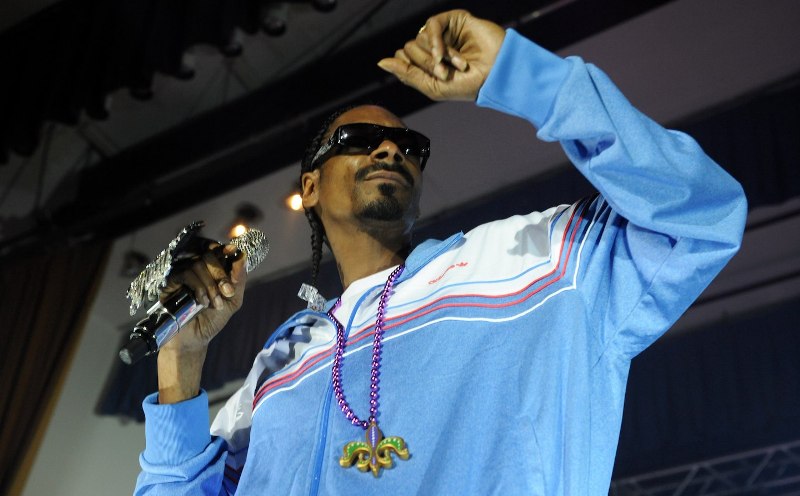 PrevPreviousThe U.S. Strategy Is To Build an Anti-Russian Belt Through the Intermarium (Countries From Poland to Bulgaria), Cutting Russia and Germany Off From Each Other
NextDr. Ben Marble – People Have Been Vaxxinated With Slow Acting Lethal PoisonNext