Shiba Inu (SHIB), the decentralized meme coin built on Ethereum (ETH) as a competitor to Dogecoin (DOGE), thanks to its growing popularity, is now the fifth-ranked token by the number of holders on the entire network.

According to data acquired by Finbold, as of November 24, 2021, SHIB has the fifth-largest number of holders out of a total of 470,782 ERC-20 tokens on the Ethereum network tracked by Etherscan.io. At the time of publication, Shiba Inu had a total of 995,285 holders. Consequently, SHIB is fewer than 5,000 holders away from reaching the 1 million holder mark.

Notably, despite a slight decrease on November 19, which was the first decline since October, the number of Shib holders has continued to increase.

Following its recent meteoric rise to record highs, the meme cryptocurrency Shiba Inu is presently experiencing high volatility, which looks to be influencing the number of people who own the cryptocurrency.

We recently reported that SHIB was 9,000 holders away from reaching 1 million SHIB investors milestone with 991,306 as of November 22.

Notably, the token has fallen below the crucial $0.00004 level and, in turn, dropped further down the rankings is now the 13th ranked cryptocurrency by market capitalization. Currently, the dog meme token is down 5.53% on the day, a further 19.56% in the last week, taking its market cap to $21.8 billion, as per CoinMarketCap statistics.

Furthermore, the currency is now trading at $0.00003989. Uncertainty exists over whether the fervor of the army of retail traders who helped it soar by more than 535% to a record high of $0.00008854 earlier this year has dissipated.

However, even if the price is falling, the number of holders has continued to rise, implying that more individual investors are entering the market to take advantage of another speculative meme bubble.

The fact that the coin is still not featured on prominent trading platforms Robinhood and Kraken might imply that more retail investors predict another rise in the near future. For example, following its listing on Coinbase, the token recorded an inflow of $870 billion within 24 hours. 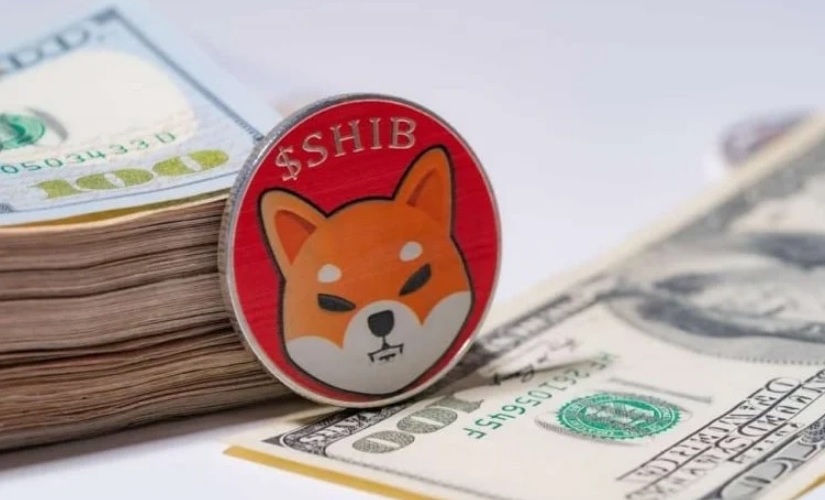