President Joe Biden is expected to sign an executive order on cryptocurrency this week, according to a report by Bloomberg, which was later corroborated by multiple other prominent news outlets. Such an order could mark the White House’s first concrete step toward regulating digital currency.

The executive order is expected to outline what government agencies, including the Treasury Department, need to do to develop policies and regulations on cryptocurrencies, the reports said. It is also expected to call on the State Department to make sure U.S. cryptocurrency laws align with those of U.S. allies, and task the Financial Stability Oversight Council to investigate any illicit financial concerns. Additionally, the order will reportedly touch on the possibility of a new central bank digital currency. We reached out to the White House to try and confirm the reports about an executive order coming this week, and will update this story if we hear back.

Cryptocurrency has emerged as a critical element of Russia’s war against Ukraine. The war has sent 1.2 million Ukrainians fleeing since Feb. 24, and more than 2,000 Ukrainian civilians have been killed, according to the Ukrainian government. The human costs of the war are already steep, with no end in sight.

Those costs have inspired people across the world to help support Ukraine’s defense against Russia, and cryptocurrency has presented a novel way for them to do it. After the Ukrainian government tweeted a request for crypto donations, more than $50 million worth of crypto poured in. The Ukrainian government also announced plans to mint NFTs to fund its military. On the other side of the coin, there are growing concerns about Russia using crypto as a way to avoid sanctions, and the United States Treasury is concerned about Russian cyberattacks on crypto companies. Crypto scammers are also using Russia’s invasion of Ukraine to steal money from people looking to help.

The situation has brought even more volatility to the cryptocurrency market, and experts predict the ups and downs will continue. Cryptocurrency’s wider adoption and its recent alignment with the stock market make it even more linked with the international conflict. Bitcoin is hovering around $40,000 after dropping under $35,000 immediately following the attack, and Ethereum is back below $3,000. Either way, experts advise not to make financial decisions based on news-related panic.

“Your ability to stay disciplined and stay invested is ultimately what will lead to success or failure,” Douglas Boneparth, a certified financial planner and founder of Bone Fide Wealth, told NextAdvisor in recent days. Here are some more examples of how cryptocurrency is factoring into the fast-moving conflict:

Bitcoin is the largest cryptocurrency by market cap, and a good indicator of the crypto market in general, since other coins like Ethereum (and smaller altcoins) tend to follow its trends. Even though Bitcoin recently set another new all-time high, it was a pretty normal uptick for the crypto, which is notorious for its volatility. That’s not to say investors should take swings in either direction lightly, and this is also why investing experts recommend not making any major investment changes based on these normal fluctuations.

Cryptocurrency is still very new, and everything from innovation to regulation can have outsize impact for investors. Here’s how you can invest smartly, regardless of what’s making news or Bitcoin’s price swings.

How Investors Should Deal With Volatility

Cryptocurrency volatility is nothing new, and you should be comfortable with this if you decide to invest.

Volatility can be attributed to an “immature market,” says Ollie Leech, learn editor at Coindesk, a cryptocurrency news outlet. Anything from a celebrity tweet to new federal regulation can send prices spiraling.

“If Elon Musk puts hashtag Bitcoin in his Twitter bio, it sends Bitcoin up 10%,” says Leech.

This unpredictability is part of the reason why investing experts warn against investing huge amounts of your portfolio into a risky asset like crypto. Many recommend keeping your crypto holdings to less than 5% of your total portfolio.

For new investors, day-to-day swings can seem frightening. But if you’ve invested with a buy-and-hold strategy, dips are nothing to panic about, says Humphrey Yang the personal finance expert behind Humphrey Talks. Yang recommends a simple solution: don’t look at your investment.

“Don’t check on it. That’s the best thing you can do. If you let your emotions get too much into it then you might sell at the wrong time, make the wrong decision,” says Yang.

This is the traditional “set it and forget it” advice that many traditional long-term investors follow. If you can’t get on board, and the extreme dips continue to cause you worry, then you might have too much riding on your cryptocurrency investments.

“The most important thing any investor can do, whether they are investing in Bitcoin or stocks, is not just to have a plan in place, but to also have a plan they can stick with,” says Douglas Boneparth, a CFP and the president of Bone Fide Wealth. “While buying the dip might be attractive, especially with an asset that you really like, it might not always be the best idea at the moment.” 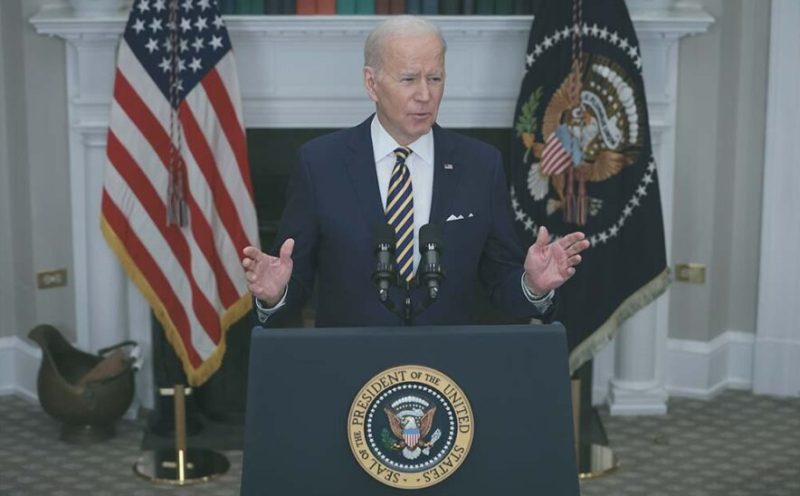 PrevPreviousCredit Suisse Strategist Says We’re Witnessing Birth of a New World Monetary Order
NextWould You Like Some Vaxxine With Your Adverse Reaction?Next