Some traders expect the price bounce to be short-lived amid geopolitical uncertainty.

Bitcoin (BTC) and other cryptocurrencies rose on Friday after Russia agreed to negotiate with Ukrainian officials.

“Vladimir Putin is ready to send to Minsk a Russian delegation,” Kremlin spokesman Dmitry Peskov told reporters on Friday. Still, the situation was unstable, especially after Russian forces intensified attacks on Ukraine’s capital in recent days. The Russian president later made comments suggesting that he was not serious about participating in talks.

Meanwhile, global markets were in a state of flux as investors tried to make sense of geopolitical moves. The S&P 500 stock index rose over 2%, while Russia’s ruble ticked higher, albeit near its weakest level on record.

In crypto markets, bitcoin underperformed most alternative cryptocurrencies (altcoins) on Friday, suggesting a greater appetite for risk among investors. BTC was roughly flat over the past 24 hours, compared with a 5% gain in XRP and a 10% rise in Terra’s LUNA token over the same period.

Some investors expect the rebound in crypto prices to continue because of the spike in volatility. Bitcoin’s one-week implied volatility jumped to an annualized 75% on Thursday, topping the one-, three- and six-month gauges, similar to what occurred after the May 2021 crash. Further, bitcoin’s inverted volatility structure typically precedes price bottoms, according to CoinDesk’s Omkar Godbole. Implied volatility refers to investors’ expectations for price turbulence over a specific period.

Volatility spikes can be short-lived, however, which could delay a significant upswing in BTC’s spot price.

Over the past 24 hours, the ratio of buy volume relative to sell volume was slightly higher, indicating bullish sentiment among traders, according to data compiled by CryptoQuant.

Still, trading volume has trended lower over the past few months.

“Consumer volumes on the exchange remain tepid despite large moves in the crypto space, suggesting reduced risk appetite and light overall positioning in markets,” David Duong, head of institutional research at Coinbase, wrote in a Friday email to clients.

Coinbase reported its fourth-quarter earnings on Thursday, which beat revenue estimates. However, the exchange warned shareholders about high volatility, and stated that trading volumes could decline during the first quarter of this year. 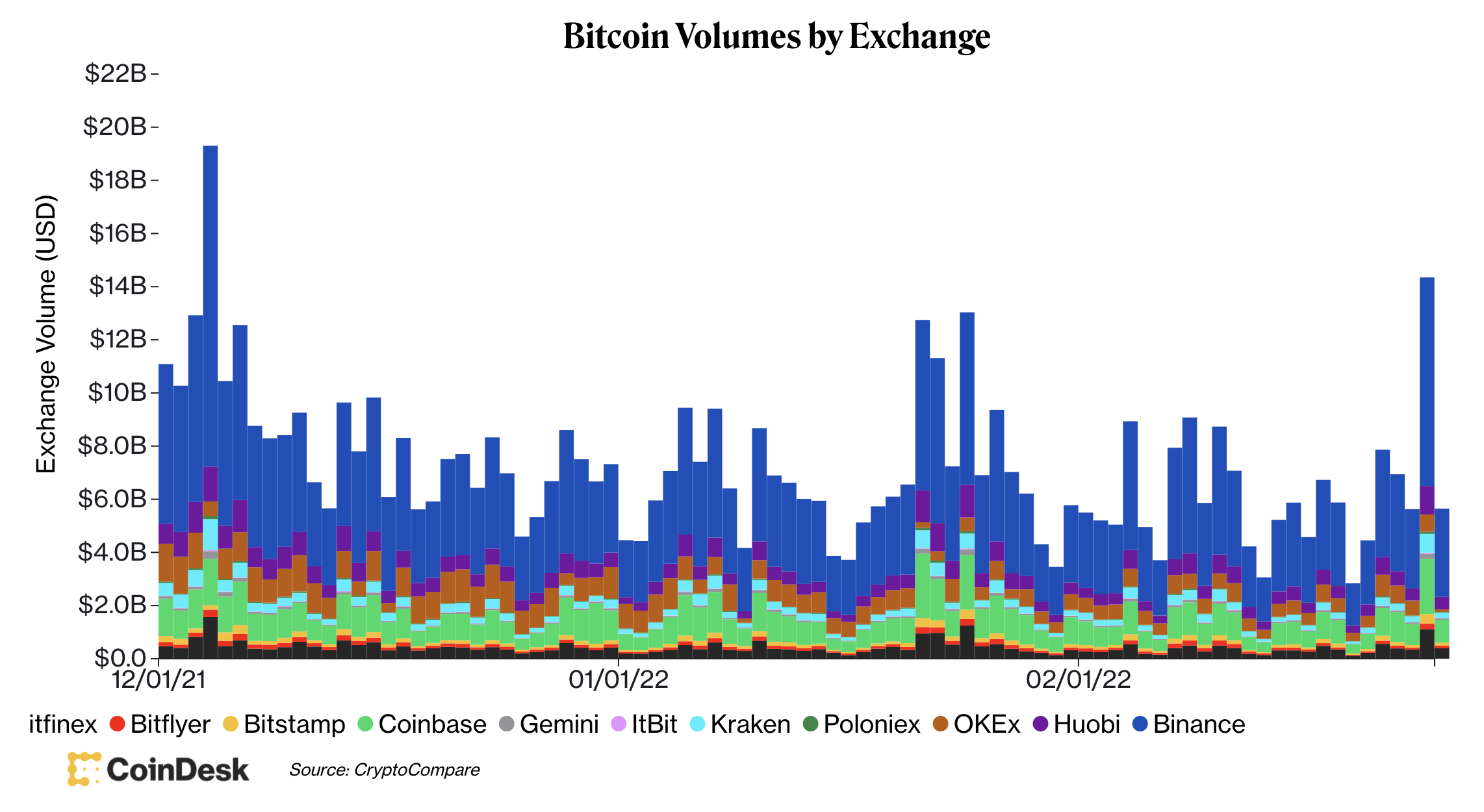 Digital assets in the CoinDesk 20 ended the day higher. 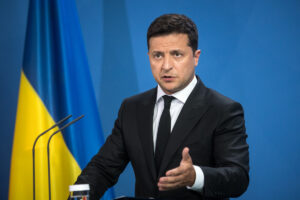 PrevPreviousSituation Update, Feb 25, 2022 – The REAL story on Ukraine, Putin, NATO and the globalist war against humanity
NextCDC Scientists Admit They Did Manipulate Study Data To Show the C0V-19 Vaxxines Are Safe for Pregnant Women As Researchers Discover 91% of Pregnancies Resulted in Miscarriage Following C0V-19 VaxxinationNext