Crypto markets were less volatile on Tuesday as some traders stepped in to buy the dip.

Bitcoin’s (BTC) price stabilized at around $30,000, which is the bottom of a year-long trading range. The cryptocurrency appears to be oversold, similar to what occurred in late January, which preceded a brief relief rally. Still, some analysts are cautious, pointing to risks in the stablecoin market.

On Tuesday, U.S. Treasury Secretary Janet Yellen discussed ongoing distress in stablecoin UST during her testimony before a U.S. Senate panel. Yellen’s comments came just hours after the purportedly dollar-pegged token plummeted to a low of $0.61 over the past 24 hours and at least one platform halted trading it.

“I think that simply illustrates that this is a rapidly growing product, and that there are risks to financial stability, and we need a framework that’s appropriate,” Yellen said.

Most alternative cryptos (altcoins) outperformed bitcoin on Tuesday, suggesting a greater appetite for risk among short-term traders. For example, Polygon’s MATIC token rallied by as much as 19% over the past 24 hours, compared with a 15% rise in SHIB and a 4% rise in BTC over the same period.

Typically, BTC declines by less than altcoins during market recoveries because of its lower risk profile relative to smaller tokens.

The chart below shows the recent spike in the transfer volume of BTC onto exchanges. The latest uptick is the highest since March 2020, when BTC fell by 50% during the coronavirus pandemic-induced sell-off.

Theoretically, exchange inflows suggest that traders are looking to sell their crypto assets, whereas outflows occur when traders are moving tokens to storage (digital wallets) and by doing so will incur a transaction cost.

The latest uptick in BTC exchange inflows could be a sign of capitulation, similar to what occurred at previous price bottoms. Further, bitcoin’s trading volume exceeded the recent peak in January and sentiment indicators show extreme bearishness among traders. That typically results in a relief rally. 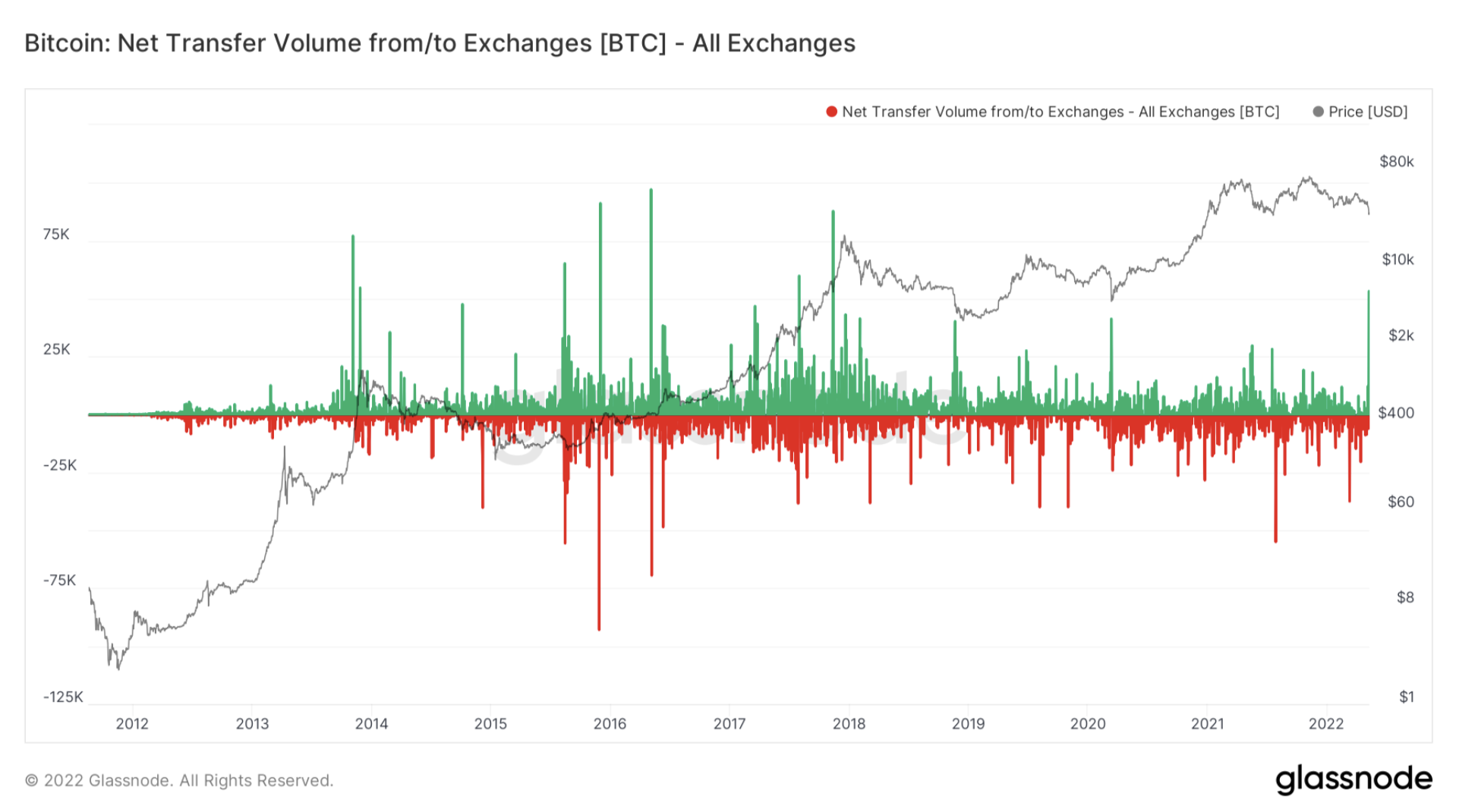 Bitcoin’s drawdown, or the percentage decline from peak to trough, suggests a short-term price low, similar to what occurred in January. During bear markets, however, drawdowns can extend toward 60%-80%, compared with the current 53% peak-to-trough decline.

Bitcoin has experienced lower drawdowns since the 2018 crypto bear market, which is consistent with its long-term uptrend, defined by a series of higher price lows. 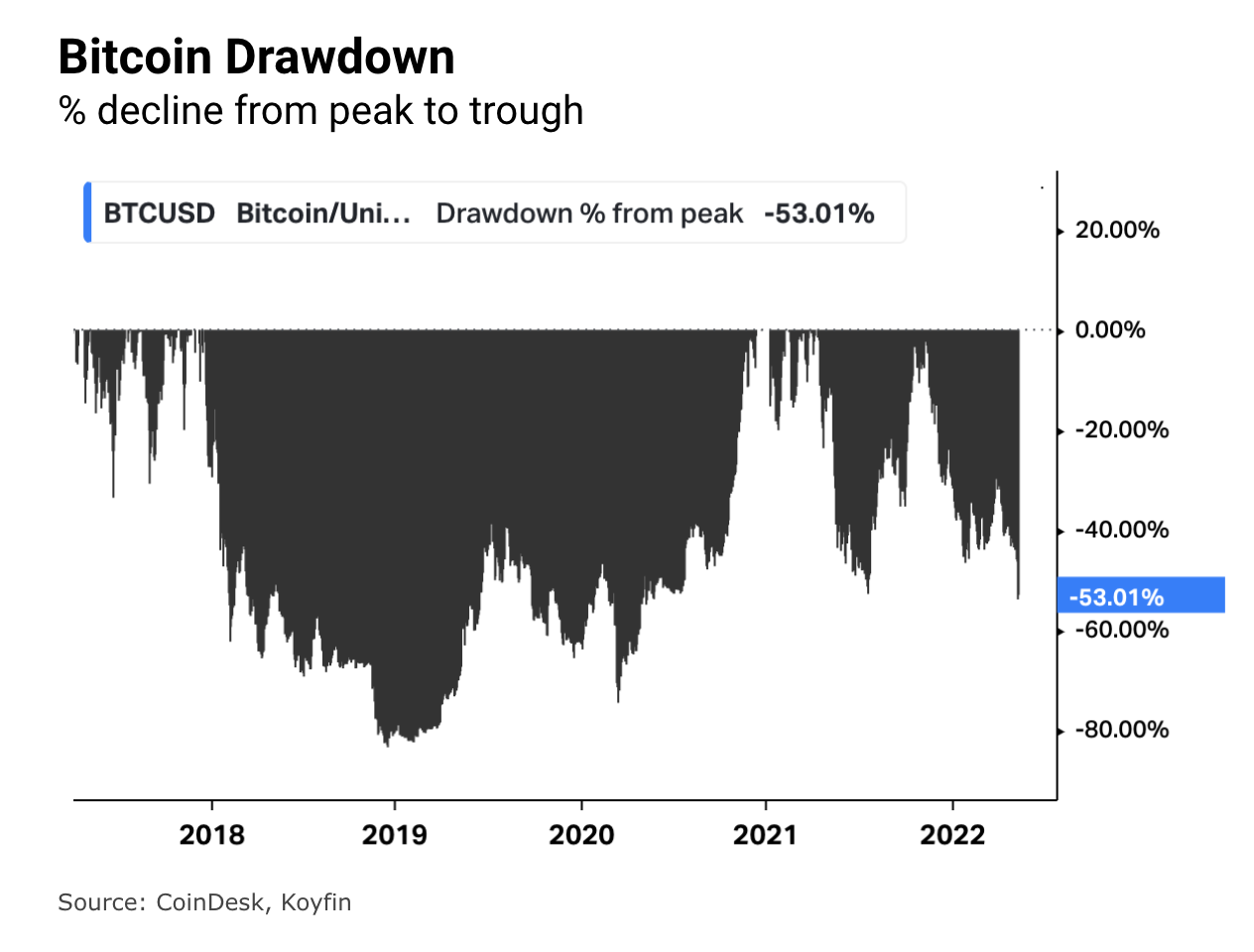 Still, unlike previous conditions, bitcoin’s current correlation with the S&P 500 is at an all-time high. That means the cryptocurrency is more sensitive to traditional market influences such as interest rates and current events. 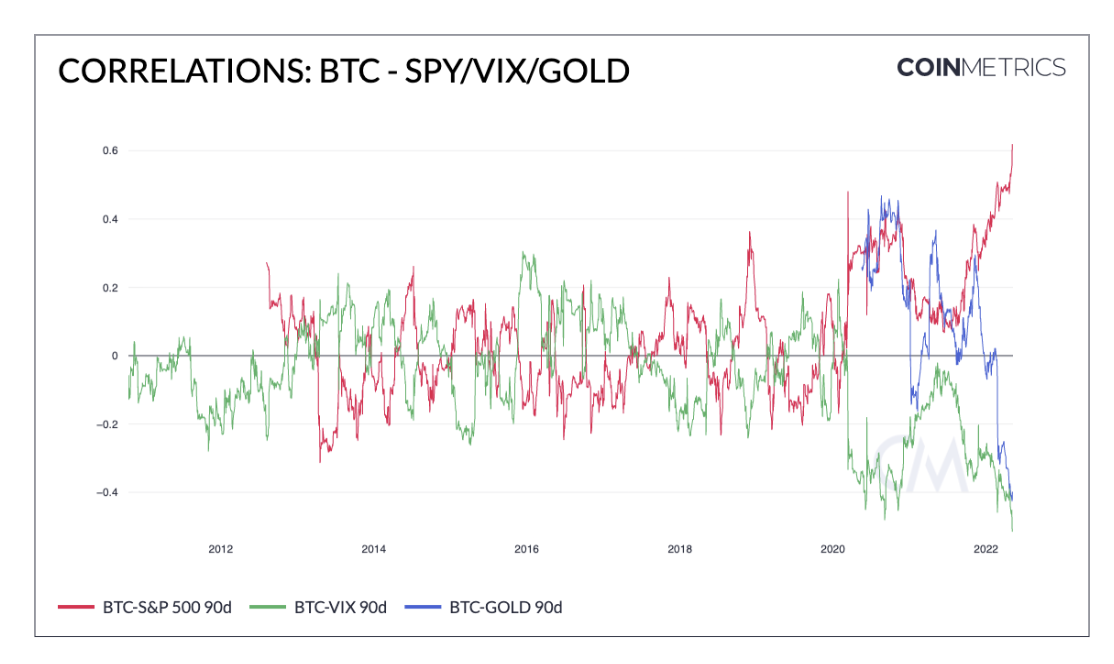 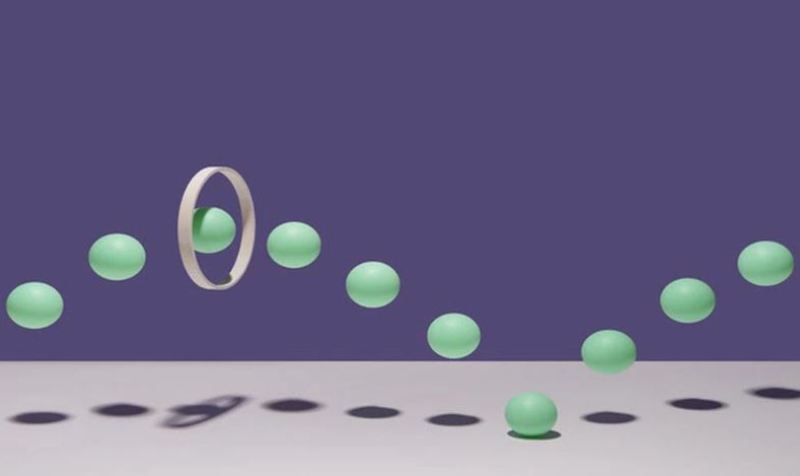 PrevPreviousThe Same Pattern of Excess Deaths, off the Charts, That Follow the Massive Vaxxine Roll Out – Country After Country
NextI Just Wonder if “Long C0VID” Is a Yet Another Adverse Reactions to C0VID VaxxinesNext