The CEO of the infamous Mt. Gox crypto exchange is re-entering the industry with a rating service. But is he in touch with the latest developments?; ether also falls.

Prices: Bitcoin, ether and other major cryptos continued their recent dive amid growing concerns about inflation and recession.

Technician’s take: BTC is not yet oversold and is roughly two days away from a pause in selling pressure.

Bitcoin and other major cryptos plunge

Down, down, bitcoin is going down. Where it stops … that’s the question.

The largest cryptocurrency by market capitalization continued its plunge of the past two weeks on Monday as investors kept backing off speculative assets amid ongoing concerns about inflation and a possible global recession.

Bitcoin recently fell below $40,000, a more than 5.4% drop over the past 24 hours and down from highs at the end of March above $47,000. Ether, the second-largest crypto by market cap, was trading slightly over $3,000 – a more than 6% decline over the same period – after dropping below this threshold earlier in the day for the first time since the middle of last month. Other major altcoins fared even worse, with Terra’s LUNA token, SOL and ADA all in the red by double digits. Meme coins DOGE and SHIB also were beaten down significantly. Trading was light.

Crypto market performance trailed equity markets, although those were off as well with the tech-focused Nasdaq down 2.1% and the S&P 500 off 1.6% as investors awaited the Tuesday release of the Consumer Price Index, which is widely expected to show inflation worsening in March.

In an email to CoinDesk, FxPro Senior Financial Analyst Alex Kuptsikevich highlighted an “increasing correlation” between crypto markets and stocks, particularly with the Nasdaq index. “This relationship is easily explained by the fact that in both cases, investors are betting on a progressive idea and not on a stable income,” he wrote.

Russia’s invasion of neighboring Ukraine has disrupted supply chains and increased energy costs that were already spiraling prior to the conflict. On Monday, Russian forces continued to mass for an attack in the eastern region of Donbas in an attempt to link the area to the Crimean peninsula on the Black Sea. Meanwhile, France’s third largest bank, Société Générale, became the latest major company to stop doing business in Russia, as European Union countries and others opposed to Russia’s aggression continued to mull additional economic sanctions.

Noting the decline in bitcoin’s 50-day moving average to near $42K, Kuptsikevich wrote that the crypto could see worse days ahead. “Fixing below this level may open a direct path to the area of March lows near $38K,” he said.

Mark Karpeles tries to reinvent himself with UnGox

Eight years later, Mark Karpeles, the CEO of infamous failed bitcoin exchange Mt. Gox – its hack the genesis of crypto’s history of cyber thieves and epic collapses – is trying to make amends for the past.

Karpeles, who received a suspended sentence for manipulating exchange data but was acquitted on the most serious charges of embezzlement and breach of trust – an impressive feat considering Japanese courts’ 99% conviction rate – wants to build the tools to allow investors to assess the risks of crypto products. But this isn’t why he’s an unlikely figure to establish a ratings service, which he is calling UnGox.

In a speech at Tokyo’s Foreign Correspondents’ Club, he also came across as out of touch with current crypto trends. When Mt. Gox was at its prime there was no Vitalik Buterin or decentralized finance (DeFi). Still, he’s determined.

“Why me? I went through everything that could go wrong when running an exchange,” Karpeles said during his speech. “When running Mt. Gox I did due diligence on a number of different crypto exchanges. We don’t want people to get ‘Goxed’ anymore.”

Karpeles said UnGox would not have an S&P or Moody’s business model where the issuer buys the review. Instead, it will be available for free online, with more granular data available via a monthly subscription. The era in which UnGox will launch is much different than when Karpeles exited the crypto industry. In the halcyon days of 2014, there was bitcoin (BTC) , litecoin (LTC) and a few other altcoins, and DeFi had not yet arrived.

When asked at the FCC about restarting in the crypto world in a different era, Karpeles said he can navigate the space. Running a crypto exchange would be a no-go, given his history, but he feels that with hacks and rugpulls so common, a ratings agency is what the industry needs.

So how would he approach a DeFi project to assess if it’s a scam? Well, first, he says, would be if the team is hiding behind a pseudonym or operating in plain sight. A second would be to look at the promised yield.

Certainly, in Karpeles’ era these would have been the tell-tale signs of fraud. But in the time since, it is now somewhat normalized.

DeFi projects whose executives are represented by avatars and handles get top-tier venture capital money. It’s not necessary to be doxxed, or even have a traditional corporate structure as decentralized administrative organizations (DAO), and their tokens are perfectly fine, too. Liquidity Provider tokens and yield farming can earn 50% or more APY a month; there are hundreds of millions of dollars being yield farmed to provide liquidity for decentralized exchanges (DEX).

Karpeles is undoubtedly a quick learner, but he also seems to be stuck in a time capsule. CoinGecko and CoinMarketCap, data aggregators that didn’t exist during the Mt. Gox era, already provide a ratings service that scores exchanges from 1-10.

For the DeFi world, dozens of auditing platforms already exist and many don’t have the fatal flaw of S&P or Moody’s that allow for ratings to be suppressed. Certik has already audited over 1,800 DeFi projects and there are other similar portals out there.

While Karpeles had everything that can go wrong happen to him, these were the trials and tribulations of a different time. Having lessons learned from the fall of Mt. Gox as the anchor of your CV might not be as strong as he thinks.

He does seem to have a fan in journalist Jake Adelstein, of Tokyo Vice fame, who documented the fall of Mt. Gox and Karpeles’ struggle with Japan’s vicious prosecutor, and first wrote about Karpeles’ plans for UnGoxed.

“As human beings, we learn from our mistakes,” Adelstein, a self-described non-expert in crypto, said during the FCC event. “Nobody better to rate cryptocurrency as he’s dealt with all the problems.”

Bitcoin (BTC) is extending its pullback that began on March 28 after buyers failed to break above the $48,000 resistance level.

The cryptocurrency is not yet oversold, although lower support at $37,500 and $40,000 could stabilize the down move.

BTC was down as much as 7% over the past 24 hours. Countertrend signals, however, are roughly two days away from an inversion (selling exhaustion), per the DeMARK indicators.

The relative strength index (RSI) on the daily chart is approaching oversold levels, which could pause the current price drop. Still, oversold readings could persist for a few weeks, similar to what occurred earlier this year.

On the weekly chart, momentum signals are still positive. That means BTC’s recovery from January lows remains intact, so long as buyers can maintain support above $37,500.

Despite short-term price rises, further upside beyond $50,000 could be challenging given negative momentum signals on the monthly chart, similar to what occurred during the 2018 crypto bear market. 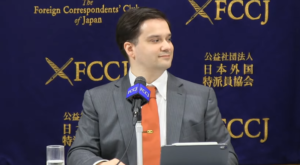