The news comes after the ailing crypto lender filed for bankruptcy protection Wednesday.

Celsius Network, the liquidity-strapped crypto lender that suspended withdrawals has a $1.3 billion hole in its balance sheet, according to a new court filing from the company’s advisory partner, Kirkland & Ellis.

The document, which was filed to the U.S. Bankruptcy Court of the Southern District of New York, shows that Celsius holds $4.3 billion of assets and $5.5 billion of liabilities. In its list of assets, Celsius claimed it has about $600 million in its CEL token. However, the company noted in the filing the total market cap for CEL as of July 12 was roughly $170.3 million. 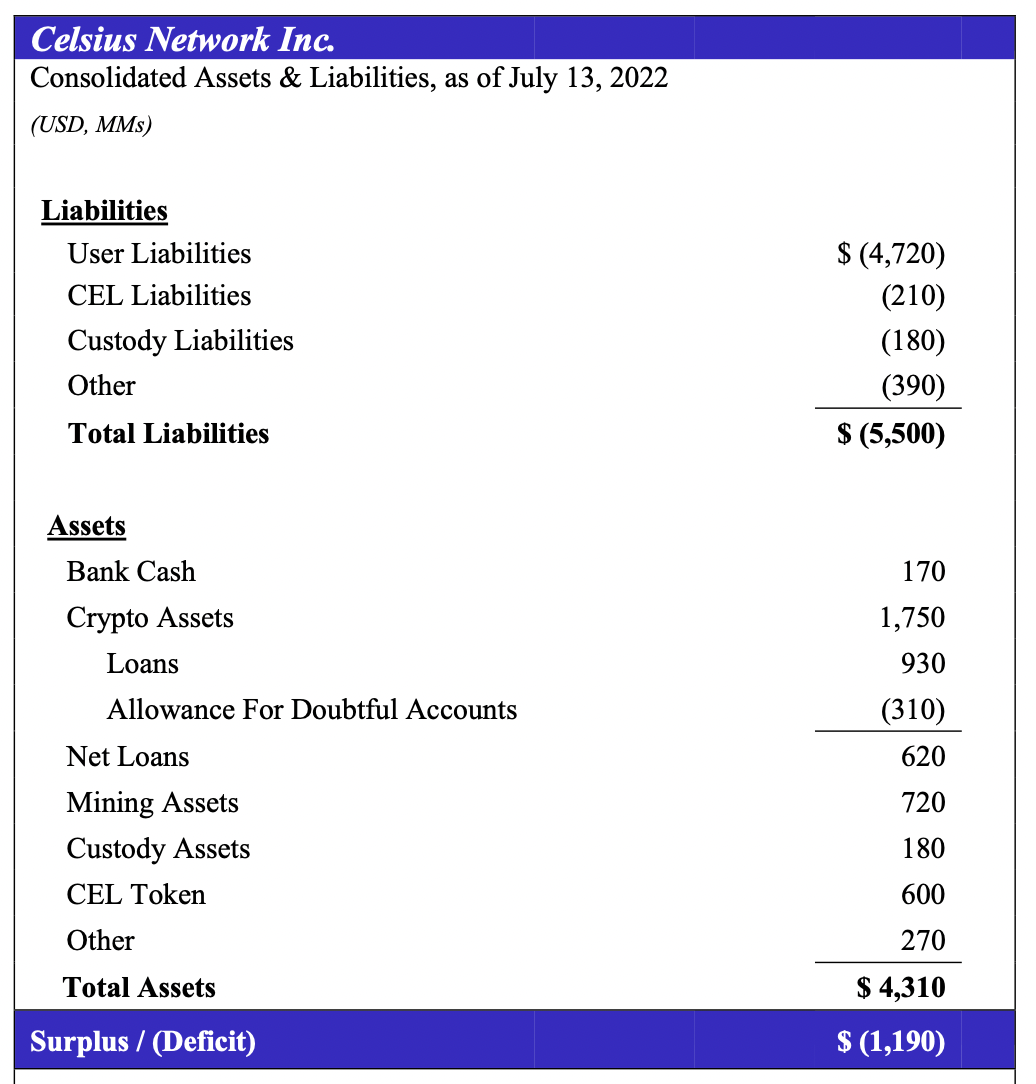 A document filed by the firm’s adviser shows Celsius has a deficit of $1.2 billion. (Kirkland & Ellis)

Celsius is one of several firms that have been hit hard by the ongoing liquidity crisis in the crypto sector. It halted deposit withdrawals on June 12, hired restructuring experts to advise on its financial situation and filed for bankruptcy protection on Wednesday.

As the firm was looking for solutions to its financial difficulties, crypto exchange FTX reportedly walked away from talks about a potential deal to acquire Celsius, pointing to a “$2 billion hole” on Celsius’s balance sheet.

However, Celsius started to make good on its debt to decentralized finance (DeFi) protocols Aave, Compound and Maker as part of a treasury-management maneuver to get a hold of its assets locked up as collateral of the loans.

The crypto lender paid off $223 million to Maker, $235 million to Aave and $258 million to Compound, closing its last loan on Tuesday, as reported by CoinDesk.

As a result, the firm was able to reclaim almost $1.4 billion in tokens, mostly held in the form of wrapped bitcoin (wBTC) and a type of staked ether derivative (stETH).

Ryan Preston Dahl, a restructuring expert at the law firm Ropes & Gray LLP, told CoinDesk TV’s “First Mover” program that Celsius is going into “uncharted territory” in filing for Chapter 11 bankruptcy protection, because there has not been a precedent for a crypto brokerage “trying to navigate through a reorganization as opposed to a liquidation.” 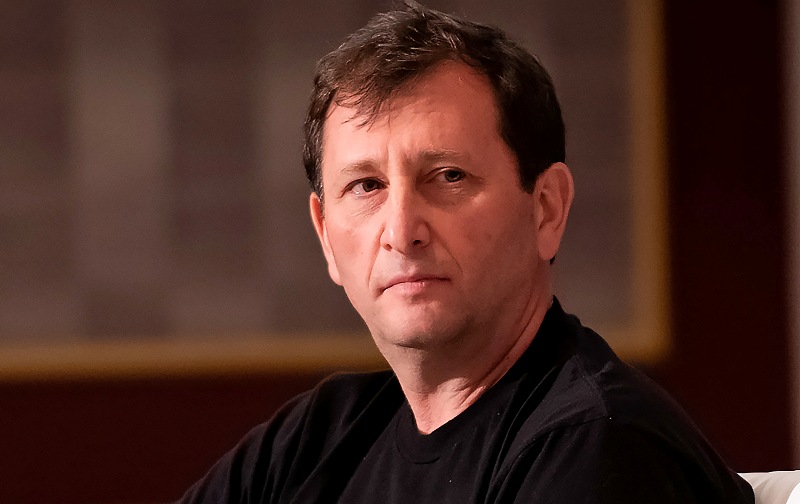 PrevPreviousIvana Trump, the Ex-wife of Former US President Donald Trump, Has Reportedly Died Aged 73
NextANR Founder Highlights That Soros Is the Reason the US Is No Longer a Democracy and the West Is Falling Into a Repressive Puppet RegimeNext