Trading platform boss says “‘crypto is too small for Russia’ and more focus should be placed on the banking system.

The founder of Binance, the cryptocurrency trading platform, has dismissed fears that virtual money could be used by the Kremlin to evade sanctions as he claimed that “crypto is too small for Russia”.

Changpeng Zhao said cryptocurrencies also defeated attempts to work around sanctions by being too traceable, adding that more focus should be placed on banks. In a statement Zhao said the media and politicians should be focusing on conventional lenders and the oil and gas market.

“Currently, the media and politicians are spending a lot of effort and focus on crypto and sanctions,” he said. “The truth is, crypto is too small for Russia. If we look at the crypto adoption today, there is probably about 3% of the global population with some kind of crypto exposure (ie, owning some crypto). Of those, most only have a small percentage of their net worth in crypto. Less than 10% on average. So, there is probably only less than 0.3% of the global net worth in crypto today. This percentage applies equally to Russia.”

The Wall Street Journal reported last week that the US is considering imposing sanctions on Russia’s cryptocurrency market, amid concerns that currencies like bitcoin offer an alternative way, outside the international banking system, to make irreversible cross-border transactions. Zhao denied this applied to Binance, saying it “applies the same sanctions rules as the banks, according to international standards”.

Zhao said the use of blockchain in cryptocurrency transactions meant that crypto assets are “not an effective tool for illicit activities”. A blockchain is a digital, decentralised ledger maintained by a network of computers that registers every crypto transaction and can be scrutinised by anyone. Zhao added that using privacy-focused digital currencies such as Monero would not work either because the market capitalisation of Monero is $3bn compared with Russia’s GDP – a measure of economic output – of $1.5tn.

“Another reason Russia would not want to use crypto is that it is too traceable. And governments around the world are already very adept at tracking it,” said Zhao.

Zhao, whose personal wealth has been estimated at $1.9bn (£1bn) by Forbes magazine’s billionaires list, said this week Binance had donated $10m to aid the humanitarian effort in Ukraine and help those fleeing the conflict. 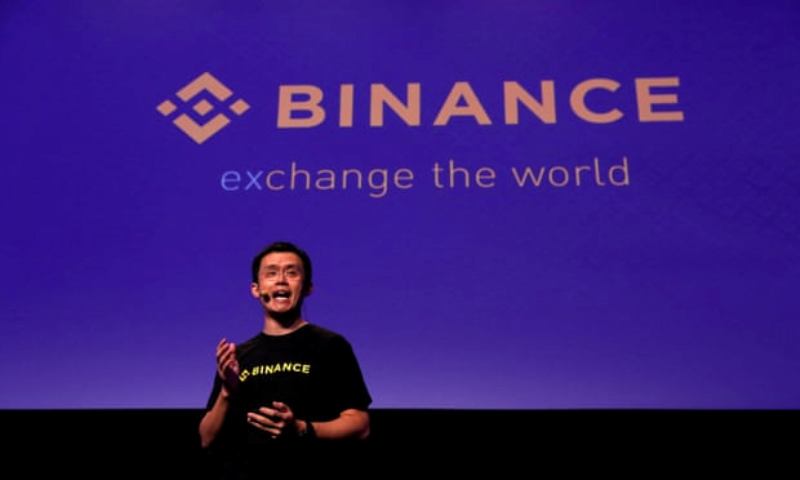 PrevPreviousDestroyed Ukrainian military vehicles on the streets of Melitopo
NextIgnorance Is Deadly – How Long Before Mass Global Panic Kicks In, Once the Masses Figure Out the C0VID Vaxxines Are Lethal Injections That Will Kill and Injure on Mass?Next