By Steve Lance and Naveen Athrappully

Members of the Air Force have been grounded for refusing to take a COVID-19 shot even after a court order ruling against such actions said a former space force commander on Sept. 15, adding that it is “not the time to be tampering with our readiness.”

Roughly two months back, a federal court in Ohio stated that the Air Force is not legally justified in taking punitive action against service members who do not take the COVID-19 vaccine, Matt Lohmeier, former Space Force Lieutenant Colonel, said in an interview with “Capitol Report” on NTD News.

A preliminary injunction was also issued. Lohmeier gave an example of a Squadron Leader in a fighter squadron at the Air Force who had been grounded and removed from his post following his decision not to take a COVID-19 shot.

Neither the squadron leader nor other members who he is aware of have been allowed to return back to flying status Lohmeier said.

“Our senior defense officials seem uninterested in abiding by law,” he said. “We’ve got over 700 pilots potentially on the chopping block right now for their refusal to take the shot.”

The mandatory vaccination rule itself is illegal since the COVID-19 vaccine available in many instances has only been approved under emergency use authorization (EUA), Lohmeier said.

Many service members “across all branches of the military” have objected to these vaccines, amounting to thousands of personnel.

Back in 2019, the Chief Staff of the Air Force had publicly admitted that the United States was facing a pilot crisis due to a shortage of 1,650 pilots, he said.

“That problem hasn’t been fixed or gotten any better since 2019.”

“At a time of great power competition, potentially with China and Russia,” Lohmeier said, it is “not the time to be tampering with our readiness.”

Lohmeier also criticized the Republican Party for not standing with unvaccinated military personnel.

One pilot who is grounded and has not been returned back to flying status has tried to engage with the Republican congressman in his home state as well as local state legislators where he is stationed.

“None of the Republicans even are willing to engage issues related to COVID,” he said. “Because even the Republican Party is divided over that, despite it being an illegal mandate.”

Danielle Runyan, an attorney with First Liberty Institute whose legal team has been taking up cases to defend unvaccinated military members, said to “Capitol Report” on NTD News on Sept. 16, that they are handling an Air Force case and a Navy Seal’s case—both of which challenge constitutional violations related to the COVID-19 mandate as well as violations of the Religious Freedom Restoration Act.

According to a recent Fox News report, the Navy quietly rolled back its decision to punish SEAL members who remain unvaccinated due to religious beliefs in May.

When questioned about the matter, Runyan replied that the Navy has not changed its stance. Not only is the vaccination mandate still in effect and service members are required to comply with it, but the Navy continues “processing denials.”

Runyan believes that this is going to be a “court battle to the end.”

The attorney said that many service members who filed for religious accommodation requests have been pulled from their duties despite being perfectly capable of carrying them out.

In contrast, those who filed for medical exemptions are still performing their tasks.

“They are ultimately going to lose their careers if they can’t perform their duties,” she said.

“These vaccines are not preventing the spread of the virus,” Runyan said. “Military officials are aware of this fact. And, you know, the military is choosing to ignore these facts. … This is just a clear violation of the law.” 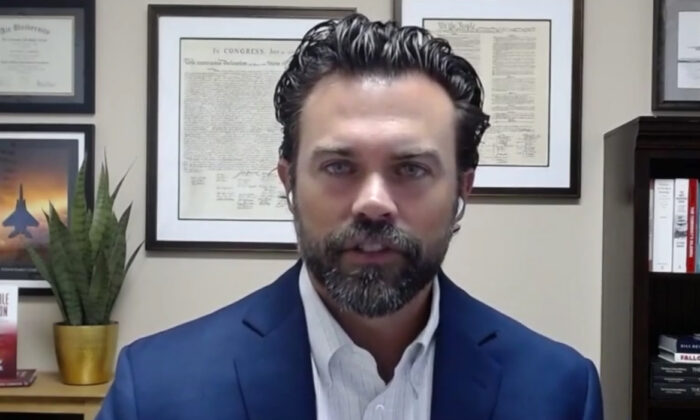 PrevPreviousMillions are Dropping Like Flies Says Doctor, as Llife Wxpectancy Crashes
NextUncensored: Australia’s Blueprint for the Next Planned 5 Global PandemicsNext