The number of newborn babies sadly dying has surpassed critical levels for the 2nd time in 7 months in Scotland according to the Public Health Scotland database.

The discovery of these record-breaking deaths comes after it was revealed both Pfizer and Medicine Regulators hid the dangers of Covid-19 vaccination during pregnancy because the only study conducted found it increases the risk of birth defects & infertility.

Public Health Scotland (PHS) has a full dashboard on Covid-19 wider impacts on the health care system, and it includes a whole range of data from mental health statistics to pregnancies, cardiovascular disorders data, and cancer.

Official figures reveal that the rate of neonatal deaths increased to 4.6 per 1000 live births in March 2022, a 119% increase on the expected rate of deaths. This means the neonatal mortality rate breached an upper warning threshold known as the ‘control limit’ for the second time in at least four years.

The last time it breached was in September 2021, when neonatal deaths per 1000 live births climbed to 5.1. Although the rate fluctuates month to month, the figure for both September 2021 and March 2022 is on a par with levels that were last typically seen in the late 1980s.

Public Health Scotland (PHS) has not formally announced they have launched an investigation, but this is what they are supposed to do when the upper warning threshold is reached, and they did so back in 2021.

At the time, PHS said the fact that the upper control limit has been exceeded “indicates there is a higher likelihood that there are factors beyond random variation that may have contributed to the number of deaths that occurred”.

Whilst the Covid-19 injections may not be to blame there is now plenty of evidence suggesting that they could well be.

At the end of April 2021, the Joint Committee on Vaccination and Immunisation (JCVI) formally recommended that all pregnant women should be offered the Pfizer Covid-19 injection, despite the fact no studies had been performed to prove the safety of administering the injection during pregnancy.

However, despite the JCVI not officially advising the jab be offered to pregnant women until the end of April 2021, we know that they were being given it prior to this due to the number of miscarriages reported to the UK Medicine Regulator as of April 5th 2021.

This was also despite the fact the UK Government had clearly stated in the official ‘REG 174 INFORMATION FOR UK HEALTHCARE PROFESSIONALS‘ document prepared upon emergency authorisation of the Pfizer mRNA Covid-19 injection in December 2020, that the Pfizer jab was not recommended for use during pregnancy, pregnancy should be ruled out prior to vaccination, and women of childbearing age should avoid pregnancy for at least 2 months after their second dose.

But we now know that even this official advice withheld the true information, with Medicine Regulators around the world working in tandem with Pfizer to cover up the fact the only limited animal study performed to test the safety of the Pfizer vaccine in pregnancy found an increased rate of birth defects and infertility.

The full investigation of this fraud and deception can be read here,

But to summarise: a ‘Freedom of Information’ request alongside an in-depth dive into the only pregnancy/fertility study performed on the Pfizer Covid-19 injection revealed that Medicine Regulators and Pfizer chose to publicly cover-up alarming abnormalities of the developing foetus and falsely downgraded the actual risk of Covid-19 vaccination during pregnancy by suppressing documented findings of the clinical data.

These decisions led to medical professionals, who are far too trusting of Medicine Regulators, to wrongly inform pregnant women that the Covid-19 injections are perfectly safe during pregnancy, leading to many pregnant women feeling pressured to get vaccinated.

Another alarming real-world study also found that the rate of Miscarriage is 82% following Covid-19 Vaccination.

In July 2021, we exclusively revealed how data had been manipulated by scientists carrying out a real-world study for the CDC to show that Covid-19 vaccines were safe for use during pregnancy.

However, our analysis proved that these numbers were extremely misleading due to the fact that of the 827 completed pregnancies, 700 / 86% of the women had received a dose of either the Pfizer or Moderna Covid-19 vaccine during the third trimester of pregnancy, meaning it was impossible for them to suffer a miscarriage due to the fact they can only occur prior to week 20 of pregnancy.

This meant that just 127 women received either the Pfizer or Moderna Covid-19 vaccine during the first/second trimester, with 104 of the woman sadly losing their baby.

Therefore the rate of incidence of miscarriage was 82%, not 12.6% as presented in the findings of the study, and the authors of the study have since admitted that they made a mistake, issuing a correction six months too late because the study has been used to justify Covid-19 vaccination of pregnant women and new mothers around the world.

Another study conducted in Japan on behalf of Pfizer, which is contained in the confidential documents the U.S. Food and Drug Administration has been forced to publish by court order, also shows that a high concentration of the Covid-19 injection accumulates in the ovaries for a minimum of 48 hours.

It’s not known whether it continues to accumulate after 48 hours due to observations being halted at this point.

In the first 15 minutes following injection of the Pfizer jab, researchers found that the total lipid concentration in the ovaries measured 0.104ml. This then increased to 1.34ml after 1 hour, 2.34ml after 4 hours, and then 12.3ml after 48 hours.

This may also explain why further Public Health Scotland data contained in their Covid-19 Wider Impacts dashboard shows the rate of ovarian cancer across Scotland has been significantly higher than the expected average since March 2021.

It is of course impossible to definitively conclude that the Covid-19 injections are responsible for a rise in neonatal deaths in Scotland.

It’s quite clear that the Covid-19 injections interfere with the reproductive system, and further studies and investigations should be carried out with immediate effect. 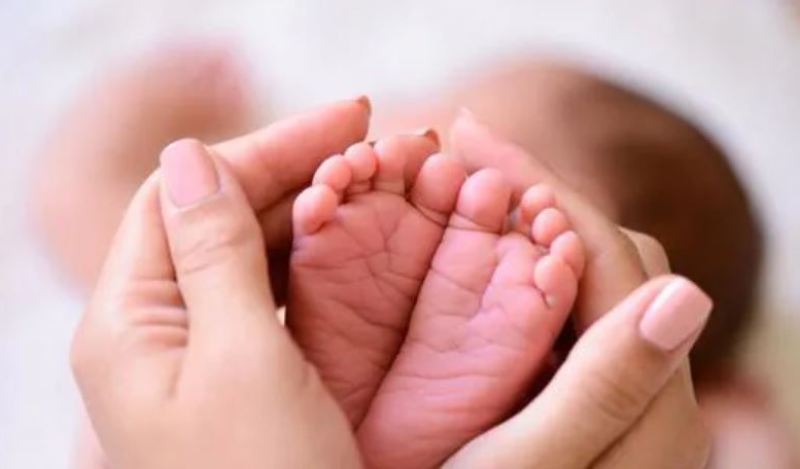 PrevPreviousOpinion: Inflation Will Create a Political Vacuum. Can Bitcoin Fill It?
NextEpisode 1: What Is the Deep State?Next