US government data shows it is 99.6% likely that Celine Dion got her Stiff Person Syndrome from the COVID vaccine. She can’t sue because of liability protection. 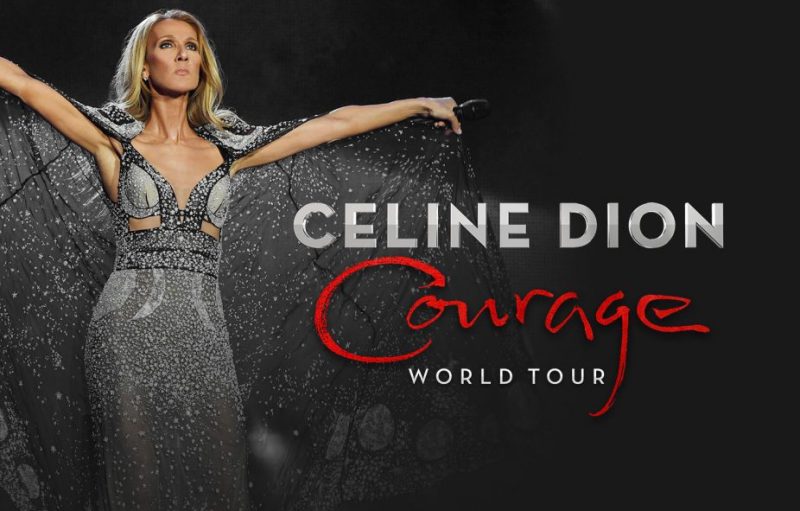 Celine Dion finally revealed she has stiff person syndrome, which is so rare, it’s only found in 1 in a million people. Did she just get unlucky? Nope. She got vaccinated.

My calculations, shown below, estimate that there is 99.6% chance it was the COVID vaccine which caused her injury.

If there is any respected medical authority who thinks I’m wrong and wants to challenge me on the evidence and arguments I present below, use the Contact Me form and we’ll set up a recorded video call.

You will never, not in a million years, guess what is a known listed side effect of the Pfizer COVID vaccine?

We have proof that Pfizer knew about SPS in Feb 2021

Pfizer knew about this potential side effect likely before Celine Dion was vaccinated, but they have no duty to disclose that because hey, it’s a safe and effective vaccine with only mild side effects. The FDA simply looks the other way for safety issues. That’s the way science is done.

Pfizer knew about SPS in February 2021 and the FDA knew about it on Aprile 2021. But the FDA isn’t going to warn anyone about all these side effects because that would create vaccine hesitancy.

Thanks to Amy Kelly of dailyclout.io, we know that SPS was reported in Pfizer’s postmarketing documents on page 37, which is also page 8 of Appendix 1. Being in this document indicates that Pfizer was aware of it no later than 2/28/21, and the FDA knew about it no later than April 2021.

So the FDA and Pfizer clearly know and told the public nothing. They aren’t liable for any damages even if they didn’t give anyone informed consent by revealing all the side effects.

I don’t know if Celine got the Pfizer vaccine or not, but the side effect profile of the other vaccines is even worse, so my arguments apply no matter what vaccine Celine got.

Now lets’ look at VAERS. Guess what? If you get SPS post-vax, there is a 99.6% chance it was from the vaccine.

The numbers for SPS over 30 years only implicate the COVID and HPV vaccines.

Note: You should read the Turtles All the Way Down book about the HPV vaccine (starting on page 112) and how they covered up the safety signal there; they used the exact same gaslighting techniques they perfected with the HPV vaccine on the COVID vaccines).

In other words, math says that the chance that Celine Dion got SPS from the vaccine is 99.6%.

In short, it is almost certain that Celine Dion is vaccine injured.

But wait, there’s more! SPS can happen the SAME day as the COVID vaccine!!!!

If you think that’s not causality, then explain the VAERS report below. It shows SPS can start IMMEDIATELY after vaccination. This is likely because it is causal, because the chance this would happen by “bad luck” is very small. Remember, there was just 1 report for the flu vaccine in 32 years. What do you think the chance is of a spontaneous SPS happening on the same day as a vaccination with the COVID vaccine? Very close to zero.

How do you explain this? It happened right after the shot, on the same day. Of course, this person could have been “unlucky” but when you look at the other reports, they occur in close proximity to the vaccine.

Here is the Reuters “fact check” for you to compare how THEY interpreted the VAERS data.

Well…. they didn’t. Can you believe that? VAERS is the official US government adverse event reporting system that they spend $100M or more a year to maintain and the experts don’t even look at it?!?!

According to the experts contacted by Reuters there is absolutely no evidence that the COVID vaccines cause SPS:

Newsome, also Associate Professor of Neurology at the Johns Hopkins Hospital, echoed this: “The short answer is, there is no data or evidence to suggest that the COVID-19 vaccine causes Stiff Person Syndrome. This is also the case for other vaccines.”

Wow. Contradicted by the evidence in plain sight. These experts cannot explain the data above. They don’t even mention it. If they had mentioned it and gave a reason to dismiss it, I’d listen to their reason. But to gaslight Reuters with false statements about data “not existing” when it is in plain sight, that’s downright unethical. Newsome should avoid commenting in areas where he lacks competency.

Reuters never contacted me on their fact check because THEY NEVER CONTACT ANYONE on our side to dispute their experts.

So these “fact checks” are ALWAYS one-sided (at least all the ones I’ve ever read). Have you noticed that? They are propaganda pieces. They should be researching the evidence on both sides and then presenting a conclusion. Instead they only call experts who agree with the government narrative. That’s NOT fact checking.

One other thing. The fact check said that SPS was an auto-immune disease:

The exact cause of this rare condition, which affects “only about one or two in a million people” according to John Hopkins Medicine (here), remains unknown, but it has been commonly associated with an autoimmune reaction…

Hello…..!!!! There is GOBS of evidence COVID vaccines cause auto-immune diseases. How do you think the people died in the Schwab study for example? It’s crystal clear. Those patients died because the immune system attacked their heart. That’s called auto-immunity. I can’t believe the “experts” Reuters contacts are so brain-dead that they don’t even understand the basics about the COVID vaccine. Willful blindness as Dr. Aseem Malhotra would say.

Debunkers will claim that VAERS is overreported this year.

Nope. There is no evidence VAERS is any more overreported this year than other years. I’ve done multiple surveys on this and spent a lot of money to show it wasn’t overreported.

And the evidence is in plain sight on the OpenVAERS site which shows that ONLY the COVID vaccine is “overreported.”

Bottom line is if you make the claim that it is “overreported” please show me your evidence of that. Or accept my debate offer at the top and we can go through all the data.

The COVID vaccines CAUSE SPS as well as hundreds of other severe adverse events which I documented LONG ago. There is simply no other way to explain the numbers in VAERS. Nobody will debate me on this.

Will she go to a doctor who specializes in treating the vaccine injured? Nope. It’s highly likely she was told it wasn’t the vaccine by her doctor. Which means unfortunately, she will likely never recover since in general, the sooner you are treated properly, the greater the chance of making a recovery. To get proper treatment, you need to see a doctor who understands the cause.

Will Celine’s doctors ever tell her about this article? Nope. What a shame.

Celine Dion could be a powerful voice to warn people not to take the vaccine if she has the courage to speak the truth.

PrevPreviousHospital Injects Baby With Vaxed Blood, Baby Dies of Blood Clots
NextHuge Aquarium Breaks at Sea Life Berlin, Sending a Wave Into the Street and Killing up to 1,500 Tropical FishNext