Doris De Angelis
We don t need to fight. That’s a waste of energy. We only have to finally become smarter in preparing and executing the takeover.

Will O’Hara
Why does the words we use against imperialism sound a lot like the words one uses to support communism? Don’t get me wrong, I deplore imperialism in every way, but much of what that gentleman was saying sounded selective. I don’t think we were fighting in Afghanistan for its resources (as an imperialistic empire would do) – unless we feel opium is a resource worth fighting for. And protecting our energy supply chain is if high importance – not for keeping oil company execs richer, they are already rich, but to keep gas cheap so people can afford to heat their homes. Oil is a commodity, not a luxury good. Fighting for freedom abroad does equate to fighting for freedom here. I do agree though with this sentiment though – that much of the international fight for freedom is done through diplomacy and world leadership not through armed conflict.

Roland Boguszewski
Mike Prysner, Iraq war veteran is a member of the Party for Socialism and Liberation (PSL) it is a communist political party in the United States. Which is very telling as he was also an interrogator. He leaves out several important reasons for US involvement. That involvement has almost always included atrocities or invasions of other nations. This communist is peddling half truths using his status as veteran to pull at heartstrings to push his agenda.

Lisa K.
War! What is it good for? Absolutely nothing, say it again!!!

Jari Nirvinen
In ru that guy would have been poisoned or put into jail for a long time in a theatrical trial. Or he might have committed ‘suicide’. Unfortunately, the normal state of human kind seems to be war. Reason to start a war may be money, oil, ‘lebensraum’, weaknesses in internal situation of attacking country, nr of sunspots or whatever. I don’t expect any changes as that is the way it has been for thousands of years.

Tony Duckworth
I think this guy needs to go up to 10,000 feet and see the bigger picture. It’s not about a class conspiracy. If we had not fought for 6 years in WW2 we would now be speaking German. That and the events in Ukraine illustrate that sometimes we have to fight for fundamental values like freedom of speech and democracy otherwise we are condemning ourselves to a miserable life under totalitarianism.

Paul Farmer
I’m not sure that I agree with everything he said. There are a lot of gray areas. However, I will defend his right to say it till I die. The party that claims to be the party of the poor is just plain lying. Their actions do not match their words. As David Richards said, “Stop the corruption!!” 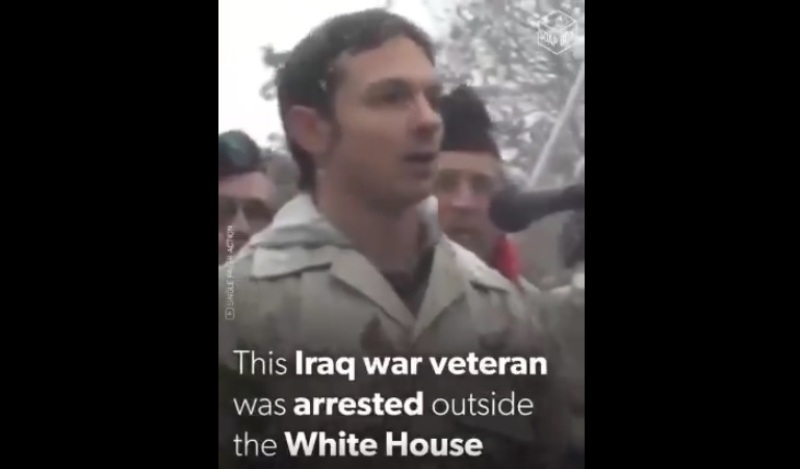 PrevPreviousMiami City Will Host the Four-Day Event From April 6–9, and Expects More Than 25,000 Attendees for Bitcoin 2022
NextAfghans Turn to Cryptocurrencies Amid US SanctionsNext