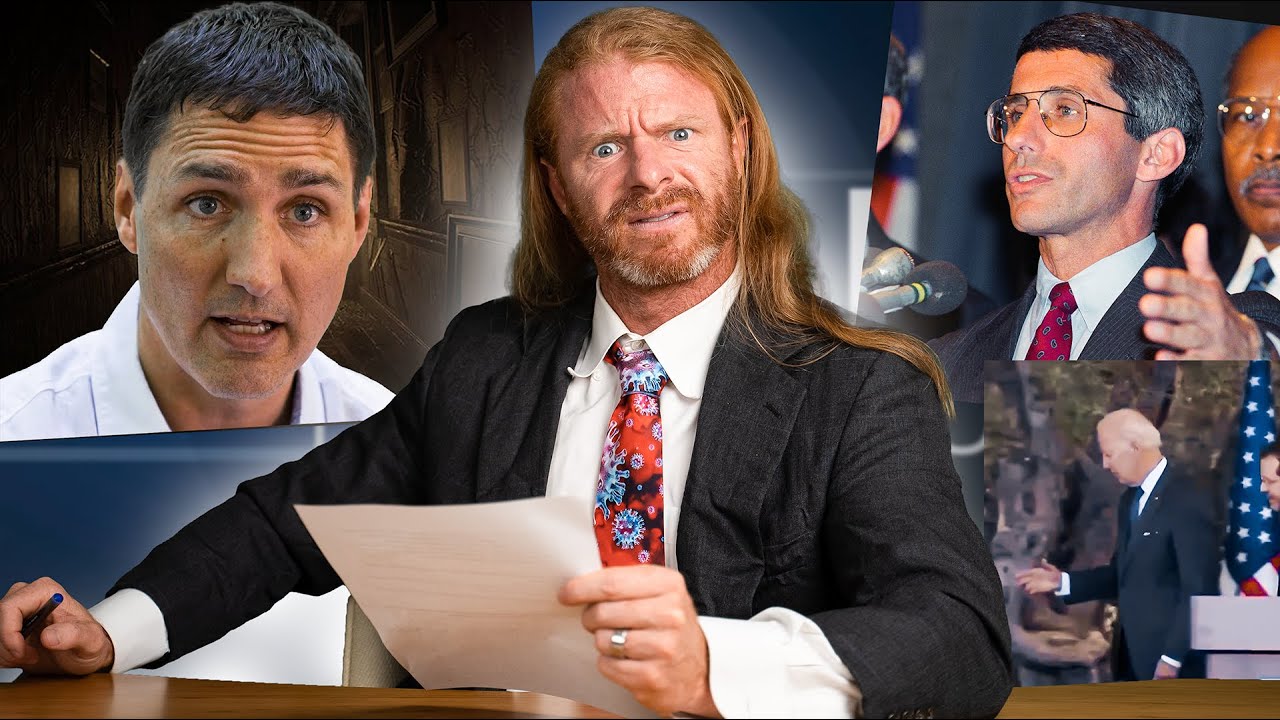 K
Brandon working without a full deck doesn’t scare me as much as the people who believe he’s a great president..

No one important
Your sarcasm is the only way to deal with this weird reality we are forced to live in by the left. Great job JP and team

Ken Daves
“Keeper of the crypt” and “sunning himself on a rock” (Klaus Schwab) are two of the funniest lines, like, ever. I watch JP often. Increasingly, my sense is he is exactly right so very often. As in I agree totally from guns to abortion (brilliant post) and his criticism of Biden. Underneath the humor is genuine disbelief that anyone thinks the lies are remotely plausible and THIS is having a massive effect. It stirs the “obvious” in everyone. Great work and very funny man.

arnold lee
Keep them coming JP. My wife and I can’t thank you enough for the astute observations and comedy. Rarely does anyone’s content make us laugh out loud. We just laughed our butts off with this posting. Again, many thanks. Keep on keeping on brother. Peace

Andrea
I’ve been wondering why feminists don’t get this??!! Men are taking everything from their movement by saying they are a woman??? I’m not a feminist but just seems to make a mockery of their whole idea! Loved this! Exactly what I’ve been wondering! No answer, but bizarre.

mademoiselle meena
Brilliant as always! I love the bit on feminism… be more like a man… so true in today’s society. I was discussing this with some friends this past weekend… we were talking about how we never hear the term ladylike any more… what a shame. It’s so preposterous how “they” claim to celebrate diversity but they boo woman acting “ladylike” and men being masculine. What a crazy world.

axel wittersheim
Who would have thought that you’d be getting your real news from JP. Once again excellent job breaking it down and spitting it out! Also enjoyed your time with Tucker Carlson!

Jim Cogar
“Women, before, didn’t have strong leadership, but now they have me, a man, to tell them what to do”, 😂. You guys are killing me!

Honkiavelli
I nominate JP for Time’s “Woman of the Year”. His warm heart, his ginger locks and his sexy look in lingerie make him more than eligible to be nominated. Well done JP!

Elisa Rolston
Since we seem to be living in Medieval times right now can we have an open air Medieval trial for Fauci, the press owners, WHO, and all of the WEF members? Please include my Prime Minister.

jericles
JP – absolutely love your much-needed material, and was so happy when you were interviewed by Tucker…one of his best episodes showing how you really shine as a man of principle. Just 2 things – 1) Fauci was never director of NIH…he’s held directorship of NIAID since 1984, and 2) the Wuhan Institute of Virology is a specialized academic institute with several research foci. There’s no such thing as “Gain of Function Department.” Would be better to phrase this as, “how tf poorly-regulated gain of function research at the Wuhan Institute of Virology is still indirectly funded by American taxpayers. If Fauci didnt know about it…someone else at the NIAID definitely did.” Senator Paul has brought this to light in several of his public hearings w Fauci, who never offered a direct answer to any of Senator Paul’s questions.