In November, over 5,000 rabbis gathered in New York City for the annual kinus hashluchim, America’s largest conference for Jewish clergy. We asked attendees to share their thoughts about Kanye West. 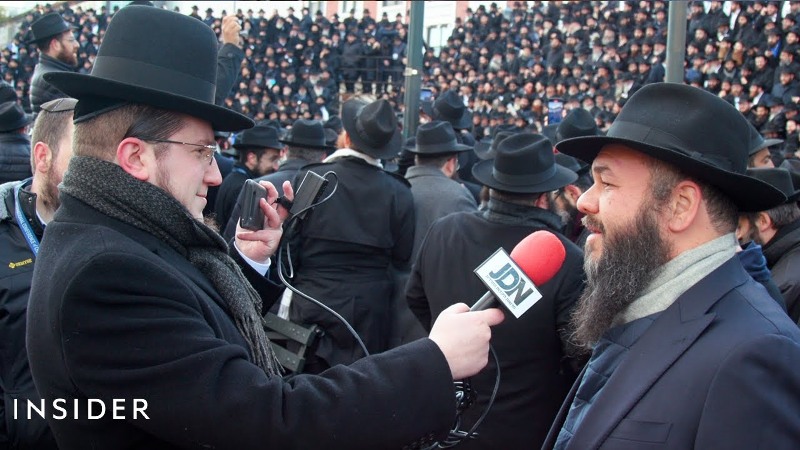 Isaac Kim
It would be a nightmare to lose your friend in that crowd.

Elizabeth Hillman
The Rabbi who was offering chicken soup. Everyone would welcome Kanye and would be prayed for. That is true class.

Hasse Aouled
I was expecting them to hate and be furious. I found humor and genuine understanding.

Byzantine Dixie
“None of the workshops were about how we control the banks, how we control Hollywood”…now that was funny. Great clip. Loved it all. Thanks Insider.

Gael Bergvin
“I wish him good health” and “He kinda looks Russian” was the highest level of polite irony EVER.

Diana Braley
Blessings to you. Not one person was angry with Kanye. Everyone expressed a desire to invite him home and feed him. So powerful – forgiveness and mercy.

edaemetenac
glad you guys interviewed them. People are in shock and hating on Ye for making anti semitism comments but the people who are being targeted by those comments are like “we chillin, hope Kanye gets better, he’s welcome to join us for some food”.

Kiba Whitefang
Imagine if you had to identify only 1 Amish guest among the crowd for the ultimate Where’s Waldo experience.

Riza
There is a difference from saying “I think that man has his own opinions I can’t agree with” and “I forgive him because he is a sick man” if you can’t tell the difference between those statements then your hopeless as a functioning human being.