The world order created after the Second World War and the Cold War isn’t working anymore, so the West needs “a global NATO” to pursue geopolitics anew, UK Foreign Secretary Liz Truss argued, in a major foreign policy speech on Wednesday. Truss also urged the US-led bloc to send more “heavy weapons, tanks” and airplanes to Ukraine, and said China would face the same treatment as Russia if it doesn’t “play by the rules.”

“My vision is a world where free nations are assertive and in the ascendant. Where freedom and democracy are strengthened through a network of economic and security partnerships,” Truss said in a speech at a Mansion House banquet in London.

Dubbing this arrangement “the Network of Liberty,” Truss argued it was necessary because the economic and security structures developed after 1945 – such as the UN Security Council – “have been bent out of shape so far, they have enabled rather than contained aggression.”

“Geopolitics is back,” she announced.

The collective West and its allies need to supply Kiev with “heavy weapons, tanks, aeroplanes – digging deep into our inventories, ramping up production,” Truss said, because the objective is to “push Russia out of the whole of Ukraine” and rebuild the country along the lines of a new Marshall Plan.

The war in Ukraine is our war – it is everyone’s war because Ukraine’s victory is a strategic imperative for all of us.

Beyond that, NATO must ensure that “the Western Balkans and countries like Moldova and Georgia have the resilience and the capabilities to maintain their sovereignty and freedom,” and uphold the “sacrosanct” open-door policy, Truss said.

Her ambitions went beyond Europe, though, as Truss denounced the “false choice between Euro-Atlantic security and Indo-Pacific security.”

“In the modern world we need both. We need a global NATO,” she said. “And we must ensure that democracies like Taiwan are able to defend themselves.”

Pointing to London’s unprecedented effort to embargo Russia, Truss insisted that “economic access is no longer a given. It has to be earned,” and that countries who wish to earn it “must play by the rules. And that includes China.”

The UK has sent a large quantity of weapons systems to Ukraine over the past several months, including NLAW anti-tank missiles and Stormer armored vehicles. British Armed Forces Minister James Heappey told Thames Radio on Wednesday it would be “completely legitimate” for Ukraine to use UK-supplied weapons to strike into Russian territory, to which the Russian military warned that any such attack would be met with a proper response.

Truss traveled to Russia in early February to threaten Moscow not to invade Ukraine, but ended up being widely mocked after multiple gaffes concerning geography. She first mistook the Baltic for the Black Sea in a BBC interview, then reportedly fell for a trick question from her Russian counterpart Sergey Lavrov and insisted London would “never recognize Russia’s sovereignty” over Rostov and Voronezh – Russian regions she mistook for the Donbass republics of Donetsk and Lugansk.

Starting her cabinet career as under-secretary for education and childcare in 2012, she has since held the environmental affairs, justice, treasury, and international trade portfolios, before replacing Dominic Raab as head of the Foreign Office in September 2021. 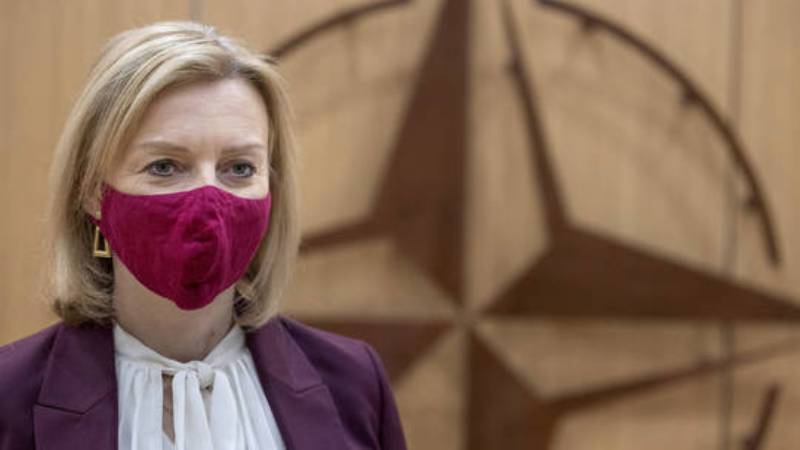