Former President Trump, who is widely known to be quick to bring lawsuits against his enemies, has signaled his intent to sue CNN for “repeated defamatory statements.”

The Daily Caller reports that Ifrah Law, citing Florida Statute § 770.02, filed a Notice of Intent ordering CNN “to publish a full and fair correction, apology, or retraction” in published pieces or broadcasts that allegedly made “false statements” about the former president.

The notice warned that failure to issue an apology would result in a lawsuit.

CNN reportedly paid millions to Nick Sandmann for making unsubstantiated and reckless defamatory statements, and several other suits are pending.

Ifrah Law warned: “Failure to publish such a correction, apology, or retraction will result in the filing of a lawsuit and damages being sought against you, CNN.”

In a series of tweets now deleted by the platform, Trump warned he would sue media outlets that have “defamed and defrauded the public,” particularly regarding stories profiling the 2020 presidential election results.

Trump wrote: “I have notified CNN of my intent to file a lawsuit over their repeated defamatory statements against me. … I will also be commencing actions against other media outlets who have defamed me and defrauded the public regarding the overwhelming evidence of fraud throughout the 2020 Election. I will never stop fighting for the truth and for the future of our Country!”

Trump accuses CNN of repeatedly allowing claims that he was “illegitimately elected” in the 2016 presidential election and also “fed a narrative” that repeatedly defamed Trump’s character before and after the 2020 election.

The complaint also claims that CNN inaccurately branded Trump as a “liar” and likened him to Adolf Hitler and communist leaders by labeling his election fraud claims as the “Big Lie.”

The complaint notes that “The network has [used] the term ‘Big Lie’ in relation to Trump more than 7,700 times since January 2021.” 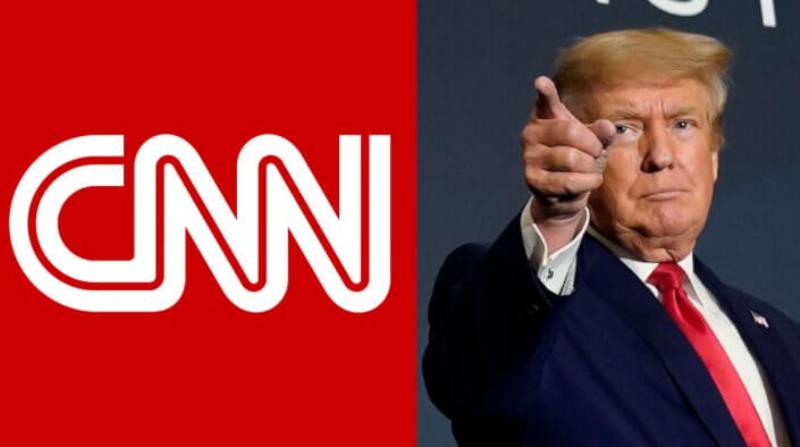 PrevPrevious“Paving a Digital Road to Hell?”
NextUkraine Is Being Used as a Proxy to Attack Russia. Everything the Media Spews Out About the Situation Is PropagandaNext