Washington believes its response to the Russia-Ukraine conflict gives it a stronger hand against China.

The US Department of State’s fact sheet on America’s relationship with Taiwan has recently changed.

References to America’s commitment to the One China Policy, the acknowledgement that Taiwan is “part of China,” were removed, and replaced with a series of paragraphs which instead detailed the importance of America’s relationship with Taiwan as an “Indo-Pacific Partner.” Albeit unofficially.

Beijing was quick to condemn the move publicly, accusing the US of undermining previous agreements. Coinciding with this, a phone call between US Secretary of Defence Llyod Austin and his Chinese counterpart also never mentioned the “One China Policy” on the US readout. Taiwan’s Foreign Minister, Joseph Wu, retweeted the conversation and proclaimed the One China “spell” had been broken.

Although not a new development, the United States, enabled by the context of the Ukraine conflict, sees an opportunity to ramp up tensions over Taiwan and strengthen its hand over the issue. In a process which China has described as “Salami Slicing”, America’s Taiwan position has been to pay lip service to its commitment to the One China Policy upfront, but otherwise subtly move the goalposts by increasing its political, diplomatic and military support to the island in order to weaken Beijing’s actual hand in achieving reunification objectives on its terms.

Such a policy is not of course an explicit endorsement of “Taiwan independence,” which China describes as the “red line” but nonetheless serves to de facto block Beijing from attaining its ambitions. While this has been ongoing since the Trump administration, for a number of reasons, the conflict in Ukraine is now enabling the US to do this more overtly than previously.

How has the situation in Ukraine brought about such a shift? First of all, the United States has calculated that the conflict between Moscow and Kiev strengthens Washington’s position by demonstrating that an effective economic, military and political deterrence can be applied to China over a potential invasion of the island.

Washington maintains, perhaps overconfidently, that it has “made an example of Russia” in terms of sanctions and unity in which allies have sought to support Ukraine, making the risks for Beijing clear. This narrative, of course, seeks to deliberately overlook the reality that China’s economy is far larger than Russia’s and has a much bigger influence on the world. For example, it is never considered that attempting to freeze China’s $3 trillion foreign reserves would cause a global financial meltdown.

Regardless, senior officials in the US have stated their belief that the events in Eastern Europe make China less likely to pursue military action upon seeing these risks, giving them strategic encouragement to push against Beijing’s red lines further. In addition to this, the one-sided western propaganda narrative bigging up Ukraine has raised questions as to whether China could readily defeat Taiwan, given the geography of it being a mountainous island across a deep-sea strait.

Secondly, the conflict in Ukraine has allowed the US greater control of the international narrative by framing things, as it always does to legitimize its foreign policy, in terms of a global struggle between democracy and authoritarianism. America clearly calculates that its allies would now be more willing to engage in a Taiwan contingency than they were previously and believes such a context effectively isolates China and limits its options.

Hence there would be coordinated efforts to pile western weaponry into Taiwan in a similar way to Ukraine. This leads the United States to perceive that ramping up tensions in this area further actually plays to their strategic interests and will allow them to attain greater unity against China.

This, combined with the above factor, clearly means that Washington has less hesitation about a conflict than ever before. Of course, there are huge risks, especially given there is some degree of ambiguity as to whether the US would intervene in that war directly, but nonetheless Ukraine has ultimately generated a huge amount of hubris in its favour. Thus, they are intent to move the goalposts further on the assumption there will be no consequences.

However, this does not mean China will be foolish enough to bite just yet. Beijing for now still perceives time to be on its side and is not desperate. It still has expanding resources and scope to increase its strategic and military capabilities, which include continuing to add to what is now the world’s largest navy in terms of ship numbers.

The flip side of the Ukraine conflict is that while it may have an immediate deterrent effect on a military level, it nonetheless allows China to re-think, re-assess, evaluate the response of the US and its allies, be honest about its own weaknesses and in turn develop new contingency plans in the view of avoiding traps the US has set.

Despite all the media noise, it should be noted finally that China is ultimately a very risk-averse state when it comes to foreign policy, and whilst it may demonstrate more military muscle and “showing of teeth” to lay out its hand, the chances are Xi Jinping will not pull the trigger unless he is absolutely confident the timing is right. For now, China’s economy remains his ultimate priority. 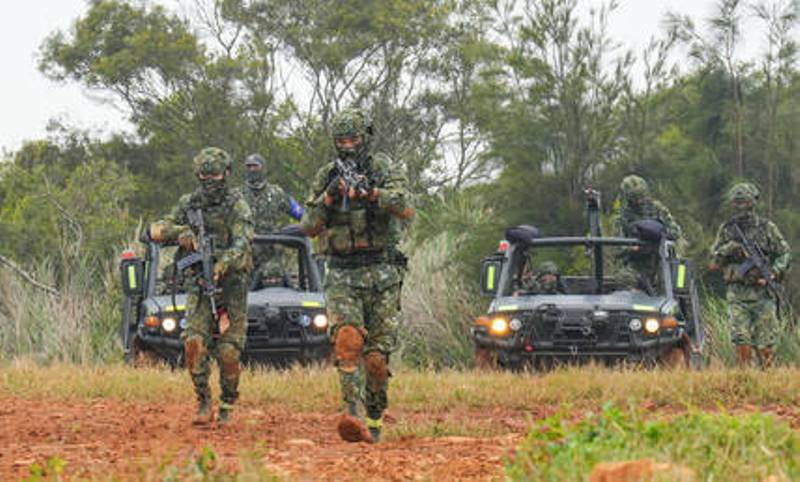