Persistent questions from voters and a petition with 5,000 signatures have convinced the Lycoming County Commissioners in Pennsylvania to recount its 2020 election results.

Around the state, loosely organized groups of voters have been asking various counties for recounts from 2020.

“In our county, they approached our commissioners and leveled allegations that there were thousands of uncounted votes in our county based on what I believe are nonsense statistics,” Lycoming County Director of Elections Forrest Lehman told The Epoch Times.

Groups of 20-80 people started attending county meetings asking for the recount. The county showed various information to answer their questions, Lehman said, but voters still wanted a recount and gathered some 5,000 signatures to make that request.

“That’s when county commissioners decided, as the board of elections, that if there are 5,000 people who signed this petition and have this belief, then we need to hand count these ballots in order to restore public trust in the outcomes of our elections,” Lehman said.

The county has about 70,000 registered voters and a population of around 120,000, so to the commissioners, 5,000 is a lot of signatures, he said.
“This is not something we want to do after every election, but we need to do it once, at least, in order to prove once and for all that our voting system counts the votes accurately and that there were not thousands of uncounted votes that were hidden by an algorithm or some other nonsense like that,” Lehman said. 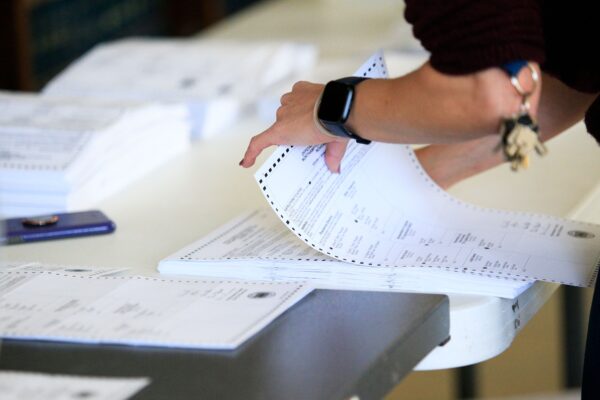 Lycoming County votes by machine. Voters fill in ovals on paper to indicate the candidate they want, then the paper is fed into a scanning machine where an image of the ballot is captured, and the vote is counted. The paper ballot is saved in a secure location. The scanned count is stored on a removable USB device on the scanning machine in each precinct, Lehman explained.

When the polls close, all precincts take their USB device to election headquarters, where each USB dumps its information into the county machine, and ultimately those vote totals are given to the Department of State for statewide totals.

That is not how the recount will go.

Instead, around 40 county staff members will hand count the nearly 60,000 paper ballots. They will look at two 2020 races—U.S. president and Pennsylvania auditor.

“We chose the auditor general as the second contest for two reasons,” Lehman said. “It is on the front of the ballot along with president, so that’ll eliminate the need to flip every ballot over. The other reason we picked auditor general is because that was a statewide contest that was won by a Republican. Because obviously the presidential contest was won by a Democrat.”

The county wants to look at voter behavior and see how often people split their vote between parties.

“There has been an inability to believe that voters might have split their tickets. That they might have voted for a Democratic president, but then they turned around and voted for a Republican for other offices,” Lehman said. “There’s been an inability to believe that people might do those things. Whereas, I absolutely know that people do those things because I see the ballots.”

He does not expect recount results to be precisely the same as the original report.

“We don’t expect that any recount of that many ballots is going to match one-to-one with the voting system,” Lehman said. “We expected that there will be human errors committed during that hand count.” But they also don’t expect to be off by the thousands, he said.

The Department of State sent counties a letter in November advising that, although the two year retention schedule for 2020 ballots was over in November, 2022, counties should look at their individual situations and, if they are challenges over the 2020 election, consider keeping the ballots longer. Lycoming County Commissioners intent to keep the ballots through 2023, Lehman said.

The recount will start Jan. 9 and could take a week or more.

“We have to get back to people being able to accept the outcomes of elections,” Lehman said. “Even if your side loses. You can’t just love democracy when you win.” 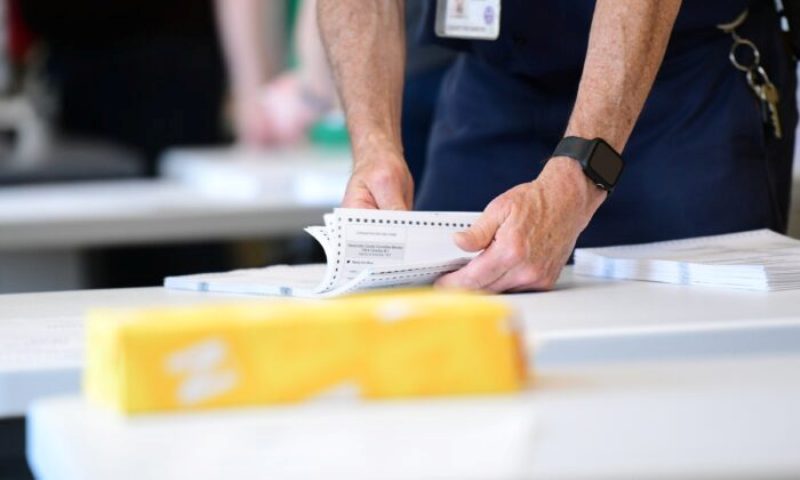 PrevPreviousAnd Now they Turn to Making Elon Musk Public Enemy #1, Because they Hate and Attack any Effective
NextNewly Released JFK Files Talking about how the CIA Funded and Started the Student Activist Group that was Formed to Overthrow BautistaNext