It shows the complete dependence of Ukrainian military capability on Western military and financial support, and intentions to escalate the war if Ukraine is well-supported, as well as seize back Crimea from Russia, and engage in massive artillery and other air attacks on Russian territory. But the most important aspects of the article are indications of the Ukrainian military command’s disagreement with President Volodomyr Zelenskiy to conduct the present offensives in the south in the Kherson direction and in the north in the Izyum direction without the proper preparation and sufficient manpower and weaponry and instead carry out a military offensive for what seem to be largely political reasons at great costs to Ukraine’s personnel and weapons stockpiles without any real prospects of making a permanent breakthrough on either front.

In brief, Zalyuzhnyi article reads like a cryptic critique of Zelenskiy’s September counteroffensives in the south and north. In arguing for the creation of a Ukrainian military capable of conducting a counteroffensive “in 2023” to take Crimea, Zalyuzhnyi notes: “turning to the situation in which the Armed Forces of Ukraine are likely to be in 2023, everything seems less clear. In fact, for the Armed Forces of Ukraine, the situation will be a complex combination of the actual position of the collision line, the available resources and a set of combat-ready troops and, obviously, finding a strategic initiative in the hands of the enemy. At the same time, following this logic, we will express strong reservations about the outline of the line of collision from the point of view of the Ukrainian side. Its contours have an extremely unfavorable configuration, again on the Izyum and Bakhmut directions. The enemy’s significant interference shackles any operational maneuver for the Ukrainian troops and requires, in fact, a double set of forces to contain it.” In other words, the Ukrainian military lacks at present the forces necessary for conducting the counteroffensive currently underway around the Izyum bridgehead in the north, slightly east of Kharkiv.

The situation “in the south and east is no better,” writes Zaluzhnyi. He notes: “The threat of the enemy’s advance in the direction of Zaporozhye has already been noted. In addition, the danger of the enemy developing partial success in the direction of Gulyai-Pole is not disappearing, which, under certain conditions, could pose a threat to the capture of the entire grouping of Ukrainian troops in the East. The existence of the enemy’s operational bridgehead on the right bank of the Dnieper River requires additional efforts to prevent its expansion.”

As simultaneous counteroffensives, surely approved if not conceptualized and certainly ordered by Zelenskiy are ongoing in early autumn 2022, Zaluzhnyi calls for “several consecutive, and ideally simultaneous counter-attacks during the 2023 campaign.”

He then outlines a series of measures – the creation of 20 new brigades and weapons systems capable of striking Russia at a depth of 2000 kilometers, for example — needed to be taken before such simultaneous counteroffensives, an offensive to take Crimea, and bringing the war to Russian territory and its population can begin in 2023-2024.
Finally, it is perhaps a cryptic signal that Zaluzhnyi chose as his co-author a leader of the opposition ‘European Solidarity’ party led by former president Petro Poroshenko, now under indictment by Zelenskyi’s prosecutors.

The article came out on the background of ‘chatter’ in the Ukrainian and Russian press, media, in particular on Telegram channels reporting that Zaluzhniy was opposed to Zelenskiy’s plan to conduct dual counteroffensives now, that Zaluzhnyi recently convinced Zelenskiy to halt the southern counteroffensive in Kherson and divert resources to the northern counteroffensive in Izyum.
This article is a clear, if somewhat cryptic expression fo Zaluzhnyi’s disagreement with Zelenskiy’s hasty Kherson and Izyum offensives and is important for at least four reasons. First, it is more evidence of the tensions between the military and political leaderships in the country – understandable in the current near catastrophic situation Ukraine finds itself in – and between the Office of the President and Zelenskiy, on the one hand, and the military command and elements within the political opposition, on the other hand, over the conduct of the war. Second, these tensions risk the politicization of the military and a grave deterioration in civil-military relations – a precondition for a military or palace coup supported by the military. Third, an alliance of the Poroshenko-supportive portion of the Ukrainian opposition with any military opposition –particularly if it includes the neofascist element in society and the military — would pose a grave threat to Zelenskiy’s regime. Fourth, these risks are likely to grow should the Kherson and Izyum offensives become complete failures with high casualties and great damage to the army’s morale and operational capacity.
Although we are certainly not there yet, the risk of instability in Kiev appears real and could be growing.

— analysis was written by an American scholar Gordon Hahn 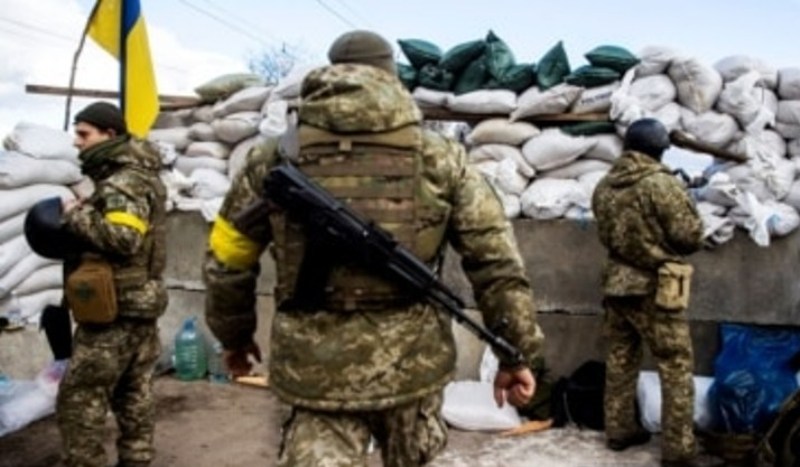 PrevPreviousIf you had to Choose a Form of Currency to Use Between the Proposed Central Bank’s Digital Crypto Currency Which Would Give them Total Control or Use Your Favourite Crypto Currency
NextMillions are Dropping Like Flies Says Doctor, as Llife Wxpectancy CrashesNext