We cordially invite you to a live broadcast of the first Republic of Poland Members of Parliament Investigation Committee as part of the Nuremberg 2.0 project with the special guest Dr. Reiner Fuellmich attendance. Many were demanding an update to our first story, well here it is!

The committee will be led by the Member of Parliament Grzegorz Braun and prof. Mirosław Piotrowski, Paweł Skutecki, attorney Jacek Wilk.

Among other guests attending the committee you can find: attorney Arkadiusz Tetela, attorney Krzysztof Łopatowski and attorney Jarosław Litwin.

This following video which you can watch at the bottom has been live broadcasted on November 15 th (Monday) at 11:00 AM CET (Central European Time).

What are the goals of the project?
The goal of the project is to activate conscious and responsible Poles to collect historical and legal documentation describing acts of crimes, lawlessness, abuses and omissions of public authority and to document individual tragedies unknown to the wider public today, which you will want to voluntarily share with us.

How are we going to achieve the goals of the project?
We will collect and register documentation and individual legal acts will be prepared to formulate charges and indict specific persons directly or indirectly responsible for the committed crimes. We will also register professional archival documentation and on its basis, we will publish historical journals under the collective name of “Journals Nuremberg 2.0”.

What was the reason for setting up the project?
As a consequence of the decisions of the Polish government, and in particular of the Ministry of Health and its subordinate agencies, many human injustices and grievances were caused and the victims were primarily Poles – citizens of the Republic of Poland.

Where does the name of our project come from?
The Nuremberg 2.0 project recalls the trial known from the history: the National Socialist system of the Third Reich was tried for the crimes committed by those who represented policies and rules implemented by this system . The name of our project is purely symbolic. 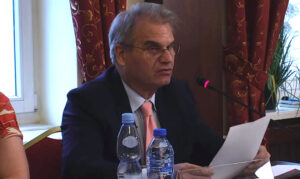